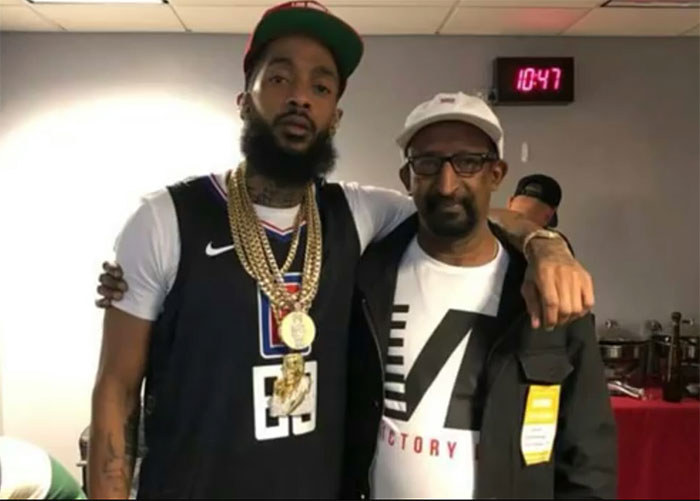 He is the late Ermias Dawit Asghedom aka Nipsey Hussle’s father- Dawit Asghedom. As a father who has raised such a successful son in a foreign country, we have conducted an interview regarding how demanding it is to raise children abroad who have strong attachment with their home country.

First, I would like to thank you for inviting me. It always feels good to be home. However, this time I’m here in my home country after a long time because of many reasons, covid-19 being among them. So it feels great to be here again after around three years. Most of all, when you come back home you get the time to rest unlike our lives in the US. During the past three years, a lot of things have changed including the addition of a new baby to the family. My niece’s baby, he is two years old now. So everything feels beautiful now that I’m home. 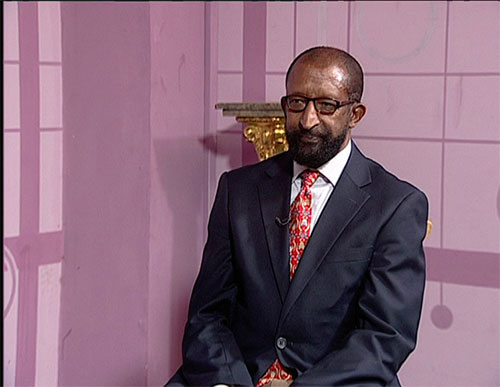 Eritreans in the diaspora have been struggling for a very long time with their personal lives. However, their country is always on the picture. All over the world, they work to give what is required of them. For instance, in the mainstream media, there is misinformation about Eritrea. They say all the bad things they can to make Eritreans look bad. Hearing such fabricated information really hurts when you actually know what exactly the truth is and such things encouraged us to organize ourselves and fight against those biased information. We go to higher offices to tell what the true story is. To tackle all those things aimed at destroying us, we are very well organized and working so hard.

There are many people who deserve the credit for my success in teaching my boys about their people and culture. Of course I did my best and so has their mother, but their grandparents, my friends and the community as a whole have played their role. As for me, there is one thing I consider as the secret for my kids to be like this. I left my country when I was young. However, I have always had a strong sense of nationalism and that made me an active member in the social, political and other matters regarding Eritrea. When they were kids, I used to take them to the Eritrean community, cultural shows, and wedding ceremonies. Their young age made them grab a lot from such events and gatherings and they were well acquainted with the culture and their people. They loved it. For them, it was something unique in comparison with what was in their surrounding in the US. The mother of my kids was also fond of the culture which was a big help. In 2005, when I brought them here for almost three months, we visited places like Massawa. They saw the cultural activities themselves and they tasted the food. They loved it because they experienced it in its original place. I took them to Sawa to show them how the youth are working hard to build their country and how the national service is so important. Back then, everyone was friendly and welcoming and they felt the sense of belongingness here in Eritrea. When we got here, they met their cousins and the rest of the family. They had such a quality time with their own people. That trip left an impression on them and that’s when they started to fall in love with their country . Among my kids, Ermias used to love reading books. So I used to give him articles and books that helped him to know about the history of Eritrea, the armed struggle of the Eritrean people and all the hardships that was experienced to bring independence. When we went back to the US, they were filled with love and they made their way back home in 2018 again. So the fact that they grew up with the Eritrean community in America, reading histories about their country and most of all visiting their homeland was the secret I believe. 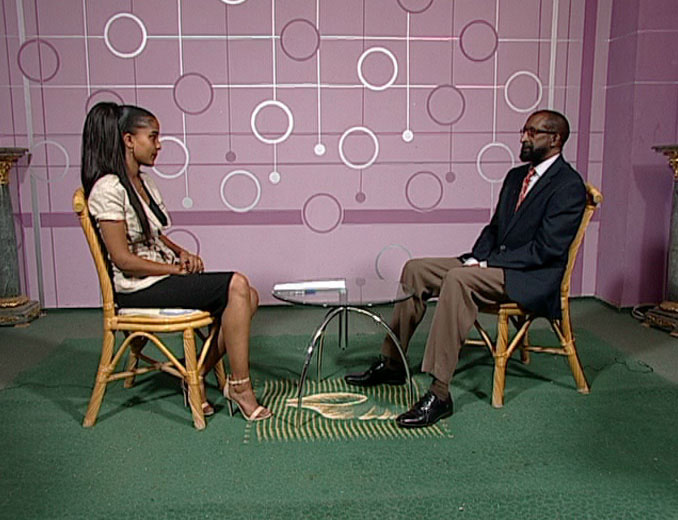 Surprisingly, I realized that he made a lot of influence on many people after he died. The message he was sending through his works was a big deal for many people. On the streets, the people came out of their windows and gave us love by tapping on their chest. The streets were full of pictures of Ermias. He has always been bent to help others. There are a lot of examples but I will tell you two stories for now. One day, I went to his burial place to drop a flower. There were a lot of people who came there for the same reason. They gave me some moment with my son and distanced themselves from me. After I finished, an Asian guy approached me and told me a story. “I was once learning to be a physician and suddenly gave up and was thinking of quitting”. Then someone gave him a book about Nipsey and his album for him to read and listen to his songs. He then said, “When I read the books and heard his songs, I was filled with hope and got the courage to stand up again. Life is like a marathon and it is full of bumps. However, you should never give up was Nipsey’s message”. Now he graduated and became what he wanted to be. Another story is, I was invited to a restaurant to have a dinner with a friend. A mother with her little boy was there to celebrate her son’s birthday. When he saw me, he told his mom that taking a picture with me would be the best birthday gift ever. So she came and asked if her son could take a picture with me. I asked the kid what exactly he knows about Nipsey and gave me a short and interesting answer, “He is my motivator. Not only to be a rapper, but in everything”. His story makes you feel as if he is still alive. This and all therefore encourages you to push more on what he has been doing before his death because at some point you can feel how much space he has got in people’s hearts. We are doing the things he has always wanted to do to keep his legacy. There were some songs he sang but was not able to release them. Now they are already released. The clothing business is doing well too. We are thinking of opening a new store within six months. We will soon do some projects here in Eritrea. We have already started working on Nipsey’s documentary and it is going to be about his life and where his homeland is.