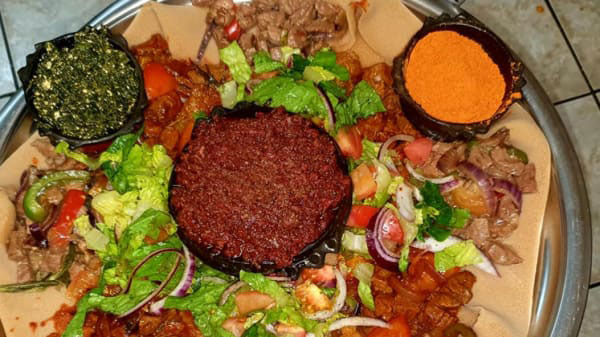 There was a time when I used to confuse RSVP with SRPQ that appear in invitation cards. It was later on that I learned the latter acronym stood for Senatus Romanus Populusque or something like that which has something to do with the Roman Senates in the past. Do they want me to wear a toga?

Then I found out that the first acronym means “Please Reply” in French. To be frank I never replied and I didn’t see the reason why, for in our culture you don’t tell your host that you are not coming to the party. And if you decide to go anyway, taking your friend along is not considered a breach of propriety. After all, the host is there to give out everything he/she has in the house and is prepared for any eventuality.

Another term used in invitation cards is Regrets Only. Although it is very clear to anyone, sometimes it makes you think that it had a different interpretation. Like, for example, you call your hosts telling them how much you regretted spending the night with them when you should have stayed home playing with the cat.

Add to this instructions that tell you that you should dress casually or formally, that you should bring the invitation card along and present it at the gate, that you could bring your wife (if married) but not your kids, etc. and you feel a bit uneasy.

Time for a story!

Yonas, the foodie and a bachelor by choice, was once given by a friend an invitation card which instructed him in no uncertain terms that he should be there at 1pm. “Let us respect time,” it concluded.

Being a very time-conscious person he arrived at the site at 12:45 and was ushered into an empty hall with few cooks and members of the organizing committee moving here and there. For all they cared he could be a wedding feast nut who could not contain his feelings. He waited for one hour to see the hall half-full and another half-hour for the organizing committee to become aware of the guests. Even though the bottles of Suwa and soft drinks sat quietly on the table, no one was allowed to touch them until the priest gave the departing signal by saying grace. The bride and groom arrived at 2:30pm. The guests were only able to eat at 3. It was a buffet with a long and tortuous queue. Yonas has seen people returning to their tables heaping their plates with all kinds of food. When his turn arrived, there was no trace of food on the banquet table. It was gone. Bad food management plus unbridled gluttony. What is this craze with food that blinds men to their noble mission on earth? Have they not heard that man does not live by bread alone? If it were not for some kind-hearted people, who understood the Gospel words above, he would have left the feast with an empty stomach and an everlasting grudge.

Most of the time the food we eat at formal invitations are not good. That’s why people flock to the table that dispenses drinks. I have a feeling that Eritreans relish drinks more than they do food; and whisky is their favorite. Otherwise one becomes fed up in the end with mortadellas and cheese that are served in most receptions in Asmara. First food and drinks are served, followed by more food and drinks.

Those who are satiated express their gratitude and leave. But those who know the secret prefer to stay. Besides, they know how to wait. Yonas is one of them. He plays the vulture. Finally the long expected cheese, the well-reserved Gaelic invention, which gladdened the palates of European monarchs in the past, arrives and the invited guests become restive. With determined steps they approach the table where le fromage is displayed. It is gastronomic masterpiece. La Gruyere (tastes like garlic), Camembert (tastes like ricotta), cow cheese, goat cheese, sheep cheese (which tastes like brine), and cheese that smells like rotten egg, that tastes like eye ointment and feels like cork (apology to the gourmets). Apparently you eat it and feel like medieval hero but your breath stinks so much that your spouse may end up deciding to join the French Foreign Legion just to stay away from you. “One of the reasons I am not married,” says Yonas. “I can eat all the cheese I want.”

But the most exquisite food that had left an everlasting impression in Yonas’s taste buds was served to him by one of his Russian friends in a neighboring country. As he sat in the living room with a friend he brought along, they waited for the sumptuous dinner to arrive. The waitress trotted in carrying half-full glasses of Coke and bowls of peanuts. “What is going on?” Yonas asked himself. Has the Russian received a dispatch regarding some kind of policy change attacking good food as yet another decadent bourgeois culture? But Yonas, the experienced foodie, again played the vulture. He waited.

But when his host took him to the adjacent room and showed him a documentary film on the triumph of the Bolsheviks, his heart sunk. When the film came to an end and the room was lit again, they were shown to a vast hall filled with all sorts of food to feast one’s eyes on. Roasted fish, smoked fish, caviar, steak tartar, fried potatoes, roasted meat, fondue de Bourguignon, various kinds of pastry, fruits, drinks, enough to fill the stomachs of a full regiment of a Cossack army. “Aha! So he was trying to test our will power right from the start?” said Yonas to himself. His friend who congratulated himself for deciding to wait felt like singing the international.

That was a long time ago. And the stomach has a tendency to forget just as much as does the mind.

Something similar to the old experience was in one way or another repeated in a reception given at the Roof Garden restaurant on the fifth floor of the National Insurance Corporation of Eritrea.

When he first saw the site, with its Irish pub, he thought it was some sort of a night club. With an invitation card in his hand (he couldn’t put it in his pocket given its size) he marched to the place and presented himself.

He was told by some of the organizers that Chinese and Indian dishes were available any time. The idea of inviting people was simply to introduce them to the shapes of things to come. Based on this he was served with all types of food that would make a Five Star restaurant chef turn green with envy.