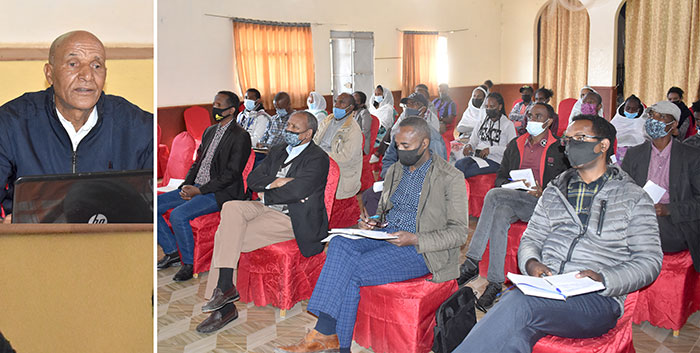 According to the report presented at the activity assessment meeting conducted in Mendefera on 27 January, 8 thousand 691 have been beneficiaries at individual and at groups levels.

Indicating that 63% of the beneficiaries have been females, Mr. Tirfe Gebreyohannes, head of the program in the Southern Region, said that out of the beneficiaries 32% are engaged in agricultural activities, 29% in small scale trade and the remaining are government employees.

Pointing out that there is untapped investment opportunity in the region, Mr. Tirfe called on the sub-zonal administrations to support the program in its effort to expand its activity in the region.

Calling for providing due attention in supporting females to become beneficiaries of the program and improve their livelihoods, Mr. Habteab Tesfatsion, Governor of the Southern Region, called on all concerned institutions to support the program in all its endeavors.

Micro-credit and saving program in the Southern Region has village banks in 160 administrative areas and in 661 villages.