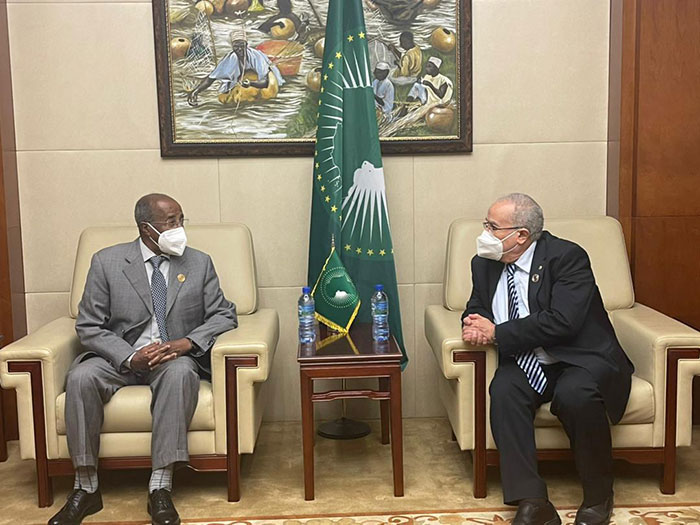 Asmara, 04 February 2022- Senior Eritrean delegation composed of Mr. Osman Saleh, Minister of Foreign Affairs and Presidential Adviser Mr. Yemane Gebreab is participating at the 35th Summit of the African Union taking place from 2 to 6 February at the Headquarters of the Union in Addis Ababa, Ethiopia.

The 35th AU Summit is being held under the theme “Strengthening Resilience in Nutrition and Food Security on the African Continent: Strengthening Agro-Food System, Health and Social Protection Systems for the Acceleration of Human, Social and Economic Capital Development”.

On the sidelines of the Summit the Eritrean delegation met and held talks with representatives of African Union member states and organizations. 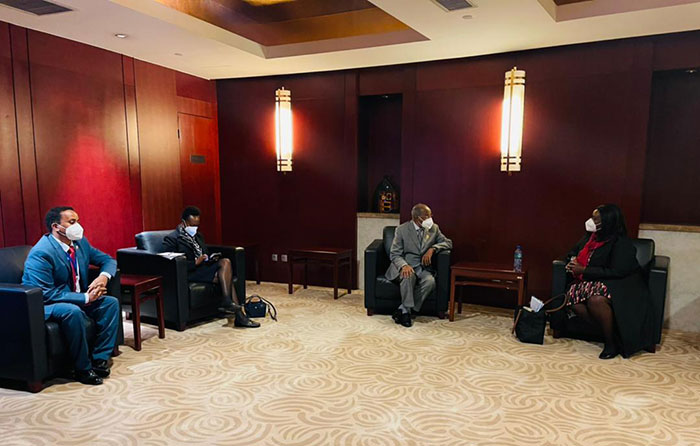 During the bilateral meeting that Minister Osman Saleh held on 3 February with Ambassador Raychelle Omamo, Minister of Foreign Affairs of the Republic of Kenya, the two sides discussed focusing on consolidation of bilateral ties between the two countries, and on the importance of coordinating efforts to promote peace, stability and development in the Horn of Africa.

In the meeting, Minister Osman held with Mr. Ramtane Lamamra, Minister of Foreign Affairs and Community Abroad of Algeria, the two Ministers discussed on bilateral relations, as well as regional and continental issues of mutual concern.

“Development Work is Taking Place in Eritrea According to its Own National Vision”, Mr. Yacoub