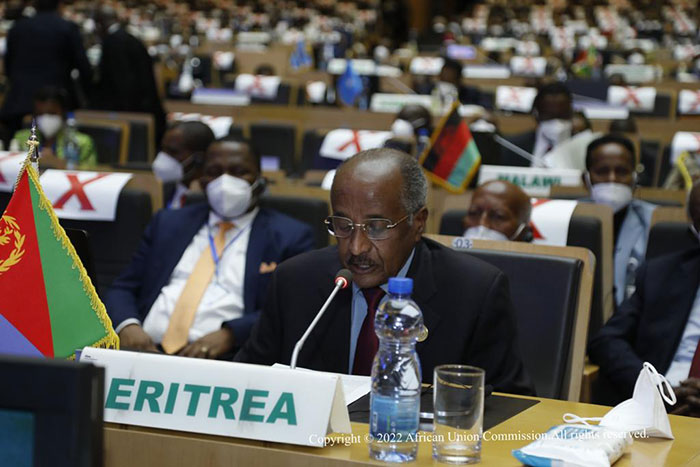 Minister of Foreign Affairs of the State of Eritrea

Let me first join previous speakers to express our gratitude to the Government and people of the Federal Democratic Republic of Ethiopia for the warm hospitality accorded to us.  Let me also avail of the occasion to convey to this august assembly the warm greetings and best wishes of success from your Brother, President Isaias Afwerki.

This Summit is taking place at a very critical juncture in global developments. These are times where global rivalry between major power blocs has come into the forefront; when the paradigm that underpinned the uni-polar international order for the past thirty years appears to undergo a radical shift due to new dynamics in the global pecking order of power and influence.

Developments in Ukraine, the South China Sea, the Korean Peninsula, the Middle East and other hot spots are testimonies to the seismic changes underway.

In all these instances, Africa remains a mere bystander unable to play a significant role; to make its voice heard and/or to protect its interests.

Indeed, in so many parts of Africa – recent episodes in Mali, Guinea, and the Horn are illustrative cases – the pattern we see is for major Western powers to literally issue condescending ultimatums and diktat to shape developments through the prism of their own interests.  From their perspective, Africa has no independent say or latitude to determine matters in its own house.

These realities provoke a host of questions at this critical juncture.  It behooves on us – indeed we have no option but to critically assess the path we have treaded in the past sixty years since our continental organization, the OAU, was established in 1963.  We need to chart out an integrated continental strategy to ensure that Africa’s economic, technological, political and diplomatic stature is commensurate with its potential and that enables Africa to occupy its right place in the world.

The original precepts and aspirations that impelled the Founding Fathers to establish the OAU on 25 May 1963 remain as valid as ever.  The pursuit of cooperation and integration between African countries and regions in order to guarantee a high quality of life of the African population; the protection and preservation of the independence, sovereignty, and territorial integrity of the member States; and the elimination of colonial rule (the Liberation Committee was formed to that end); were noble ideals whose importance and relevance have not diminished with time.

If the envisioned aspirations and solemn objectives and goals mapped out at the outset were not fulfilled, the deficit did not stem from inappropriate or incoherent vision. The underlying cause of failure was indeed the debilitating discrepancy between ideals and concrete practices; from Africa’s subordination and subservience to external interests and political stewardship.

The revitalization of the OAU through the establishment of the AU in 2001 was prompted by the desire and objective to rectify these perceived weaknesses.

Unfortunately, the African Union has not fared better in the past twenty years.  In the realm of national security, the debacle in Libya occurred under the watch of the African Union. Africa is today a host for a plethora of foreign military bases and external interventionist forces under the ruse of fighting terrorism.  In most conflict situations, the “peace dossier” is invariably managed under the auspices of US/EU “Contact Groups” and “Special Envoys” to the full exclusion of Africa and/or relevant local regional stakeholders.

Africa’s huge economic potential – that constitutes 60% of global endowments – remains yet to be translated to generate local wealth and render Africa the economic power house that it deserves to be.  In spite of huge investments in human capital, Africa remains confined to the production and export of primary commodities.  The lack of capacity and investment in value addition continues to perpetuate a lop-sided and exploitative international trade regime.

And unless Africa gets its act together, future prospects and trends will only remain gloomier.  The whopping population of 1.2 billion is slated to increase substantially in the near future with current average annual growth rate of 3%.  The debilitating trends of brain drain and migration of Africa’s youth will not subside unless the continent and all its member States embark on dynamic, vibrant and sustainable spiral of economic growth with enduring internal stability. 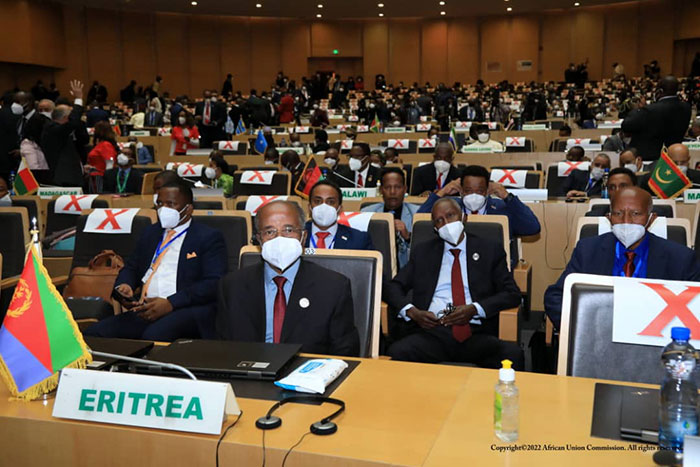 Parochial politics of ethnic and religious strife, the exclusion of vast segments of society in the governance architectures, and pursuit of economic policies that deprive and marginalize the majority of the populations are other profound malaises that will require urgent redress for Africa to re-launch itself on the path of sustainable and equitable development.

These formidable challenges will require multi-faceted and synergetic approaches, and, viable strategies at the national, regional and continental levels.  The three-track approach will enhance coherence, complementarity and practicality of the strategies that are mapped out.

Indeed, much hope was vested in the judicious modular approach of bolstering the regional organizations of economic cooperation as indispensable building blocks for eventual continental integration.  Unfortunately, progress along this modular approach and the performance of the organizations formed to that end – SADC, IGAD, CINSAD, ECOWAS – remains far from satisfactory to-date.

All these factors underline the imperative for more vigorous engagement to revitalize the African Union, to chart out new strategies at all levels through a multi-track approach to ensure restitution of appropriate economic and political power to Africa that is commensurate with its true potential.