Peaceful Coexistence and Mutual Respect as Principles of Human Rights: A Lesson from Eritrea

To better understand countries such as Eritrea, one should make an analysis at the village of the social makeup in the country and try to figure out what binds the society together despite its diversity.

In the 21st century, where the world is unbelievably divided along racial, ethnic, religious, and even political lines, I am sure that the harmony of the heterogeneous Eritrean society would come as a surprise to an outsider. But not to the residents of places such as the Seleba area.

The Seleba area (which incorporates Sheeb Seleba among many other villages) refers to a group of villages near Debre-Sina. The Seleba area, including Debre Sina, is within Elabered sub-zone, in Anseba region. Though small, the Seleba area is home to three of Eritrea’s nine ethnic groups – Bilen, Tigre and Tigrigna. Their diversity is not limited to their ethnicity and is evident in their religions as well. Some are Catholics, some Orthodox Christians, some Muslims and some Protestants. The people engage in subsistence farming and raising animals. In short, the area is a microcosm of Eritrea. But what grabbed my attention was not the people’s way of living as I know a considerable proportion of the Eritrean people are farmers. It is rather their belief in peaceful coexistence and mutual respect.

As a civil servant in the Seleba area, I have had opportunities to make observations. The first question that crossed my mind when I first went there was “How on earth could these people who speak different languages and have different religions get along!?” I began to ask questions and make very keen observations.

I learned that the Catholics, Orthodox Christians, Muslims and Protestants have lived there for centuries without any serious dispute. Then I thought “Who can ever dare preach ‘human rights’ to these people?” The people who live in Seleba area do not preach ‘human rights’ verbally, as do our Western scholars and leaders. They just practice and live it. Trust me. It is very natural. No authority has imposed it on them. Then, I deliberately tried to tell who is who by just chatting with different villagers of all walks of life and seeing the decors in their houses, the clothes they wear and even the churches they go to.

The first problem, if one wants to draw a clear-cut line among them, is that almost everyone is multilingual. They all speak one another’s language. Nobody can tell who is Bilen, Tigre or Tigrigna. The other thing I tried to observe is the décor and ornaments of the houses. I thought observing these things would help me who is who. I ended up having a hard time differentiating the Orthodox Christians and the Catholics. All of them have icons of Saints hung on their walls. Seeing rosaries hung on the walls and necks of the villagers at first made me think they were Catholics. But later I found out that the rosary is not of the Catholics only but everyones. Speaking of icons, there is no house without the icons of Jesus Christ and the Virgin St. Mary. The people are so united that some adults do not even know the difference between the religions. I talked to a young lady in her mid-twenties who had told me that she had thought Catholic and Orthodox were synonyms until she turned twenty. So innocent. And I wished that innocence has been practiced on an international level.

The other thing that amazed me is the visit the villagers pay to one another during their get-together (mahber). As is the norm among the majority of Christians in Eritrea, these people have monthly get-togethers commemorating Saints. The Catholics and their Orthodox counterparts visit each other on the day the mahber’s Saint is celebrated. It doesn’t surprise me anymore. What I found stunning was seeing the Tigre Muslims pay their respect by visiting the Christian hosts. My surprise continued as I learned that the Catholic and Orthodox priests are equally respected by everyone, including the Muslims, as are the Sheiks respected by the Christians. Finally, I attempted to briefly study and trace their lineage. I learned that they intermarry and do not even care about the village or religion of the person when they want to get married. 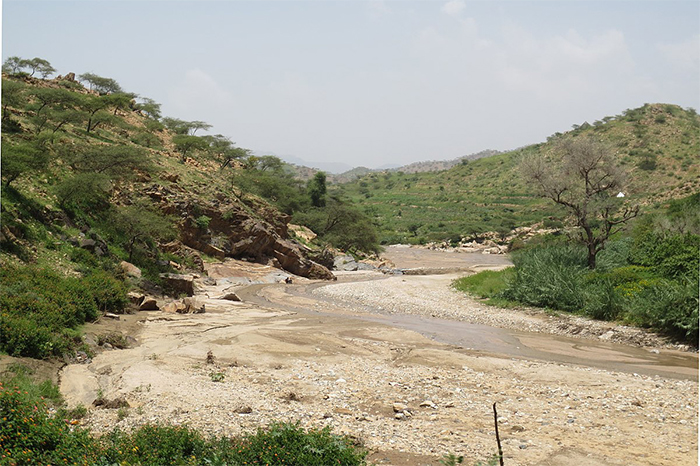 The reason I have shared this story of the Seleba area is that I believe nations of the world can draw lessons of peaceful coexistence and mutual respect from such simple communities. The love and respect they share is what have been binding the people together for generations. And when the United States and other countries in the West preach ‘human rights, they should be aware of the fact that they are overlooking countries like Eritrea that are composed of communities as simple and as dignified as those in the Seleba area.

It should be pointed out that when the US and its Western allies accuse others or try to preach ‘human rights’, they should make sure that they too are practicing it. It is unfair to portray a society as a stranger to human rights when it had fought for thirty long years in its pursuit. It is totally immoral to consistently accuse a country that is composed of communities that live in harmony with a strong belief in coexistence and mutual respect.

Taking lessons from such people, nations of the world, in general, and the US-led West, in particular, must learn to believe in peaceful coexistence. The US must teach itself to respect the cultural values and norms of other societies that have history of civilizations that existed way long before the US was founded. Preachers of ‘human rights’ should also realize that it is impossible to impose their views on others and “Americanize” the world once and for all. Because fool is he who thinks he can teach ‘human rights’ to those who have been practicing it for ages.