Massawa: Pearl of the Red Sea 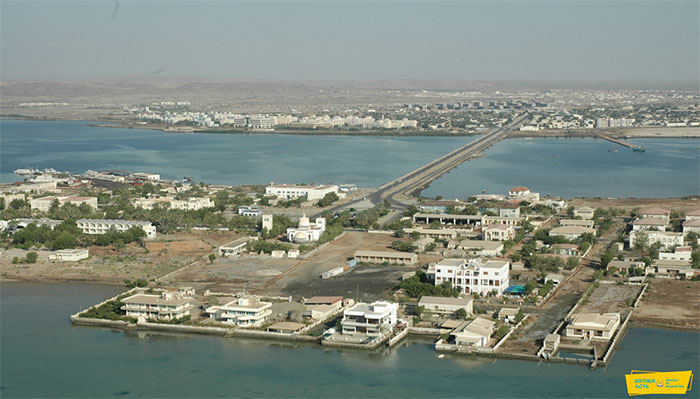 The port city of Massawa is celebrating the 32nd Anniversary of Operation Fenkil, a decisive battle fought to liberate Massawa from the invading Ethiopian regime and a game-changer in the Eritrean people’s struggle for the total liberation of Eritrea. On this festive season, it is worth writing some words about Massawa.

From ancient times to this day, Massawa has been an eye catching, economically and culturally, strategic city for various colonizers including Portugal, Turkey, Egypt, Britain, Italy and Ethiopia. And that is the reason why Massawa’s exotic structural beauty of art goes back to hundreds of years following the invasion of the Ottoman Empire, the Egyptians and finally Italians in successions. All of these colonialists have left a legacy of their artistic dexterity believing that they will inherit this wondrous pearl of the Red Sea.

The amusement starts from the moment you reached Bete-Ghiorgis living Asmara behind. The journey to Massawa is really breath taking with the picturesque sight of the mountains along with the clouds which seems like both the clouds and mountains are blending together. Reaching the port city of Massawa after two hours journey experiencing three seasons is indeed wonderful. 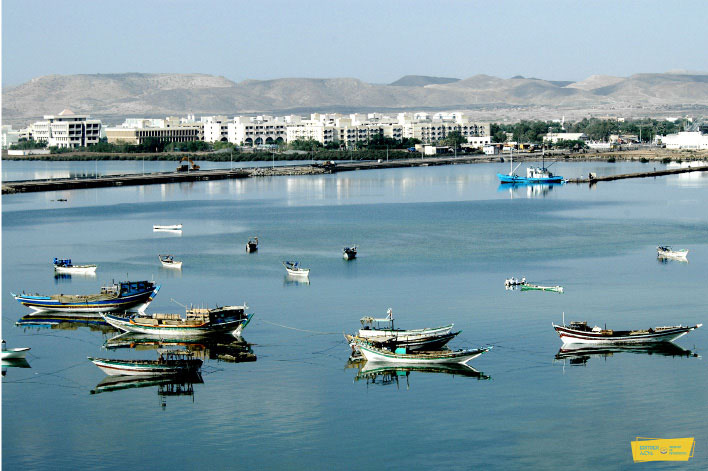 Comprising two islands, two peninsulas and landlocked villages, Massawa served as the capital of Eritrea, during the early years of the Italian colonization from 1890 up to 1899. Various history books indicate that the name Massawa was derived from an Arabic word, ‘Messewa’e’. It also narrates the story of the people from Rie’si Midri, who used to scream over the sea to communicate with their counterparts in Grar, who were located a few meters, but separated by the sea. Oral traditions also say that the first dwellers of Massawa were called the ‘Massawas’, which was later adopted to Mit’siwae. On the other hand, the name Batsi’e, another name for Mit’siwae, was frequently mentioned in some Arab writtings around the 8th Century AD. Although Dahlak served as the center of coastal civilization between the 8th and the 14th Century AD after Adulis was dissolved, Massawa, with its deep sea shores and favorable docking areas started to develop as a port city from the 15th Century.

Massawa has witnessed a handful of historic junctures in its existence. This time, Massawa has various elegant and ancient buildings, which depict its historical trade and cultural connections with the rest of the world. The Mosque of ‘Asahaba’, located in the Riesi Midri area, was built in 615 AD by the followers of Mohammed who escaped persecution and brought Islam Religion to Africa through that area and is believed to be the first Mosque in the world.

The Shafi’e Mosque is also one of the most ancient Mosques in Africa built in the 11th Century AD. Anotehr ancient Mosque, which was built in the 16th Century AD is also the Sheik Hamal Mosque, making the port city a land mark which witnessed the unity of the faith of both the ancient religions. The Hanafi, Sheik Dirbush, Sheik Said (Green Island) and the Sheik Abdel Kader in Gerar are also notable ancient mosques in Massawa.

In various ancient writings, the port city of Massawa is also referred as the ‘Pearl of the Red Sea’, because of its strategic location in the Red Sea. Besides, Massawa has naturally deep seashores, favorable for docking ship, calm sea territory, strategic proximity to the Mediterranean Sea and the Indian Ocean, art deco buildings, as well as variety of marine bio-diversity. 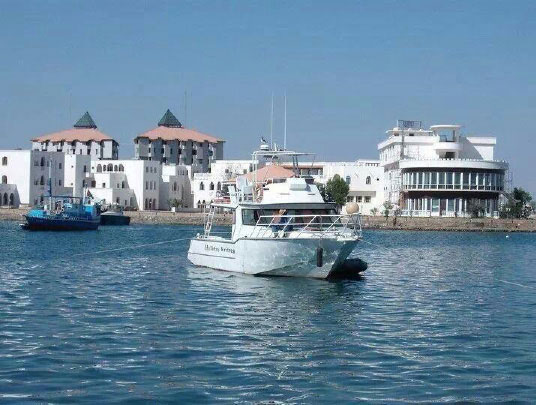 Only a few infrastructure works during the Turkish colonial era, the fortress in forto and water reservoirs and a handful of buildings were recorded. The infrastructure activities during the Egyptian colonial period (1865-1885) was better, out of which the major ones worth mentioning are 250 meters long land bridge of Bab Ashera, as well as the 850 meters long land bridge, which connects Tiwalet and Edaga, were constructed in 1872- 1873. The biggest building, which is called ‘Biete Mengisti’, was also constructed by Pasha Munzinger, the then representative of Egyptians, in Massawa.

The tomb of Sheik Mohamed Bin Ali Bin Alamin is also a very historical religious site, which was and is frequently visited by Eritreans from different corners of the country and foreigners starting from the 19th Century. Owing to its relatively favorable climate, it is said that councils from France, Britain and the Sudan used to live at Umkulu. It is also told that the first printing press and the first evangelical church in Eritrea were located in this part of the city in 1875. 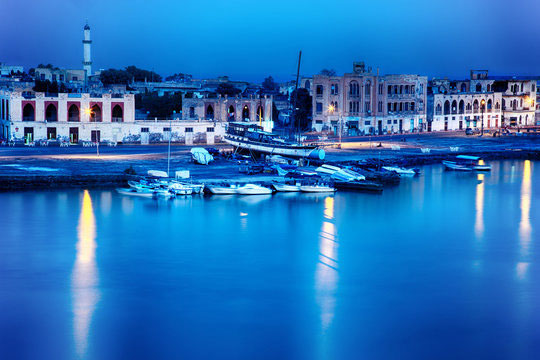 The Turks, who occupied Massawa from 1557-1865 up to have left notable constructions like the massive water reserve in Emkulu and forts in and around Massawa. The Turks constructed the buildings using rough corals and today anyone familiar with the architectures can notice and identify the Turkish buildings at the eastern part of the port city. Most of the buildings in the old town, on the other hand, were built during the Egyptian colonial period (1865-1885). The buildings that were constructed during that period were made up of coral bricks cut into square bricks. The landmark building, the governor´s palace, was built in the northern east part of Tawalud (Tiwalet) from 1872 to 1875 and was successively occupied by Egyptian and Italian governors and later by Emperor Haile Selassie.

The port city of Massawa is an old town owing its mixed architectural style to Turkish, Egyptian, and Italian colonizers apart from its medieval heritage. The buildings were built using coral stones extracted from its surroundings and mainly from the Dahlak archipelago.

The port city of Massawa is rich in historical and archaeological sites, a series of historical events and a strategic location in the international trade route with unpolluted sea coast comfortable for swimming, snorkeling and diving and calm and deep sea with plentiful marine bio-diversity. Massawa will be a hub of trade and investment, source of powerful economy, base and harmony of socio-cultural values of the nation and a tourist destination area. Hence, Massawa “the pearl of the Red Sea”, needs proper conservation, protection, renovation, restoration, promotion and sustainable utilization of both its cultural and natural heritages.

NCEA Statement on the Ill-informed US House Foreign Affairs Bill