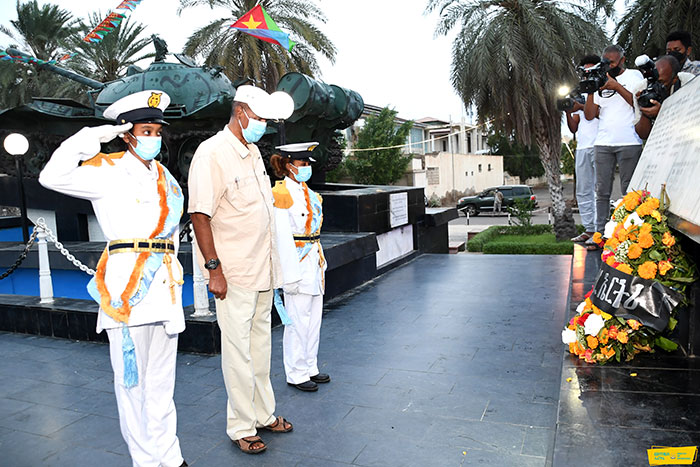 Asmara, 12 February 2022- President Isaias Afwerki in the morning hours of today, 12 February laid wreath at the Twalet Martyrs Cemetery in tribute to the Eritrean heroes and heroines who paid ultimate price for the Eritrean Independence.

The event was attended by Ministers, Army Commanders, PFDJ officials as well as Massawa residents and other guests.

Meanwhile, the official ceremony of the commemoration of the 32nd anniversary commemoration of Operation Fenkil was conducted today 12 February under the theme “FENKIL: Embodiment of Heroism of Generations” in the presence of limited audience respecting the guidelines issued to control the spread of COVID-19 pandemic.

Speaking at the occasion, Ms. Asmeret Abraha, Governor of the Northern Red Sea Region, said that Operation Fenkil has been game changer in the Eritrean people’s struggle for the total liberation of the country.

Ms. Asmeret went on to say that the fact that the Operation Fenkil is commemorated every year with patriotic zeal attest to its deep meaning in the history of Eritrea.

Ms. Zeineb Omar, Chairperson of the Holidays Coordinating Committee in the region, on her part expressed appreciation to all that contributed to the colorful commemoration event.

The official ceremony staring from 4 PM was highlighted by naval parade as well as cultural and artistic performances depicting Operation Fenkil and was broadcast live through ERI-TV and Dimtsi Hafash.

The anniversary commemoration of Operation Fenkil will continue until tomorrow 13 February. 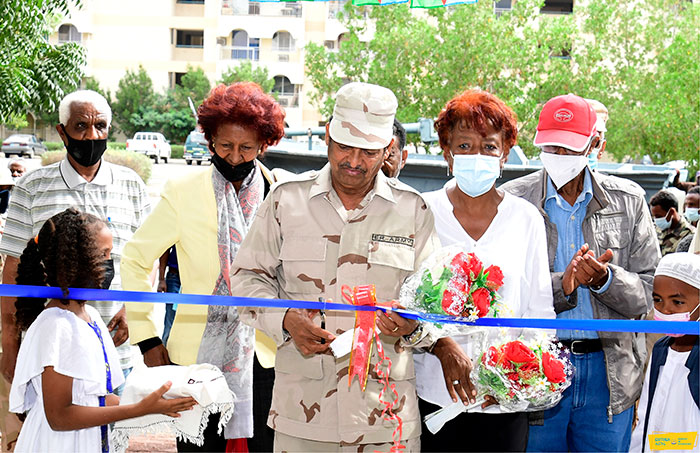 In the same vein, photo exhibition in connection with the 32nd anniversary commemoration of Operation Fenkil was opened by Gen. Flipos Woldeyohannes, Chief of Staff of the Eritrean Defense Forces.

The exhibition included the heroic feat the Eritrean liberation fighters demonstrated during the Operation Fenkil, life style of the people of the Northern Red Sea Region, agricultural activities as well as the rich marine and tourism resources.

Vaccination coverage of mothers and children in Central Region