A Conversation with Dina M. Asfeha

Would you briefly tell us about yourself?

My name is Dina, and I am an Eritrean-American, born and raised in the Bay Area, California. I grew up in an organized and vibrant Eritrean community. I recall my parents, extended family, and community members talking extensively about their childhoods in Eritrea, their neighbors and neighborhoods, their experiences in transit from Eritrea through different countries in the diaspora, and why they continue to be politically engaged and invested in what happens in Eritrea and to Eritreans, everywhere.

Though I entered college with a plan to pursue the pre-medicine track, I discovered I was much keener on a career in the academy, where I would be able to study the significance of the Eritrean liberation struggle in the context of Eritrea, Africa, and the international community seriously.

I majored in Africana Studies, where I acquired the skills to examine the political, economic, historical, and cultural facets that make up the African continent and its diaspora. Then, I pursued a master’s degree in oral history, which strengthened my methodological research skills and learned technical skills necessary to archive and digitize such sacred, historical material properly.

Finally, I entered an anthropology doctoral program, where I now research sovereignty in Eritrea through analyzing medical and economic mutual aid networks.

What is the importance of studying anthropology for countries like Eritrea?

According to my reading and observations, the most popular and widely circulated scholarly texts and studies on Eritrea fall into a couple of categories: 1) they romanticize the liberation struggle, followed by a reductive commentary on challenges that arose post-independence, rushing to label Eritrea a “Pariah state,” and 2) they unfairly essentialize social issues in Eritrea without contextualizing the geopolitical scene that produces specific problems in Eritrea, today.

To many, Eritrea is a conundrum because of historical misconceptions – for instance, the notion that Eritrea was once a part of Ethiopia – and contemporary features of governance – such as the rejection of cues from the UN on how to govern and a refusal to adhere to structural readjustment programs after becoming independent since 1991.

I use the anthropological method to thread together the historical and empirical evidence that helps people better understand how and why sovereign Eritrea exists and the material challenges of being a politically independent, sub- Saharan country in the Horn of Africa region.

Would you tell us about your dissertation?

In my dissertation, I theorize the Eritrean framework of sovereignty, which was produced during the armed struggle for independence against imperial Ethiopia (1961-1991) and has continued to be deployed throughout ongoing challenges to Eritrean self-determination in the post-independence era, such as the Ethiopia-Eritrea territorial dispute (1998-2000) and UN sanctions (2009-2018). Specifically, I examine the medical and economic mutual aid networks that Eritreans forged in the Nakfa trenches, which extend into the diaspora and back to Eritrea. 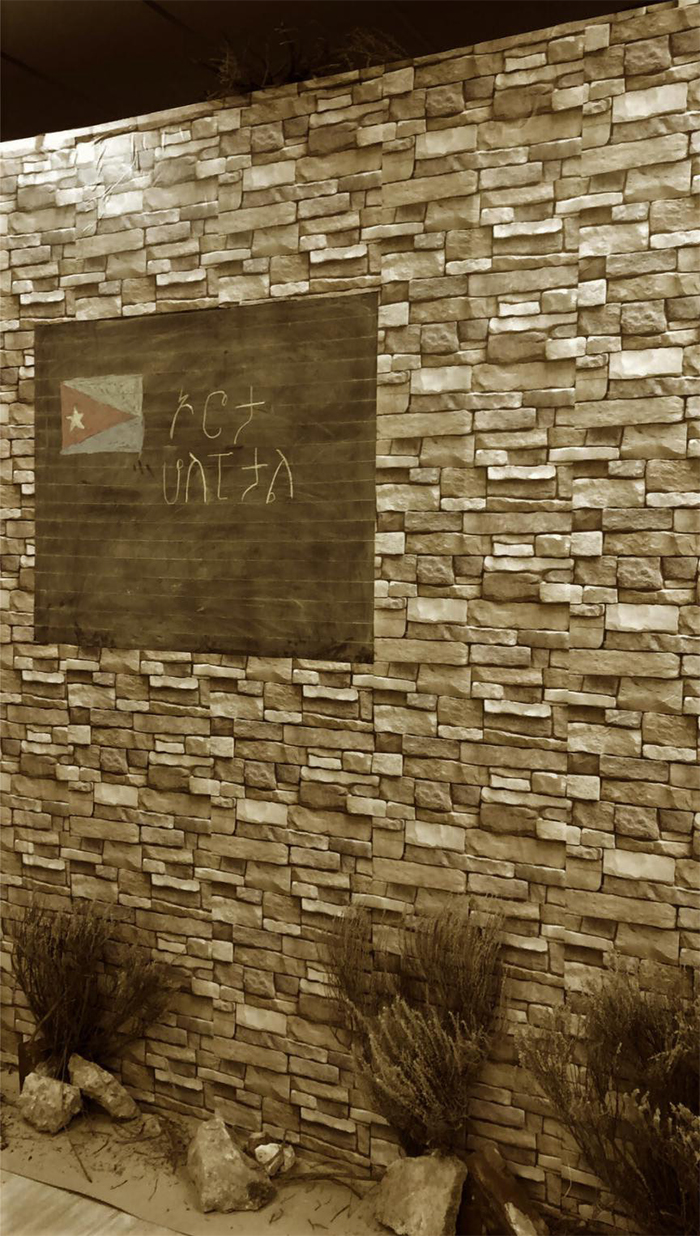 My work explores how Eritreans inaugurated a medical framework of a future society through secret clinics in combat zones during the liberation struggle, establishing a set of practices and infrastructures to facilitate the circulation of material resources and clinical care throughout moments of crisis, and the way this precedent structures national goals, today.

To divorce, the legacies of imperialism from our current analysis of Eritrea provide an ahistorical – and thus incomplete – interpretation of Eritrean sovereignty. In this way, I situate my study of medical and economic frameworks within broader discourses of colonialism, human life’s value, and race and medicine in Africa.

Along with two collaborators, I created a Nakfa trench installation called “Underground Hospital: Combat Medics in the Trenches of the Eritrean Struggle for Independence.” This trench installation invited spectators to be immersed in the agar Hakim experienced when they ventured into a trench to provide care to an injured btsay/ti.

As the designers of this trench, we wanted spectators to consider the intersection between feeling sovereignty and the act of providing life-saving medical attention in these distinct conditions: narrow walls, darkness only illuminated by a flashlight, and makeshift medical tools.

Who were the “agar Hakim” and their contribution to the Eritrean liberation struggle?

The agar Hakim is an important figure in Eritrean revolutionary history and the contemporary. The agar Hakim emerged out of necessity during the liberation struggle. Eritreans were outnumbered by the Ethiopian imperial army and its powerful foreign allies. The artillery and economic support provided to Ethiopia to repress the Eritrean revolution were immense. Terroristic acts of violence unto Eritreans were a part of daily life, on the battlefields and amongst civilians. Many Eritrean guerrillas were armed with weapons, but they did not have the medical expertise and skills to address wounds and injuries.

After the ELF, the EPLF became the vanguard of the revolution and was notably successful in systematically organizing Eritrean people into departments, one of which was the health department. The EPLF adopted China’s “barefoot doctors” (or agar Hakim) system to address first aid and healthcare access and delivery issues, extending to armed conflict zones. These agar HaQkaim were ordinary Eritreans – adolescents, mothers, and farmers – who underwent clinical and ideological training. They were stationed throughout all parts of the country to provide immediate medical attention to injured people, including prisoners of war (POW). The agar HaQkaim played a crucial role in instituting the social values that animate healthcare in Eritrea.

In your research, did you find any medical innovations? If you did, what can the world learn from the Eritrean medical experience during the fight for Eritrean independence?

I am in the process of finding interviewees who can share their experiences as combat medics – as agar HaQkaim, nurses, and doctors – in the field. Like many, I am grateful for Dr. Tekeste Fekadu’s careful and detailed documentation about life as a war surgeon during the Eritrean armed struggle. In his books, he discusses how abdominal surgery revolutionized fighters’ chances of living when the rate of fatality was nearly 100% from such an injury.

Dr. Tekeste and his team performed these procedures in surgical theatres designed in the wilderness, using caves and shrubbery to shield themselves from lurking Ethiopian air forces that could potentially shell their operation.

I highly recommend all of Dr. Tekeste’s books. But, for me, these texts most importantly contain information about the creative technological advancements pioneered by Eritreans during this ongoing crisis and the way Eritreans’ collaboration produced a social transformation and new ways of relating to one another as fellow citizens. 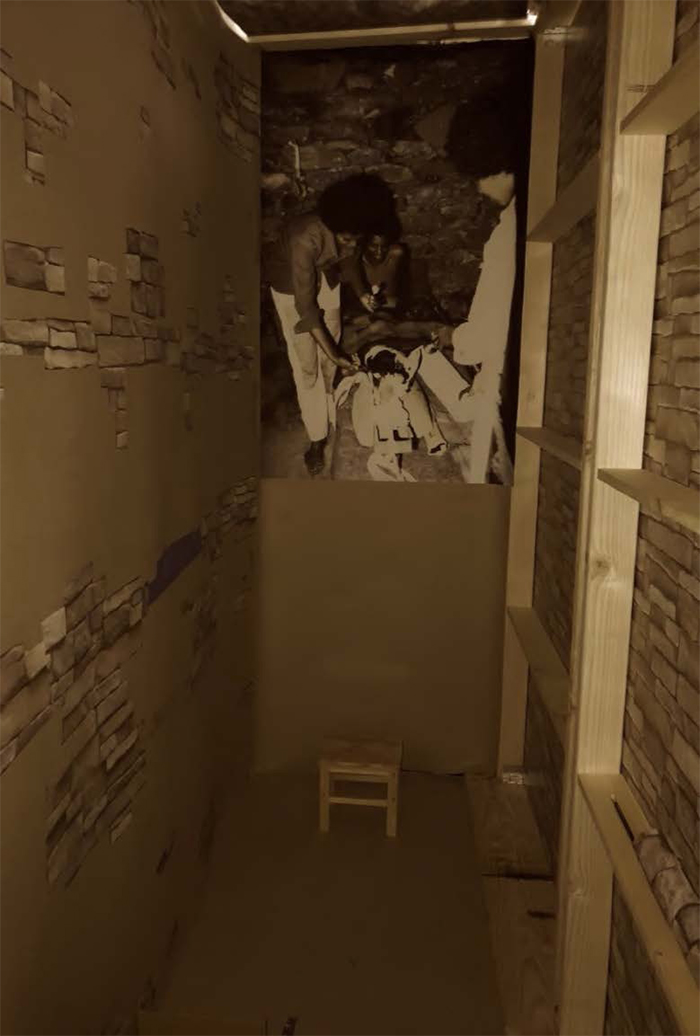 Finally, how did the medical experience during the armed struggle transform into post-independence Eritrea?

Eritrea is an anomalous case because though it is deemed a poor country, the government still prioritizes healthcare as a social infrastructure for all. This is reflected in the budget, which allocates approximately 29% to healthcare, as cited in 2020 WHO annual report. Moreover, despite many attempts to thwart sovereignty, namely, the Ethiopia-Eritrea territorial dispute (1998-2000) and UN sanctions (2009-2018) – wars and policies that have produced very strenuous material conditions for ordinary people. The government continues to make notable strides in healthcare development. At the same time, according to a 2014 UNDP report, Eritrea is one of few developing countries on track to meeting millennium development goals in health.

It, then, becomes interesting to analyze the government of Eritrea’s domestic and foreign policies that make such progress possible, amid the turbulent geopolitical arena Eritrea finds itself in as an African country resisting neo-colonial directives from major world powers about how to structure national priorities and political alliances, or the economy and which entities to do business with.

For the government and the people of Eritrea, designing and shaping society on its terms is a critique of colonial rule, confronting the ugly legacies of imperialism head-on.

Remembering the Past to Build a Bright Future