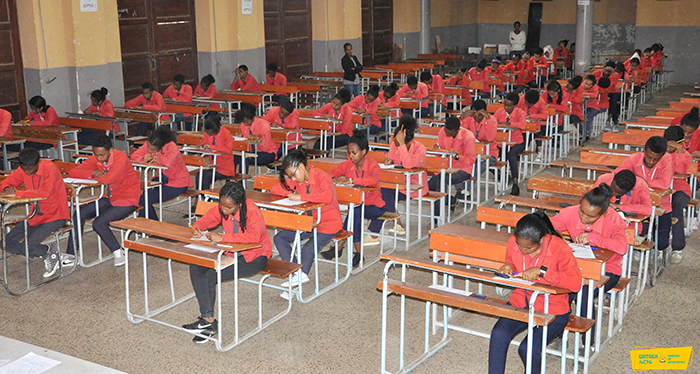 In the 21st century, there is a renewed interest and activity in civics and citizenship education in many countries around the world. Citizenship Education, which is concerned about rights and obligations and how people live together in communities, nations, and in the globalized world, is offered at all schools in Eritrea. It covers topics that deal with the social, cultural, and political realms of the nation and aims at producing competent, reflective, and concerned citizens who will contribute to the development of the nation.

The purpose of Citizenship Education is to teach children, from early childhood, to become enlightened citizens who participate in decisions concerning their society. All forms of citizenship education promote noble ideals such as showing respect for others, recognizing the equality of all human beings and combating all forms of discrimination by fostering a spirit of tolerance and peace.

Citizenship Education has three main objectives: educating people about citizenship through an understanding of the principles and institutions (which govern a state or nation), encouraging learners to exercise their judgment and critical faculty and enabling them to acquire a sense of individual and community responsibilities. These objectives suggest four major themes for citizenship education.

The main reason for introducing Citizenship Education in the school curriculum is that societies need active, informed and responsible citizens who are willing and able to take responsibility for themselves and their communities and contribute to the political makeup of the nation.

A certain amount of issues about citizenship may be picked up through ordinary experience at home or at work, but it can never be sufficient to equip citizens for the sort of active roles required of them in today’s world. What is required is a more explicit approach to Citizenship Education.

Through Citizenship Education, students explore questions about democracy, justice, inequality, and how societies are governed and organized. They also learn to work together, create solutions to address challenges facing neighborhoods and wider communities, and develop political awareness to make positive contributions to society as informed and responsible citizens.

The introduction and continuation of Citizenship Education in schools forbid dogmatism. Instead, the methods and approaches chosen are those based on discussion among pupils and between pupils and teachers and those that make provision for children and young people to speak and express themselves. 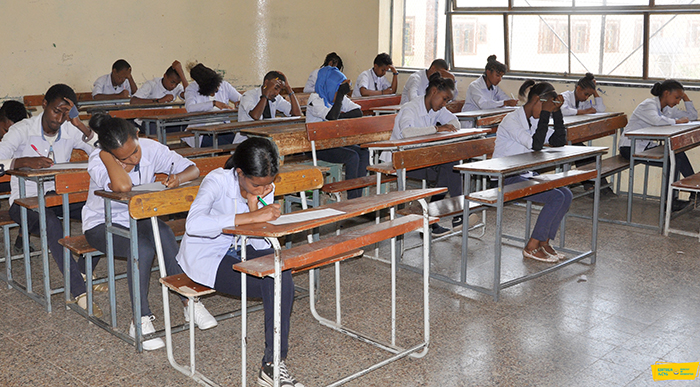 Citizenship Education seeks to educate citizens who will be free to make their own judgments and hold their own convictions. Compliance with existing laws should not prevent citizens from seeking and planning better and ever more just laws. Respect for law, which is one of the objectives of civics education, calls not for blind submission to rules and laws already passed but the ability to participate in enacting them.

With regard to the laws and values accepted by an entire social group, citizenship education can in no way be a catalog of set questions and answers. Citizenship Education should be the forum that gives rise to and nurtures a genuine culture of discussion. Whatever the problem posed, such as the ongoing development of humanity or the stability of the rule of law, an exchange of ideas, in support of the activities of Eritrean Communities.

The nationals also expressed conviction to strengthen organizational capacity and unity as well as participation in national affairs.

The Eritrean national committee in the Scandinavian countries commending the support extended by the nationals called for reinforced participation and contribution for a better outcome.

notions, judgments, and individual opinions are necessary. Citizenship Education is supposed to promote this kind of discussion.

In Eritrea, Citizenship Education at the elementary level gives more emphasis to the development of the moral aspect of the learner. Therefore, the general objectives are to inculcate in the children the desired traits; to teach children to love their country and the people and respect and obey their parents, elders, neighbors, etc.; to produce citizens that observe rules and regulations, feel a responsibility to themselves as well as to others; and to raise citizens who are free from any divisive feelings and have the tolerance to others.

At the middle school level, emphasis is given to the cultivation of personal characteristics and maximization of learners’ potential as well as an introduction to the social and political aspects of the nation. The general objectives are to develop learners’ interpersonal relationships with their peers and other people; to help learners build positive self-esteem and a national sentiment and commitment; and to foster cultural and religious tolerance and appreciation.

At the secondary school level, emphasis is given to developing learners’ political, social and cultural knowledge and understanding of the world, in general, and of their country, in particular. Citizenship Education deals with three themes, starting from the basic theme of ‘self’, moving on to ‘family and community and finally extending to ‘society and the nation’.

The first theme deals with ‘self’ and is based on the premise that ‘every individual has some unique abilities. Based on this key idea the focus is on building character and self-esteem to create students with the ability to understand and develop themselves and know their capabilities and how to enhance them. The purpose is also to teach students to show a sense of responsibility and accountability and understand that perseverance, diligence and responsible behavior are necessary for success. Students are taught the importance of self-discipline, honesty, fairness, and moral courage and are encouraged to make fair decisions under all circumstances and stand up for what is morally right.

The second theme relates to ‘family and community and promotes the idea that “good interpersonal relationships promote national unity and development”. Based on this key idea, the focus is on building the character of students so that they can show love, respect and appreciation for family members and contribute towards family unity. In particular, students are encouraged to contribute towards building a caring school community, show care and respect for members in the school, and demonstrate skills for dealing with peer pressure.

The third theme is about ‘society and the nation’ and centers on the idea that “citizenship means the performance of civic responsibilities”. Focusing on political literacy it deals with these concepts: Rules and laws, Unity in diversity, Responsibility towards others, and National pride and loyalty.

Rules and laws – producing students who will be able to understand and obey rules and laws, explain how law and order is maintained in the community, identify the fundamentals of human rights and freedoms of the individual, and explain the importance of government.

National pride and loyalty – producing students who will be able to demonstrate a sense of pride and loyalty to Eritrea, understand the meaning and significance of national symbols and national holidays, contribute to building up the good name of the country, contribute to the defense of the nation, explain how Eritrea became a nation and an independent state and identify some responsibilities of citizens towards nation-building.

In general, Citizenship Education aims to equip learners with relevant knowledge, acceptable attitudes and the necessary skills to perform their roles as active members of society. As the contents of Citizenship Education are value-laden and likely to be culture-bound, one needs to be cautious in choosing the values to be included in the curriculum in a way that promotes the unity of the people, especially in multi-ethnic countries.

Congress of PFDJ organization in Sweden