Congress of PFDJ organization in Sweden 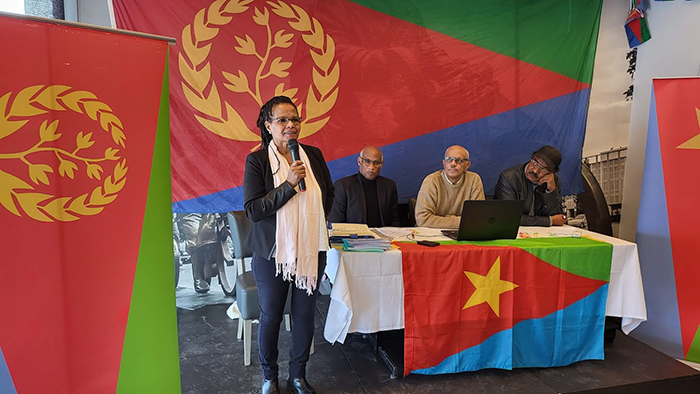 Asmara, 24 February 2022 – Sweden branch of the PFDJ organization held its annual congress on 19 February in the city of Vasteras

Speaking at the occasion in which about 100 representatives from 22 sub-branches took part, Mrs. Zaid Okbazghi, Chairwoman of the PFDJ Sweden branch, commended the members for strong participation in the successful implementation of national programs as well as in the fight against the spread of the COVID-19 pandemic. 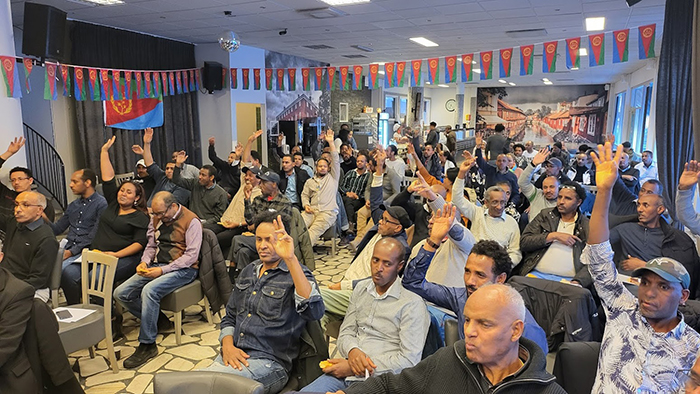 Stating that the congress is a forum in which members review the activity of the organization and address weaknesses and underpin strengths, Mrs. Zaid called on the members to strengthen organizational capacity and participation in national affairs as in the past.

At the congress in which Mr. Sirak Bahlibi, head of Public and Community Affairs, and Mr. Isaias Gebray, head of Consular Affairs at the Eritrean Embassy took part, extensive discussion was conducted on various issues including implementation of charted out programs, reinforcing organization and activities of the branch as well as expansion of the organization in various cities of Sweden and strengthening the resilience of citizens.

The Sweden branch of the PFDJ organization comprises 30 sub-branches.