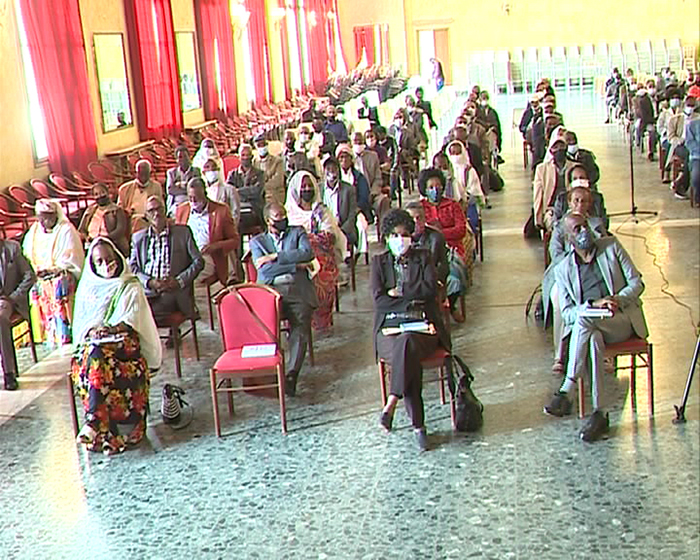 Asmara, 26 February 2022- The Central Region Assembly held its 20th regular meeting on 25 February at the Asmara Municipality Hall under the theme “Let’s Strengthen Our All-Round Resilience”.

At the meeting in which heads of the regional administration, PFDJ, national associations, line ministries as well as administrators of sub-zones took part, the chairman of the Regional Assembly, Mr. Abraham Semere said that the assembly has been exerting strong effort to implement the recommendations and resolutions adopted at the 19th regular meeting of the Regional Assembly, and called on the members of the Assembly to strengthen participation in national affairs. 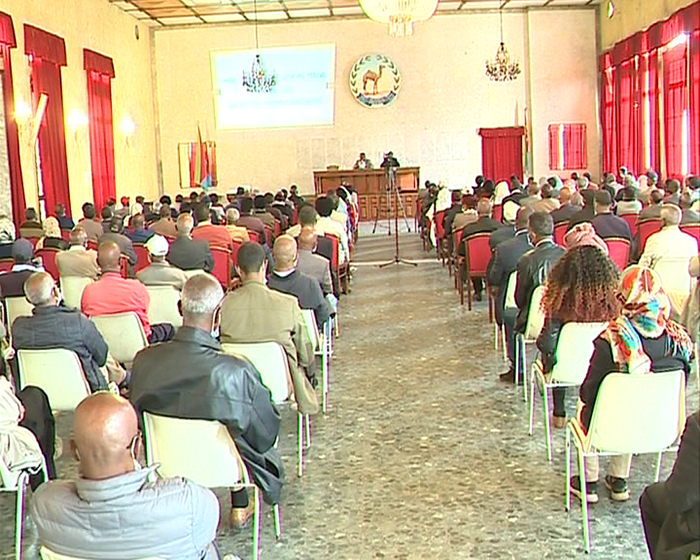 Mr. Abraham also called on the public to reinforce participation in water and soil conservation activities, renovation of roads, micro-dams as well as in agricultural activities with a view to boost agricultural production and ensure food security.

According to reports presented at the meeting, a commendable effort has been conducted to enhance the supply of vegetables and fruits to markets as well as potable water to the public.

The members of the Assembly conducted extensive discussion on the reports presented and adopted various recommendations including for proper follow-up on the implementation of guidelines to control the spread of COVID-19 pandemic and revising the cost of fuel, electricity and telephone.

Speaking at the occasion, the Governor of the Central Region, Mr. Fesehaye Haile expressed the readiness of the regional administration to stand alongside the regional assembly in all its endeavors.