MEADI: Bringing People together Around a Meal 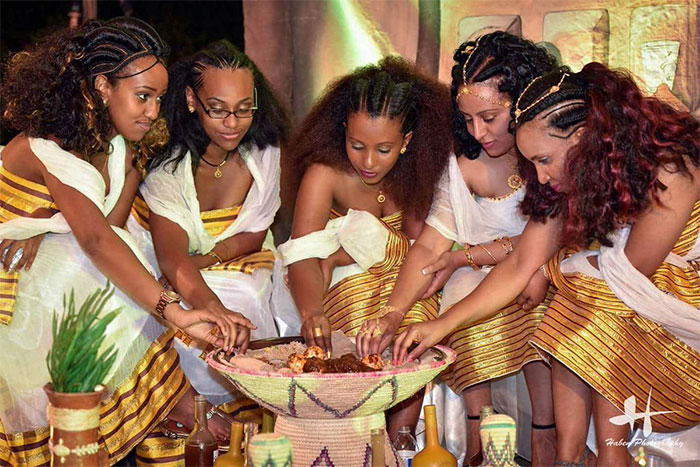 Do you remember your favorite childhood memory of food? Perhaps it was a flavorful sweet treat or a crunchy savory meal. You may have dived into it with a fork and knife or ripped open the package and eaten it all! Some of us were inclined to share with our siblings or friends, maybe all reaching into the same bag or plate. Whatever your memory is of your favorite food, we can agree that, for most, food is such a presence in much of our lives and is integrated into our stories, history, and culture. So many great moments of life or even moments we would rather forget may have a food memory connected to them – like birthday parties and favorite cakes! While we think of food as a necessary form of sustenance, which is true, it’s more than that. It often acts as a tying bond and shared experience for people and, many times, can help transcend differences, express the uniqueness of culture – and sustain the human connection.

Meadi is not easily translated. This Tigrinya word – and (there are equivalents in other Eritrean languages, such as Metaagal in Tigre) – is commonly used to describe food served on a communal plate. However, more nuanced meanings go beyond using it to describe the type of foods being served. Meadi describes a common cultural practice that brings people together around a meal. Some of my fondest memories of life were created while seated around a communal plate that held my family’s meal. The plate was placed on, traditionally, a pyramid-shaped –straw-thatched table. Family members gathered around the table, and we waited for a blessing, often given by my father or an elder before they tore a sizeable piece of injera and offered some to all who gathered to eat. Then, my siblings and I each tore a piece, using two hands, and placed the plain of injera into our mouths. This ritual was an indication to us that we could begin eating. 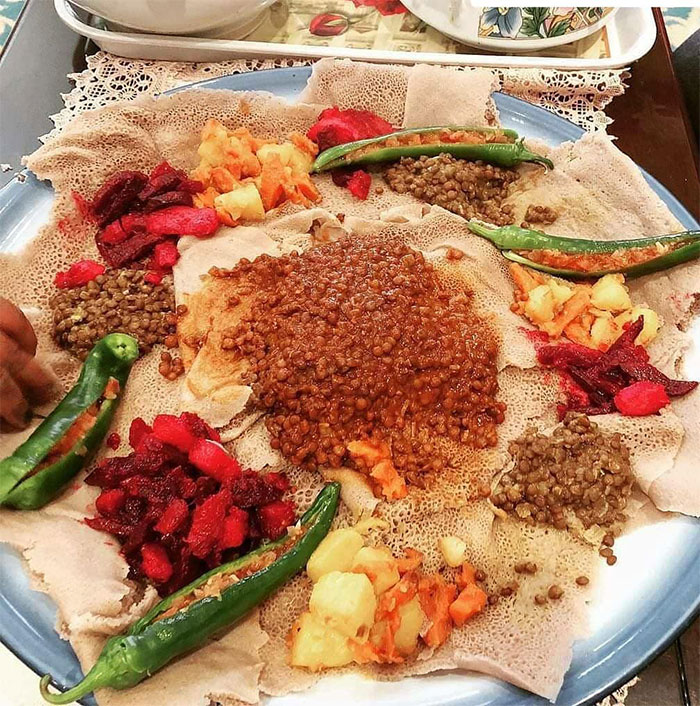 Meadi, for as long as I could remember, meant a cessation of any arguments and fights as this was frowned upon. Often the first time that we gathered after a day of outside activities, it meant the opportunity to hear the stories of others or quietly appreciate the tastiness. Communal plate eating is not unique to just families or individual homes. Whether festive or not, meadi is often the center of the gathering during social occasions. During celebrations, like weddings, there are unspoken guidelines around how the community conducts meadi. For example, guests are seated and wait for eight people to gather before food is served.

Meadi is not served with fewer or more people. Interestingly, the term is also used to communicate amounts or quantities in multiples of eight. As is the ritual, there is a lot of negotiation between families before the marriage of two people. The woman’s family often expresses how many guests they will host from the potential groom’s family by stating how many meadi they will serve. So, if the woman’s family expects 24 people to attend during the negotiation, they will state “seleste (3) meadi”. In a culture where agreements and negotiations are family and community centered, and lead is commonplace, meadi plays an integral role in conveying mutual understanding and expressing compromise or covenant. 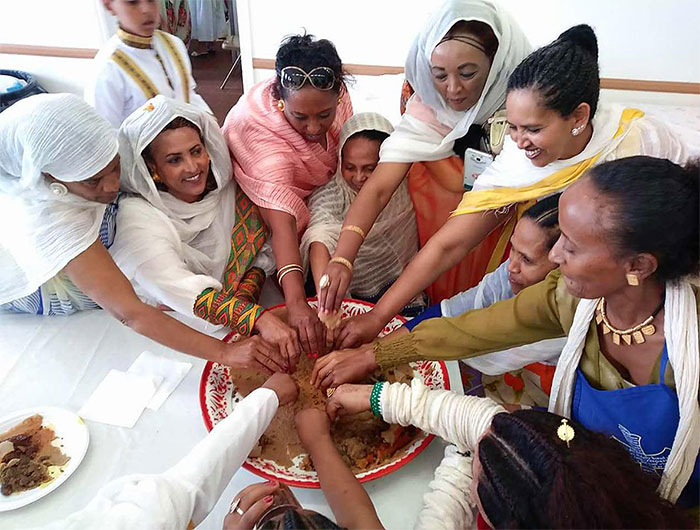 Even when the outcome of negotiations is not celebratory, such as in divorce or restitution, it is expected that all parties share a meadi. The coming together happens after all matters are settled and are used as an instrument to seal the agreement. Meadi is used as an informal way for the community to restore those who experienced the harm and to hold accountable those who were harmed. Meadi is like a microcosm of our cultures and societies. It reminds us and continues to normalize that thinking through our community-based frameworks is at the core of who we are as a people. Even with the introduction of individual plates, something is to be said about the lessons taught through meadi. We learn that stretching our hands and grabbing food in front of our siblings is inconsiderate and conveys selfishness.

We learn that celebrations belong to the community because it is precisely the community that supports unions and covenants. We learn that negotiations are complex but necessary – disagreement need not breed hate or remain unresolved. So the next time you think of your favorite food, put it in a communal container and share it with a friend or neighbor – have a meadi!

Explanation of vote after the vote by the delegation of Eritrea