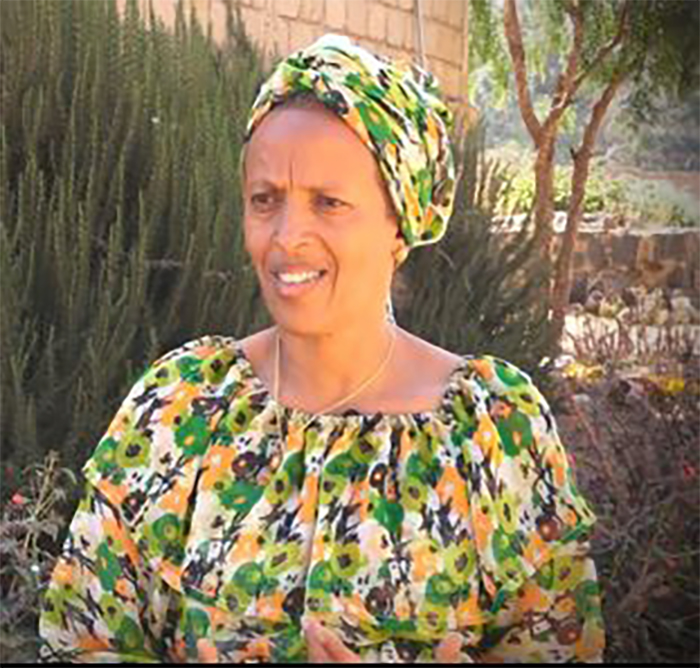 Agriculture is one of the most important sectors in Eritrea, and Eritrean farmers have been designing techniques to maximize their products and maintain efficiency. Mrs. Ghenet Bokrezion is an exemplary Eritrean farmer at Himbrti subzone, Central region, who has shown progress in agriculture and renewable energy.

Mrs. Ghenet is not your typical Eritrean farmer. She was born and raised in the city and studied mathematics at the University of Asmara. But through her relentless efforts and the support of her family and colleagues, she has become successful in agriculture and the production of clean and sustainable energy.

Mrs. Ghenet feels that her university education has helped her to broaden her interests in agriculture and poultry. In explaining how she ended up becoming a farmer, she said: “When we grow up, we are naturally inclined to things that please us and make us comfortable. In most of the field trips I have made and the women farmers I have met, poultry was the most common profession women invested in and excelled at. I used to work as part of ‘Women in Development’ (an association of women that brings together women entrepreneurs, including women farmers) in Eritrea and I saw golden opportunities that came with borrowing money and starting something. I asked myself ‘why cannot I do something?’ That question, determination, and family got me where I am.” 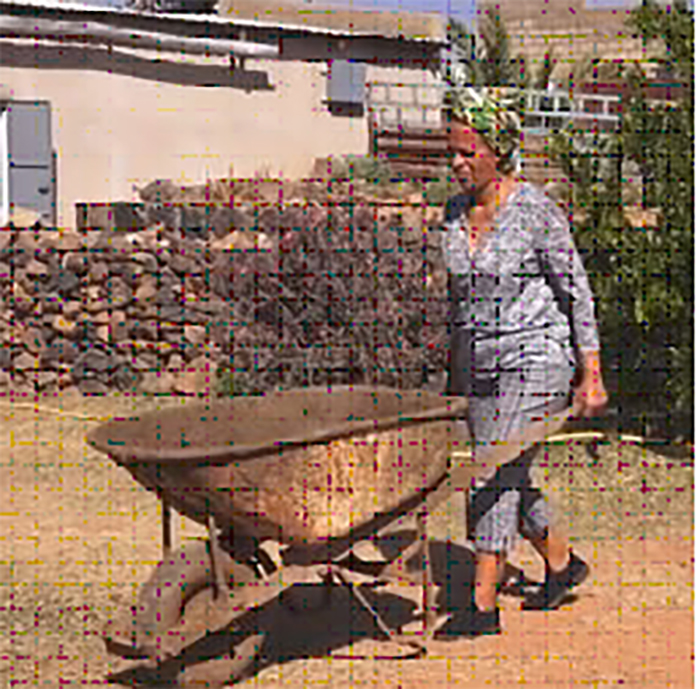 Mrs. Ghenet started her occupation as a farmer by importing 300 chicks from the Netherlands. She and her family rented a house at Adi Abeyto, a village on the outskirts of Asmara, where she set up her poultry farm. The quality of her chicken attracted customers who began to buy them in big numbers. Encouraged by this, she sold all the chicken she had and imported a large number of chicks of the same breed. This way her business grew and she was given permission to import chicks and sell to those who want to start poultry.

Mrs. Ghenet’s original poultry farm was located in a residential area and had to be relocated. She was given land in Himbirti, 30 km from Asmara, where she moved her poultry farm, expanded her operations, and developed innovative ideas.

In addition to poultry, she started a dairy farm and is producing butter and buttermilk. At Mrs. Ghenet’s farm, nothing is wasted and everything is used to its limit. Mrs. Ghenet has installed a biogas energy system in her house and developed a natural insecticide.

Using the dung of her cows Mrs. Ghenet has been able to produce environment-friendly, renewable biogas for domestic use. The byproduct of the fermented dung, which powers the oven in the kitchen, is then used as fertilizer. As the dung is very well fermented, the fertilizer does not have bad smell. Mrs. Ghenet said, “We use the fertilizer in our own homesteads. That way, we use the cow dung to its last form. If used wisely, it is a natural remedy that fills in multiple gaps in accessing resources in a safe and efficient manner.” 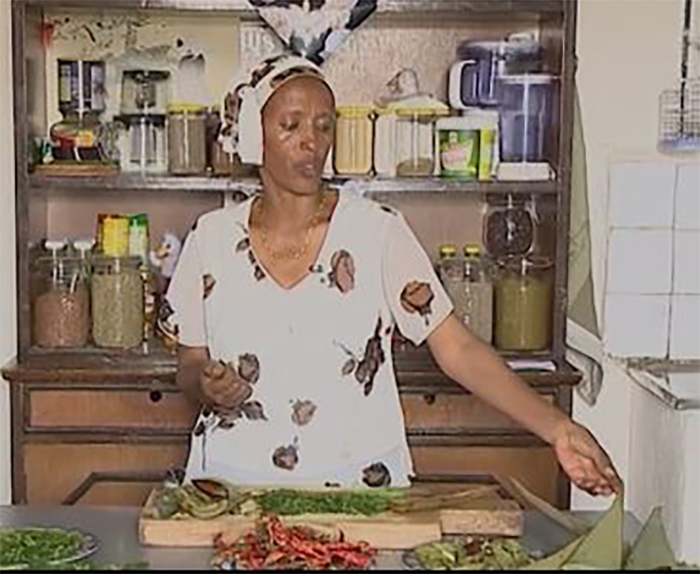 Mrs. Ghenet also made a natural insecticide using plants from her surroundings. The idea to make an insecticide was triggered by what she read in a magazine. When she realized that she had an easy access to all the ingredients needed to make the insecticide she did some more research on the material. After several trials, she was able to produce a perfect insecticide. Mrs. Ghenet said that it all started when she spotted a problem in her plants. Through trial and error she tried to treat her plants but to no avail. Then she came across a magazine which attracted her attention.

The insecticide Mrs. Ghenet produced is made of three ingredients: Neem, Aloe Vera and Chili. She said along with her fellow farmer in Asmara they have done trials to determine the right amount of ingredients to be used in making the insecticide. Mrs. Senait, a flower shop and nursery owner in Asmara, said she adopted the insecticide after doing her own experiments with it because it is environment-friendly and cost-effective.

Mrs. Ghenet said, “This particular solution (the insecticide) has helped me eliminate most of the insects in my field. It has proven effective and Mrs. Senait of Shami Flowers and Nursery, a nursery with a wide variety of plants and insects, has further ascertained its efficacy.”

Mrs. Ghenet has been conducting numerous experiments on different types of plants that would help her develop natural remedy in a scientific manner. She said the insecticide has proven to be a safe protection against all sorts of insects and pests she has encountered. Many farmers have applied it and applauded the results although they are concerned about its bad smell. Mrs. Ghenet said that she and her family have been doing extra research on ways to minimize the smell by rearranging the ratio of the ingredients. 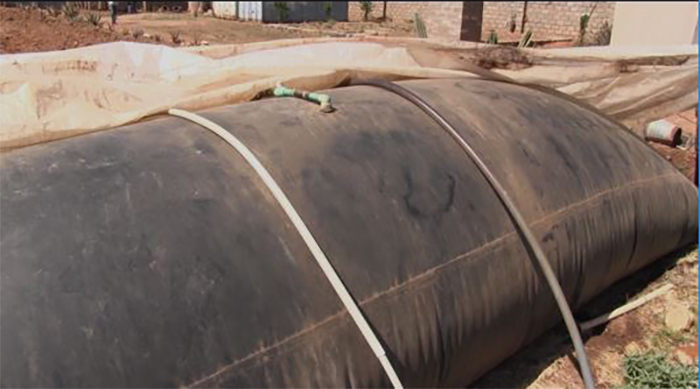 Mrs. Ghenet said they are working to produce and present the insecticide in liquid and powder forms and promote its use all over the country. If everything goes well, they also have a plan to make it available at international markets. They are working in collaboration with the Ministry of Agriculture (MoA) and other concerned bodies to conduct further studies.

According to Mrs. Ghenet, the insecticide has been approved by the MoA and we have now reached a stage when we discuss how the product should be presented, as a liquid or powder.

Through her work as a farmer, Mrs. Ghenet has influenced all members of her family. Her eldest daughter, Dr. Saliem Mekonen, who studied medicine in college, said working in their family business has helped her see the extent to which women can work in all sectors of development. She said that her mother has been an example and inspiration in many ways, including her flexibility, commitment and hard work that made her successful.

Mrs. Ghenet is not only an exemplary farmer but she has proven what a woman can be: a wife, a mother, a friend, a farmer, a good citizen and more. Through hard work farmers like Mrs. Ghenet are contributing their share to ensure food security and access to clean and renewable energy, two crucial needs of human beings all over the world.