A Glimpse into the Cultural Heritage of the Nakfa Trenches 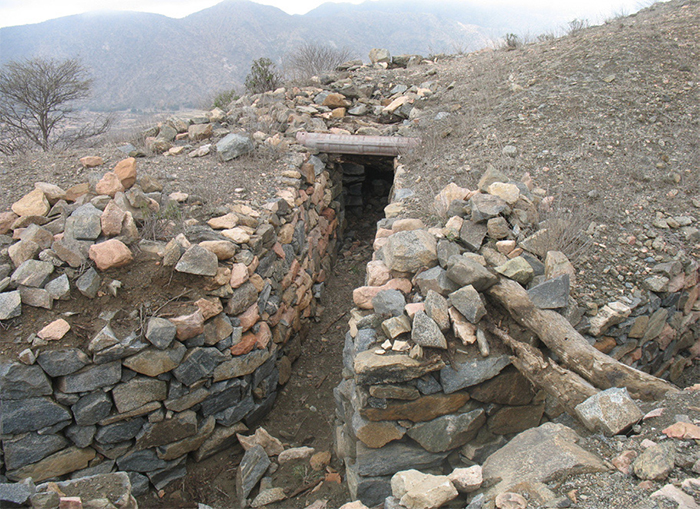 Nakfa is a famous historical town of Eritrean Liberation Struggle. It is endowed with immense history and the relics of the 30 years armed struggle. Topographically, the town lies on flat- landscape and hills covered with cactus, grass, and some other thorny shrubs and enjoys a mild climate comfortable for habitation, farming and herding. According to some elders the name Nakfa is derived from the Tigre word Naqf, which literally means ‘high’. The historic town is composed of underground trenches and canals which are situated in the landscape bordered by Apolo and Tsebayt chain of mountains in the north, Mount Denden in the south, the Hedai low-flat land in the east, and Embalko and Tsabra in the west. Nakfa´s place in the Eritrean history to a large extent is attested by the monumentality of the trenches and underground trenches reminiscent of the Struggle and this article touches upon the cultural heritage embraced in the trenches.

The town of Nakfa faced the first battle in the Eritrean struggle in September 1975, when the Eritrean People’s Liberation Front (EPLF) waged a counter-attack against the Ethiopian garrisons that had been stationed in the town. The second battle involved the siege of the town by EPLF forces for six months that lingered in the heaviest of the battles in the struggle. The fighting continued for a year and a half. Ten thousand Ethiopian soldiers and dozens of enemy fighters

were deployed in the battle. The town was eventually liberated by the EPLF in March 1977 and retained its absolute freedom until the complete liberation of Eritrea in 1991. Subsequent to its liberation in 1977, Nakfa became the rear base and capital of the Eritrean liberation struggle from where the EPLF was able to forge strong defense against the Ethiopian army and launch the major offensive for the entire liberation of the country from Ethiopian occupation. The town has a unique place in Eritrean history owing to its unparalleled strategic advantage and the patriotism of Eritrean fighters to ensure it didn’t succumb to the enemy hands. 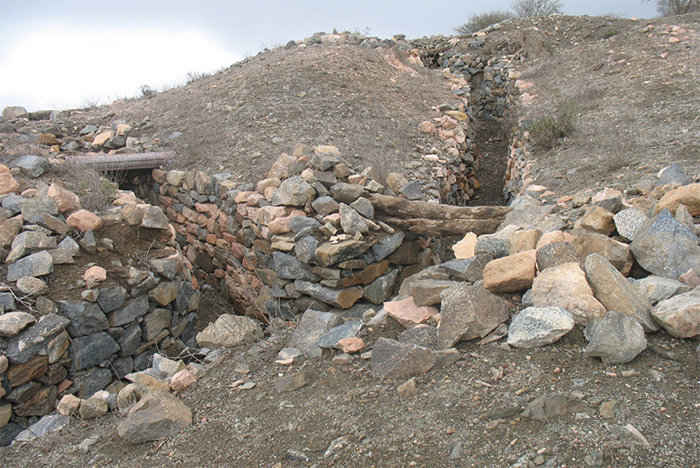 Fig.1. A Representation of Nakfa Trenches

During the strategic withdrawal of the EPLF, Nakfa became a consistent, powerful and vital frontline of the freedom fighters for about 10 years, 1979-1988. The EPLF regrouped and organized its forces in the town to allow the continuation of the struggle following the strategic withdrawal. The historic town is composed of underground trenches and canals from where the liberation struggle was waged. Consequently, Nakfa had a paramount strategic importance during the protracted 30 years armed struggle for independence due to the following reasons.

The numerous trenches and underground establishments constructed by the liberation fighters in Nakfa enabled every fighter to practice the making, designing, directing and covering of the whole processes. The canals run in a zigzag based on the strategic importance of the area to control the enemy’s sight, direction and distance. The average extension of the trenches and canals is estimated to reach about 180 kilometers in the north-south direction. Based on the information given by Division 61, there are about 1500 underground houses in and around the town. 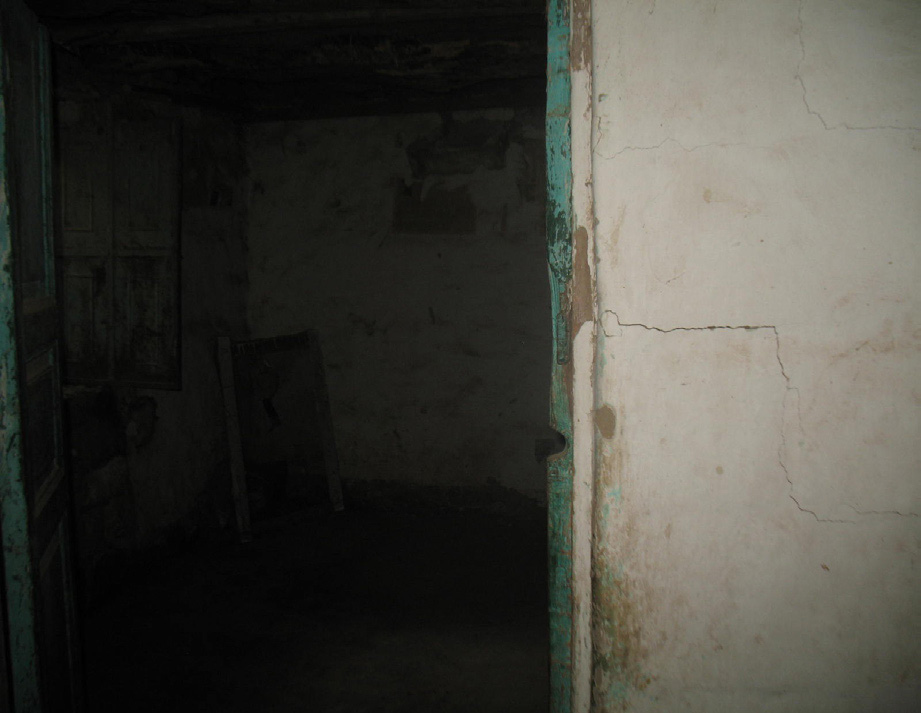 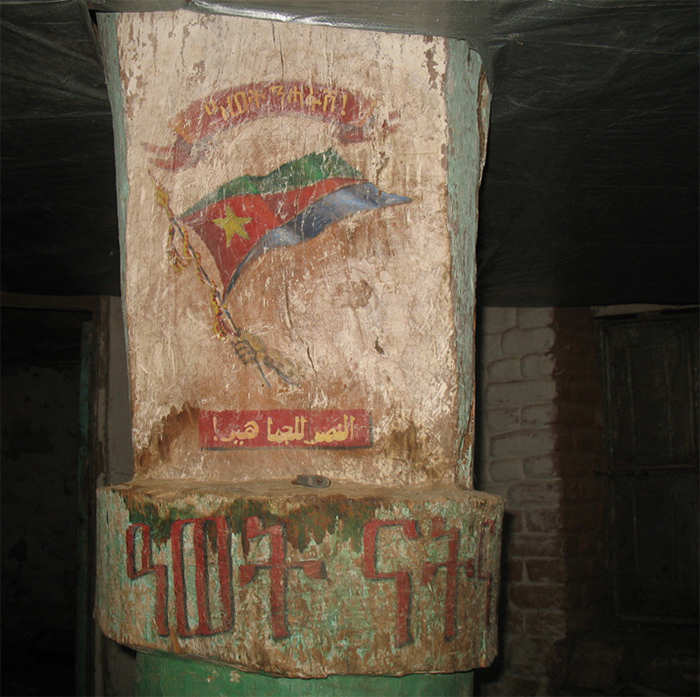 Fig.2. A Representation of Underground establishments in Nakfa

The essential raw materials used in for making the front line were brought from the surrounding environment and far-off areas. The raw materials included large and stiff trees, granite stones as well as rare iron sheets collected from abandoned railway lines. The wall sides were constructed using stones dug out from around the trenches. However, the heavy trees were cut and brought from remote areas of Sahil and Barka regions.

These canals or tunnels were made night using inefficient shovels, hoes and human labor. The canals have an average height of 1.80 meter and 0.80-meter width. Furthermore, they were built according to the structure and importance of the terrain with respect to enemy´s visibility, stiffness as well as the formidability of the area. The design and complexity of the canals bear purposeful construction based on specific function and utility. For instance, along with the trenches, narrow canals locally, referred to by the fighters as “Juba(s)” (pockets), are seen and have very narrow and tiny windows faced directly towards the enemy’s side, on one hand, to control the movement of the enemy. Similar pockets designed within the trenches also faced towards the semi-liberated areas and were used as temporary posts to deliver first aid to freshly wounded fighters, allow freedom fighters to take brief rest while off duty and as recreation centers and on-field academic schools for freedom fighters. The long and steady canals served as the sole pass-way to and from the front and the semi-liberated areas camouflaging freedom fighters from enemy visibility and targets.

Most of the underground houses are found within and around the town of Nakfa and are adorned by different pictures and slogans reminiscent of the struggle for independence. Some of the underground posts served as command posts of chief military commanders and representatives of the executive body of the EPLF in the Front as well as the temporary office of the secretary general of the organization. In general, the underground establishments proximity to each other enabled immediate contact of the army commanders for discussions and effective decisions.

The majority of the underground houses were erected in the 1980s and are mostly clustered around the town of Nakfa. There used to be about 1500 underground houses in and around Nakfa. Based on the statistical data of Division 61, about 500 of these remain intact and some 600 are partially dismantled while the remaining have been totally destroyed. Several of the underground canals and trenches were restored by Division 61 during the anniversary of the 25th silver jubilee of the liberation of Nakfa in 2002. They are used at present as stores and residences by civil servants and the military.

The permanent trenches and underground establishments in the Nakfa Front were connected to the liberated areas that housed political, military, economic and social bureaus of the EPLF, located at least within 30 kilometers from the canals and trenches in the Nakfa Front. The liberated areas, known as Dejen, include localities such as Wegryet, Ketan, Wina Technical School, Himbol, Eila Babu, Amberbeb, Hishkib, Asmat, Arag, Hager, Ararb, etc. Rare underground facilities used to house bureaus of the Front in the liberated areas also survive to these days.

In general, the Nakfa front was divided into two wings, right and left wings, owing to geographical directions, strategic military coding and structural locations of the area. The Nakfa-Afabet road became the reference point to divide either wings, and familiar trenches from both wings assume names bearing traditional references by freedom fighters. The Right Wing of the Nakfa front includes trenches such as Fidel ‘Pe’ (as in the of Tigrigna alphabet), Taba Selam (peace hill), Globe (as in the orbit of the earth), Rigole (penalty spot), Wancha (cup), Denden, Galdenden, Endanepal, Farnello, Testa, Sewra (revolution), Sembel, Afncha (nose), Teateq, Kubub Baray and Sege. The Left Wing also extends to the left direction over the chain of mountains and terrains with ample traditional referents to the trenches constructed during the perpetual fighting. Some well-known of these include Merkebna, Medat, May Kelashin, Arew, Teamamen, Nakura, Anda-sga, Otolo, Sulfur, Volley-ball, Agadu, Enda Krbit, Tiks, Spartacus, Hamukushti, Aibre and Cubania.

The names of the trenches and underground establishments were based on varieties of aspects and circumstances, such as natural obstacles, functional attributes of the mountains, heroic deeds that might have been carried out at that particular place, distance from enemy’s positions as well as activities in the Nakfa Front. Most of the trenches, therefore, assume names given by freedom fighters. ´´Rigole´´ (as in the penalty spot in football), for instance, is a referent to imply the nearest trench to the enemy in the front while ´´ Fidel Pe“ resembles the alphabet ´´Pe“ in the Tigrigna script. Other fortresses and trenches in the Nakfa Front have similar derivation and speculations of their names

At present, Nakfa´s record is not only of the protracted fighting in the past but also of change. Despite some maintenance and restoration activities by the Eritrean army, a great deal of the trenches need urgent preservation by pertinent government institutions. The historic town offers a tangible evidence of the armed struggle for independence. The landscape becomes a reference to an effective warfare machinery of the struggle forged over a formidable terrain and the remnants of the fortifications reflect a pattern which strongly held safe the future of the nation. This pattern embraces the internal organization of combatant establishments and the distribution as well as interrelation of multiple logistical and institutional facilities over much of the landscape. The interaction of these warfare systems with the core establishments of the EPLF in the liberated areas (Dejen) is indeed a tangible element of the rich and plentiful outstanding historical values of the town. The intangible aspects of the heritage contained in the trenches also took mold in the shape of the tenacity, heroic deeds and martyrdom of freedom fighters in the frontline and evoke the cherished national identity. Nakfa, thus, has a central place in the history of Eritrea and to memorize this Eritrea’s currency is named after it. The preservation, conservation and protection of the trenches, therefore, is an urgent task for all nationals.

Wedi-Feraday: A Household Name in the Eritrean Film Industry