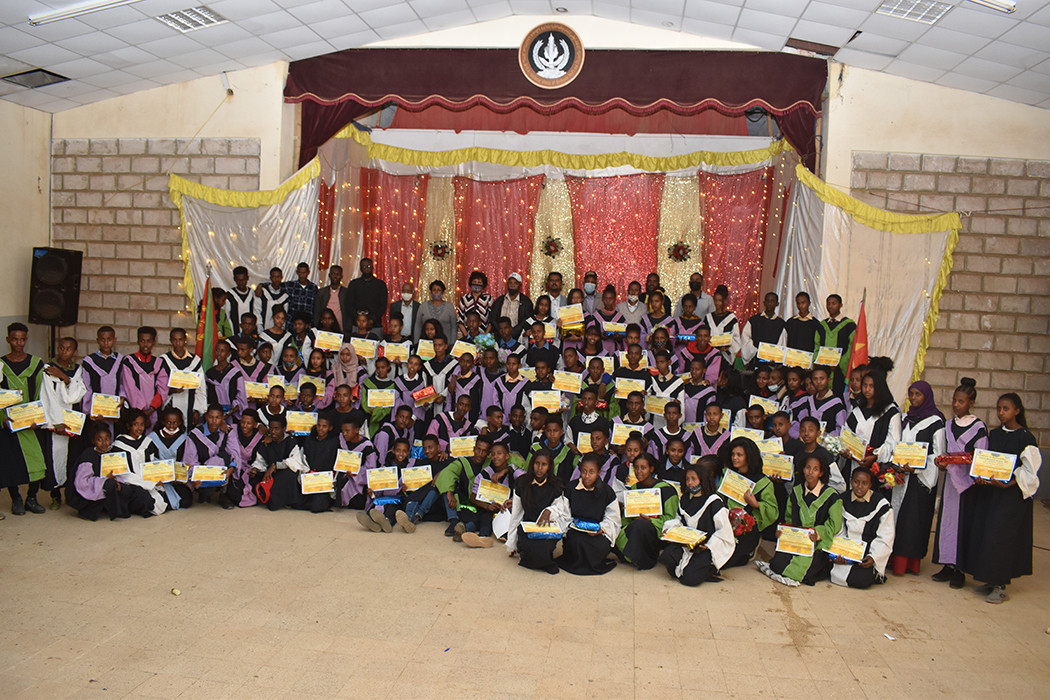 Mendefera, 26 February 2022- 388 students including 192 females in the Southern Region that scored higher marks in the eighth-grade national examination have been provided ‘Indemaso’ Award.

At the ceremony held on 3 March in Mendefera, it was reported that the awardees were from 11 junior schools in the region that scored over 80 points. 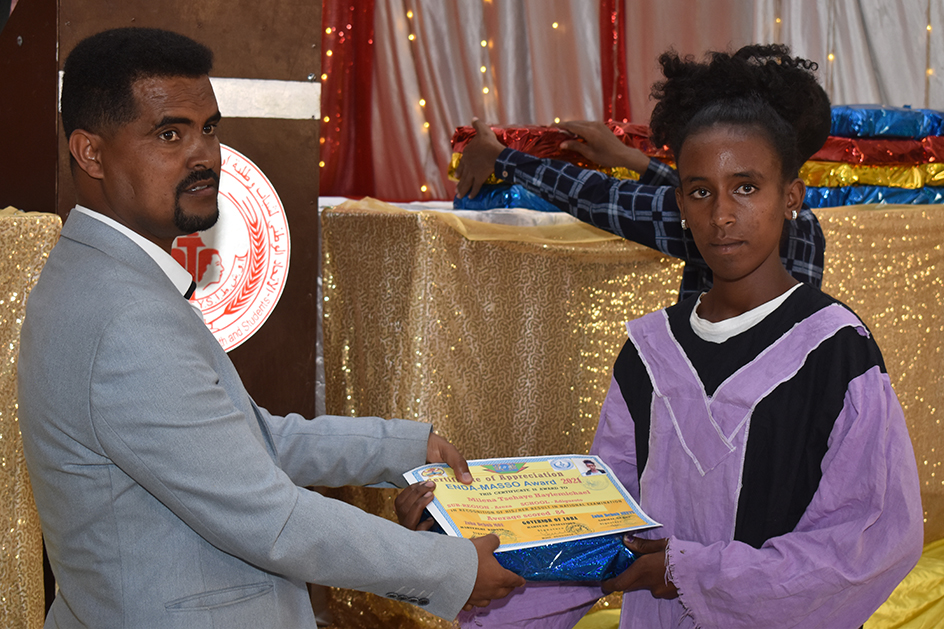 Indicating that the development of the overall capacity of the youth is one of the major missions of the union, Mr. Ghirmay Gebru, head of the National Union of Eritrean Youth and Students branch in the Southern Region, said that strong effort has been exerted in cooperation with the Ministry of Education and partners to encourage outstanding students as well as to develop the competitiveness of students.

Congratulating the awardees for their outstanding performance in their education, Mr. Tewolde Ahraham, head of the Ministry of Education branch in the region, called on parents and the public as well as school communities to strengthen participation in the development of the teaching-learning process.

According to a report, ‘Indemaso’ Award is being provided yearly since 2014 and so far 1 thousand 771 students have received the award.