Wedi-Feraday: A Household Name in the Eritrean Film Industry 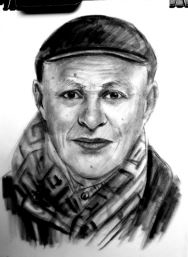 In addition to being a playwright and renowned director, he is also a poet, painter, very talented program leader, a soccer player and more…. He is also known for his charm and good sense of humor. Q&A introduces you with Msgun Zeray, famously known as Wedi-Feraday, director and writer of many renowned Tigrinya feature films and TV series.

Would you please tell us about your childhood and the nickname “Wedi-Feraday”?

I was born in Dekemhare in 1952. I wasn’t that much interested in education in the beginning, and as a kid I was best known for hunting birds. But after we moved to Massawa, I became an outstanding student. I think it is maybe because I couldn’t find birds to hunt in Massawa. Also my elder sister Sara was my best friend.

About my nickname Wedi- Ferady; it is because my father was an Attorney General. I told my father’s job when I was filling my recruitment form, then someone called me Wedi-Feraday, which literally means the Judge’s son, and it became my nickname. 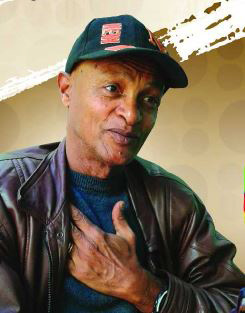 What inspired your interest in film making?

When I was young I used to go to theatre shows frequently. The old memories never faded from my mind. At that time, I and some other kids in our neighborhood formed a team and started to show dramas to the rest of the neighborhood kids. And when I was a student, I loved writing down my favorite songs, quotes and articles which I read from books. And football game was also my favorite sport, but beyond loving it I was also a good player. And at first, in the first half of the 1970s, I started playing for Meloti Football Club and later transferred to Tele, both of which are local first division Football Clubs. But soon the repression in Eritrea was getting much worse due to the coming of the Derg regime to power. For that reason, I was compelled to stay away from my favorite sport.

I was looking at your childhood book (bella copia), would you please tell us something about it?

Well, may be that can give you a hint of what my childhood looked like. Along the academic contents, the book also carried poems, song lyrics, quotes and impressions about love and more. My colleague used to call it “general knowledge”. And I am very happy that my friend brought it back from the US after so many years.

How did you join the Eritrean Liberation Struggle?

The late 1970s was known for its instability and the Eritrean youth was petrified by increased brutal oppressions of the Derg regime. Jailing and killing of innocent Eritrean youth was a daily scenario at the time. As a result, many youths were fleeing cities and towns to villages and some were joining the armed struggle. I was in the port city of Assab at that time and I had to go to my village of origin. For some time then, I started farming and began getting involved in administrational activities of the village. Shortly after that however, I left the village and joined the liberation struggle along with many of my colleagues in 1978 with the strategic withdrawal of the EPLF.

Tell us your experience in the struggle?

Of course the struggle was hard, which is of course what we expected. After I was w o u n d e d in a battle during the 3rd offensive, I was w i t h d r a w n from the f i g h t i n g units and got assigned as a teacher at the revolutionary schools; and once I was a coordinator of our unit’s cultural troupe. In line with that, I used to contribute articles to the revolutionary magazines which were published by the EPLF. Later I became an official writer of the Halewa magazine. 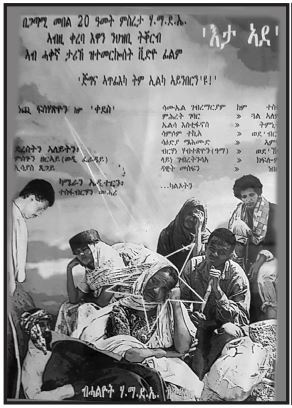 You have worked in many of the Eritrean musical and stage dramas……?

Yes, I have participated in many Eritrean stage dramas as director and writer. The “village dream” is among them which was written in English language, and is being translated to Indian language.

What’s directing for you?

Directing is a real art. Being a director is to be able to organize the technical crew and the actors, plus to be able to interpret the written story in to dramatic action. This requires making in depth analysis of the story. In addition, the director needs to convey the writer’s message appropriately and to ask himself what the audience should gain from the dramatic experience. Overall, film director should be patient with the actors until the needed shape of the film has taken.

What do you normally expect from your actors?

First and foremost, a film actor should be disciplined with punctuality and to present himself fully and willingly. And it’s obvious that they should portray the character they are assigned with all their ability. And it wouldn’t be boring if they changed their styles every now and then. 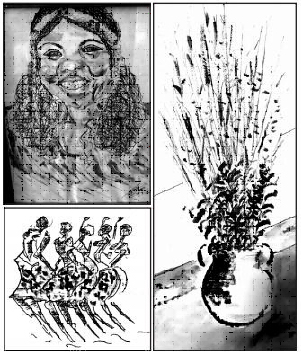 I have heard that you are also a painter….?

Actually I don’t have that much experience. But I like to play with colors like a small kid. I love to paint landscapes, birds and other things which impresses me; but I haven’t exhibited them yet, because I thought I have to make more collection.

How do you manage all of these works of art; is that a gift or result of toil?

First, I want to thank your appreciation. And sometimes something pushes you from your inside, and you try to express it in different ways. Some of them can’t be expressed simply with bare words, but it becomes easier to express them in other ways such as painting, poetry or other means of art. May be it could be a gift but gift alone is worthless without determination.

Thank you very much

A Glimpse into the Cultural Heritage of the Nakfa Trenches