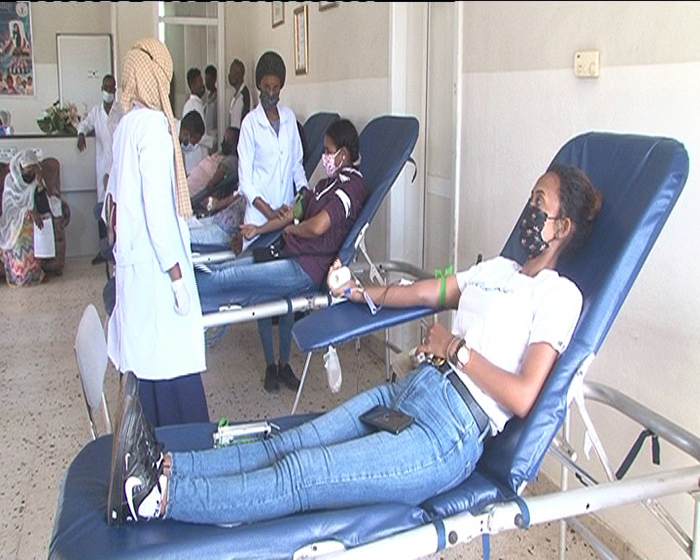 Asmara, 06 March 2022- Members of the National Union of Eritrean Women from the 13 sub-zones in the Central Region and women in the civil service voluntarily donated 235 bags of blood in connection with 8 March, International Women’s Day.

Ms. Selome Gebreselasie, head of Political Affairs at the union branch in the Central Region, said that the objective of the voluntary blood donation was to save lives with their renewable blood.

Commending the initiative the members took to enrich the National Blood Transfusion Service, the head of Promotion and Information of the National Voluntary Blood Donors Association, Mr. Mihreteab Araya called on others to follow the noble example of the members of the union. 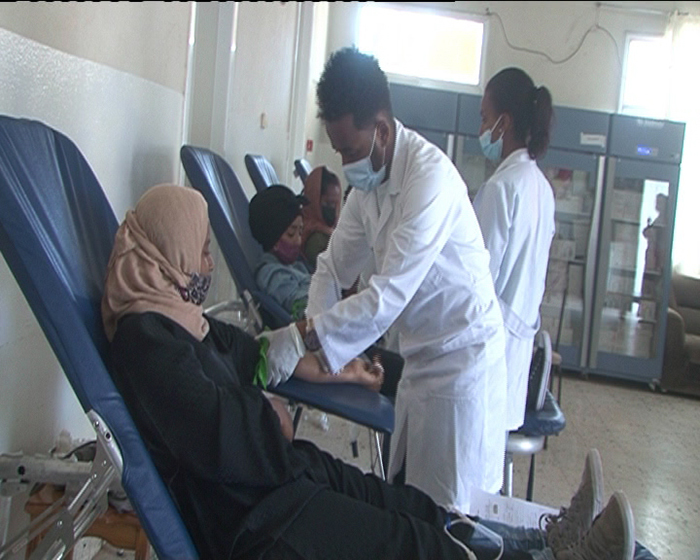 In the same vein, environmental sanitation program has been conducted in Massawa in connection with International Women’s Day.

At the occasion, Ms. Jimea Raki, head of the National Union of Eritrean Women branch in the Northern Red Sea Region, gave a briefing on the struggle of the Eritrean Women to realize their gender equality and contribution in the struggle for independence and safeguarding the national sovereignty as well as in nation-building process.

The participants on their part adopted various recommendations including for conducting sustainable awareness-raising activities and organizing training programs with a view to develop the overall capacity of women.