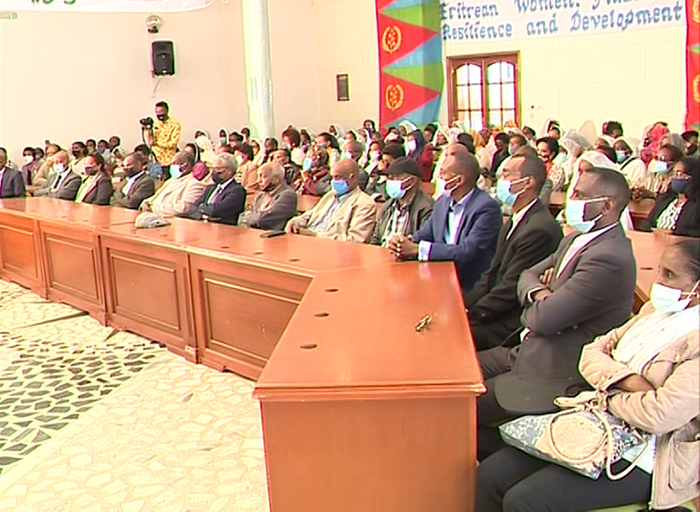 Asmara, 08 March 2022- International Women’s Day, 8 March, was celebrated in the Central Region under the theme “Principled Belief for Timely Imperative!” featuring various programs observing the guidelines issued to control the spread of the COVID-19 pandemic.

At the ceremony held at the Central Office of the National Union of Eritrean Women, Ms. Ketema Keleta, head of Administration and Finance of the union branch, delivered an official statement of the union issued in connection with International Women’s Day. 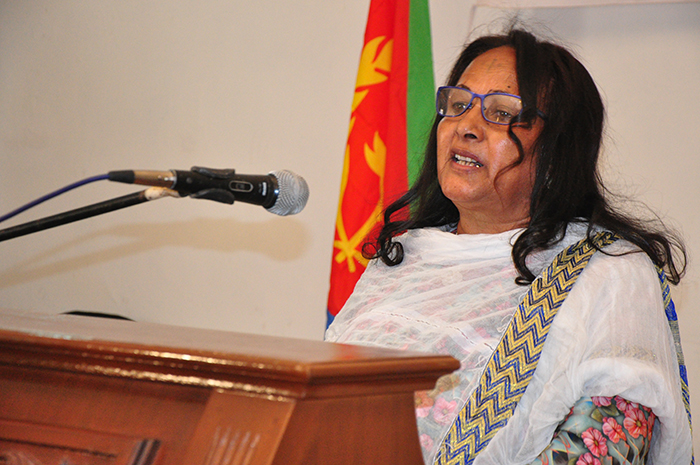 Ms. Ketema went on to say that the struggle of Eritrean women has significantly contributed to the transformation of the backward attitude of the society on gender issues as well as creating equal opportunities for women in all sectors including employment, education, and other social services.

Ms. Ketema also called on Eritrean women to develop their overall capacity and play a due role in national affairs. 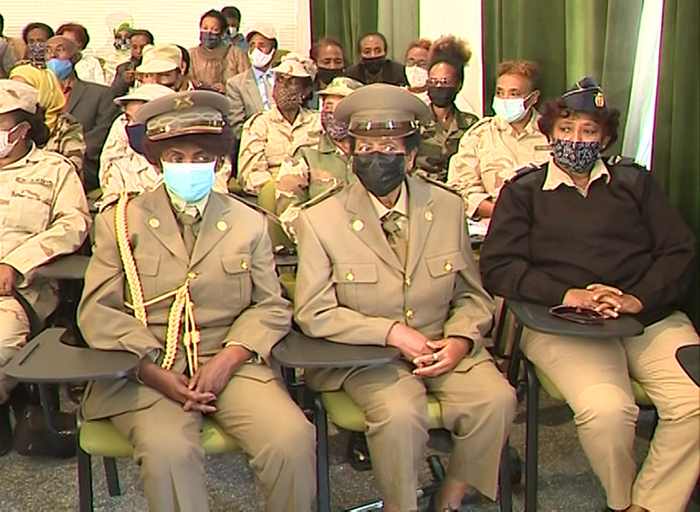 On the occasion, the Chairman of the Central Region Assembly, Mr. Abraham Semere, and head of the National Union of Eritrean Youth and Students branch in the Central Region, Mr. Samson Kifle delivered messages of solidarity.