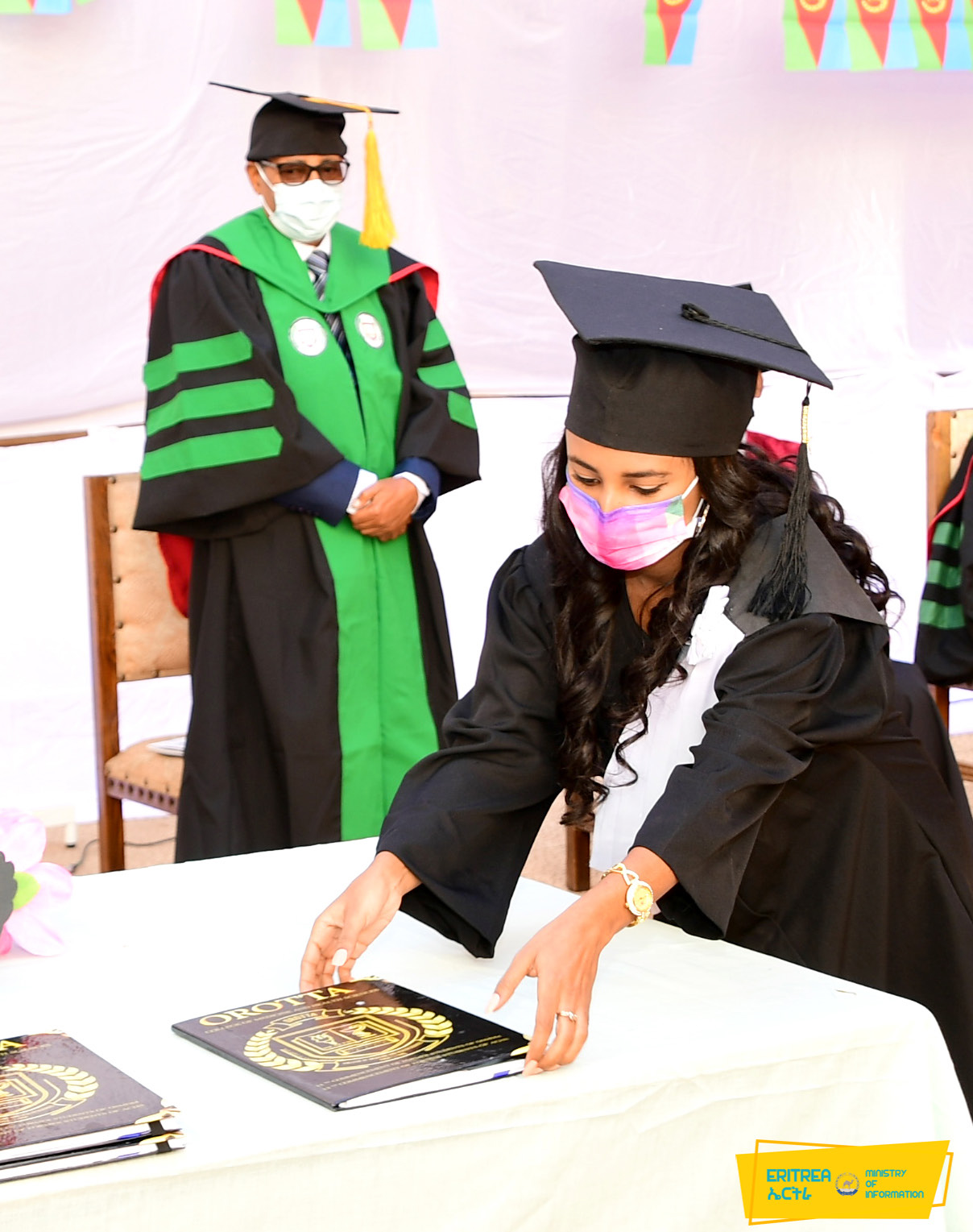 Ensuring the economic emancipation of women is a basic human right. Women’s unwavering determination to bring about multifaceted transformation as mothers, girls and citizens has enabled them to have a say in all work areas. Eritrean women who have fought for the country’s independence and to safeguard the national sovereignty have continued to play a due role in the nation-building process. Their participation in all sectors has enabled them to become breadwinners and supportive to their society. Eritrea’s policy on women’s rights is crystal clear: women and men have equal rights as citizens of the country. Gender equality has been a focal point of all policies that have been enacted in the country.

Women’s enrollment in schools, including colleges, has been the main driving force for their participation in all development sectors. The more women go to colleges, the more their input in the socio-economic transformation that has been going on and will go on in the country.

Women in villages are being provided with the necessary support to enable them to become economically self-reliant. They are given technical assistance and input such as chickens to start small-scale farms such as poultry. In collaboration with the Ministry of Agriculture and the Ministry of Labor and Social Welfare (MLSW), the National Union of Eritrean Women (NUEW) provided over 300 beehives to women farmers. In 2020, over 200 women were given training in weaving in Anseba, Central, Southern and Gash- Barka regions. Training of trainers in designing was also organized in 2021 to build the capacity of weavers.

Around 80 artisan women who work with beads were also trained in the techniques of making beautiful ornaments while 43 female members, who fulfilled their national service duties and have been exempted, have been trained to drive for the 2nd, 3rd and 4th-grade driving licenses. All 43 are now working as drivers, 20 work for the National Aviation Authority and the rest for Harat Transportation Company.

Over 47 million Nakfa has been disbursed as part of the micro-credit scheme for women to support them engage in the fields of their interest. The training and supportive measures have transformed women’s living standards and created a viable venue in upbringing and educating their children.

In 2021, over 9000 chicken were given to around 300 women farmers in various locations. The result has been so encouraging and such an intervention will be extended to other businesses as well.

Women have been organized at a community level in all villages to reinforce their participation in development activities. Their active participation in soil and water conservation activities has been a testimony to their commitment to protect the environment. There is no activity that women do not participate in. The major activities of women in environmental protection include the construction of terraces, the restoration of check dams, the construction of micro-dams and the planting of seedlings as part of the reforestation programs that have been carried out at a national level.

Around 250 women in Qnafina, a village in the Southern region, have become beneficiaries of solar energy while the women, on their part, actively participated in the renovation of roads and planting of seedlings. 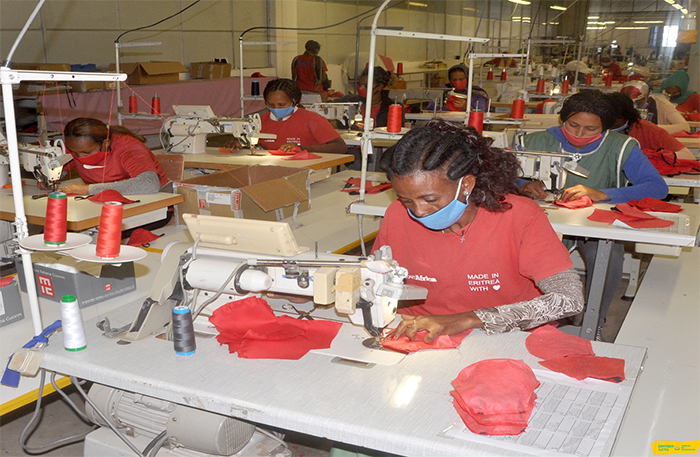 The overall participation of women and their unwavering determination to implement development projects is impressive. Ms. Senait Mehari, head of Socio-Economic Services at the NUEW, said that women in the six regions of the country have implemented 32 of the planned 33 projects. Their contribution in the national greening campaign was applauded and awarded on 15 May, the National Greening Day. “Any project set out to be implemented by women has always been successful,” Ms. Senait said.

The distribution of improved energy-saving stoves has been transforming women’s livelihood. NUEW has been motivating women to extend their influence in their communities by participating in all communal activities. The expansion of energy-saving stoves in villages has been done with the support of the MoA and the Ministry of Land, Water and Environment, and the role of the NUEW has been to facilitate and follow-up the projects.

Training was given to selected women who play a key role in promoting the stoves in their villages. They call the energy-saving stove ‘Adhanet’ (savior) for it has protected them from the hazardous effects of smoke and consumption of firewood. There have been major achievements in the distribution and promotion of energy-saving stoves at household levels in Central and Southern regions. The NUEW has been working to introduce portable Adhanet particularly in the lowlands.

The NUEW has also been actively engaged in supporting efforts that aim at women’s healthcare. The fight against malaria, Female Genital Mutilation, underage marriage and other healthcare issues have been reinforced to be able to fight against any unforeseen negative impacts that may erupt with the outbreak of COVID-19.

One in 10 women in the villages is given training in healthcare to provide basic healthcare services to mothers who have newly born children and children under five years of age. The intervention is done by three parties — NUEW, the Ministry of Health and the MLSW, who have prepared a strategic action plan and conducted studies on mother and child health.

The NUEW encourages female students to be competitive in their academic careers. It provides educational materials and make-up classes and gives awards to outstanding students to mark March 8 –International Women’s Day.

Eritrean women have been empowering themselves with the support of the NUEW and other stakeholders and playing roles in building the nation. United they overcome challenges and united they are always ready to make a difference. 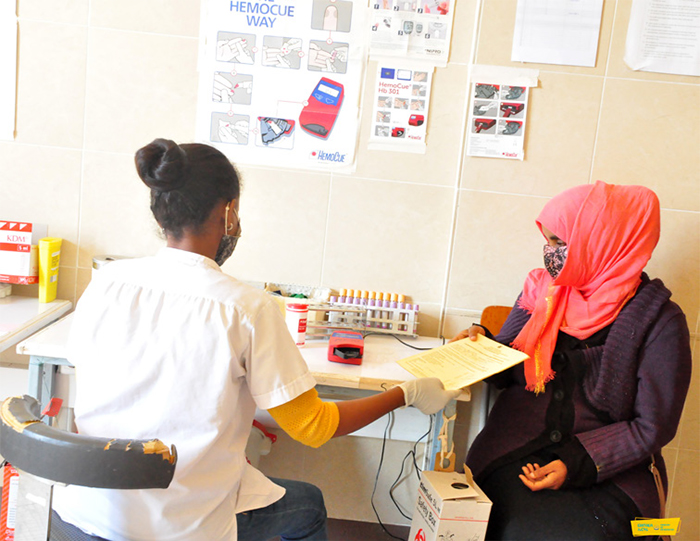 This year’s International Women’s Day will be commemorated under the theme “Principled Belief for Timely Imperative.” Events associated with the commemoration of March 8 will be held in all regions of the country and involve blood donation, visiting hospitals and supporting patients, staging dramas that highlight women’s role in all socio-economic activities and women’s role in the struggle for independence, and seminars, highlights of opportunities aimed at empowering women and the wider training opportunities women will have with the opening of vocational training centers for women in all regions of the country.

Gender Equality in and through Education