Gender Equality in and through Education 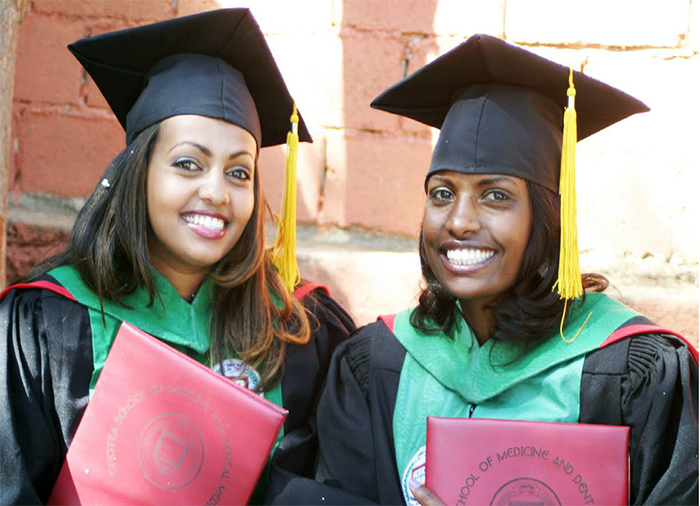 The goal of ‘Education for All’ in Eritrea has grown out of the recognition of its importance for the empowerment of citizens to respond to the demands of nation-building and national development. The education of women, in particular, is seen as a means to achieve gender equality and bring about social change.

Equality between women and men is one of the government’s fundamental principles. From the onset, the EPLF has taught equality of all citizens and treated all equally. As a result, a lot of progress has been made in getting more women into their rightful positions. In Eritrea, gender equality is more than just a slogan. Gender equality in and through education is at the center of the national development agenda of the country. 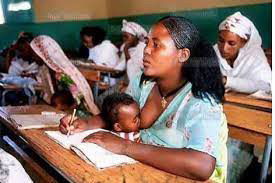 The national charter of Eritrea states that “unity, equality and participation of all sections of the Eritrean society should be the bases of all our programs.” At the global level, too, achieving gender equality in and through education is regarded as the key to achieving the transformational 2030 Sustainable Development Goals. Gender equality is key to the achievement of Sustainable Development Goals, including ending poverty (SDG 1), enhancing health and well-being (SDG 3), supporting gender equality and women’s rights (SDG 5), establishing decent work (SDG 8) and promoting peaceful and inclusive societies (SDG 16).

The traditional society of Eritrea describes women as the ‘light of the house.’ And the government strongly believes that educating girls delivers light that benefits not only the girls themselves but also makes their families healthier, safer and prosperous. The 1948 Universal Declaration of Human Rights recognizes the right to education, stating that elementary education should be free and compulsory for everybody, and higher levels of education shall be equally accessible to all on the basis of merit. Similarly, the national education policy of Eritrea aims at ensuring the equal participation of girls and women in all education programs. Education is seen as a human right that is essential to fulfill other human rights and the overall national development. It’s recognized as the greatest driver in efforts to eliminate poverty and achieve sustainable development. 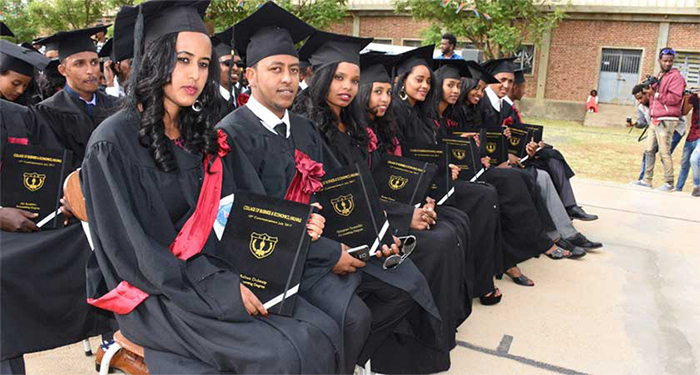 Eritrea has achieved phenomenal development in educating women from primary all the way to college level. The equitable access to schools in Eritrea has received appreciation. The government has demonstrated an unswerving commitment to provide every citizen equal access to educational opportunities.

After Eritrea’s independence, higher education has attracted great attention. Higher education was recognized as a powerful instrument of socioeconomic advancement of the society and a vehicle for upward social mobility. In 2004, the government decided to expand higher education and established seven colleges in different parts of the country.

With the expansion of institutions of higher education, women’s enrollment in colleges increased. In the 2020-2021 academic year, for example, out of the 1237 newly enrolled students at the College of Sciences, 590 (47.7%) were female. In the same year, female students make up 56.8% of the total number of students at Hamelmalo Agricultural College. The trend is almost the same in the other colleges with little variations. Women’s enrollment at vocational training centers is also encouraging. In the previous year, 43.7% out of the total number of students in Sawa Center for Vocational Training were women. The trend is the same in secondary schools. Almost half, 47.2%, of the 34th round of students at Warsay Yikealo Secondary School were women.

Higher Education is one of the most important means of empowering women with the knowledge, skills and self-confidence necessary to participate fully in the development process. With the expansion of education, many young Eritrean women are able to develop their full capacities and live and work in dignity. Women college graduates are increasingly participating in the social, economic and political life of the country and improving the quality of their lives. Education, in general, and higher education, in particular, is key to closing the existing gender gap, and women graduates are in a privileged position to lead and consolidate the change. Eritrean institutions of higher education are not only making contributions to the struggle for gender equality but also assume the responsibility of training future women leaders.

Eritrea’s achievements in fostering equality between women and men have helped to change the lives of the people for the better and provide the foundation on which to build a harmonious, inclusive and equal society. The increase in the number of women in education and at the workplace, though encouraging, needs to be sustained as women’s contribution is vital to the achievement of an inclusive and sustainable development.

In addition to making education accessible to all, the government also makes legal and institutional arrangements to ensure gender equality. The national charter of Eritrea and its macro policy contain important commitments to gender equality and women’s empowerment and provide the national values and principles that guide all Eritreans. Eritrea is a signatory to international conventions, including the Convention on all forms of Discrimination Against Women, Convention on the Elimination of all forms of Racial Discrimination, Convention on the Rights of the Child, African Charter on Human and People’s Rights, Universal Declaration of Human Rights.

The Government has introduced policies and schemes to level the ground for gender equality. The national charter states that “the issue of women is a major social issue. A society that does not respect the rights and equality of women cannot be a truly liberated society.” The education policy of Eritrea also states that “sustainable socio-economic development cannot be realized without the full participation of women, which comprise half of the population.” The Government has also drafted a gender policy and strategy in recognition of the fact that sustainable development cannot be realized without the full and equal participation of women at all levels. Many proclamations granting women equal access to state-funded services and restricting harmful practices like Female Genital Mutilation and underage marriage were also issued and enforced. 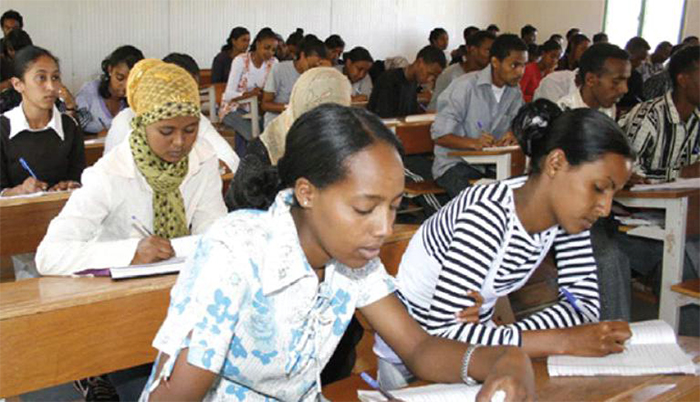 Eritrea is now relieved of the cost of gender inequality. By creating opportunities for women’s personal and professional development, Eritrea’s status can definitely be improved in terms of societal well-being and sustainable development. Eritrea views achieving gender equality in and through education as an accelerator of the human rights agenda, a pathway to social justice and the key to national development.

When we fast, We Fast Together