Speaking at the commemoration event in Riyadh organized by the National Union of Eritrean Women branch, Ms. Elsa Kidane, head of the union branch, indicating the proud history of the Eritrean women called for strengthened participation for total emancipation and empowerment of women.

Mr. Abdulrahman Imam, chairman of the Eritrean community, on his part called on the young to equip themselves with the necessary education and technology and play due part in the nation building process. 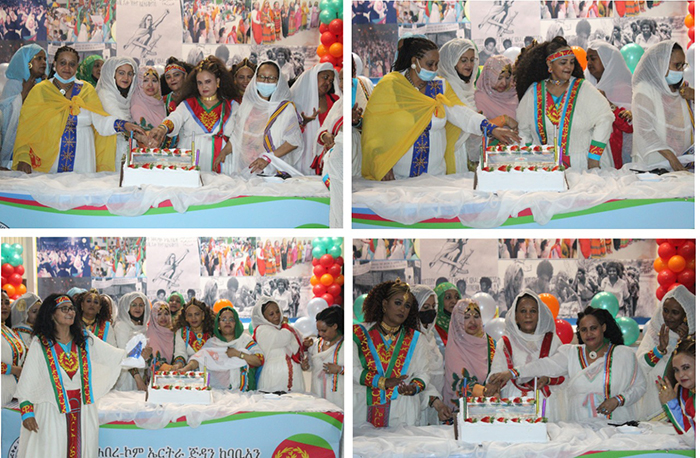 Indicating that the theme of the commemoration “Principled Belief for Timely Imperative!” reminds and shoulders the timely responsibility of women, Ms. Nura Haj Ali, head of the union branch, called for strengthening organizational capacity and participation in the national affairs.

The event was highlighted by cultural and artistic programs as well as exhibition.