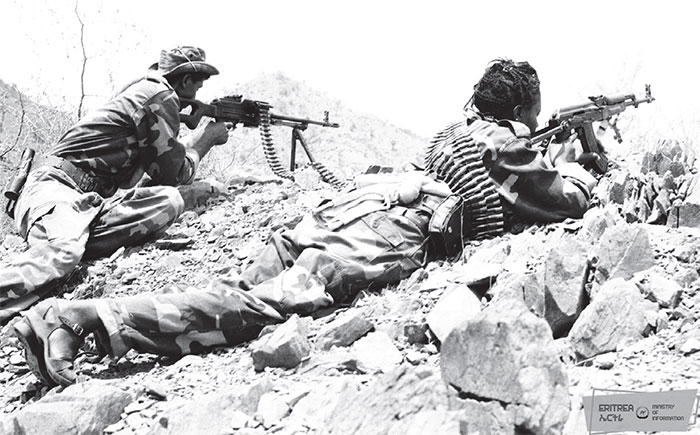 Two days ago I was listening to a song by a famous Eritrean female singer, Abeba Haile. The song’s title is ‘eritrawit’ (the Eritrean woman) and my four-year-old daughter asked me about the meaning of the song. I just looked at her thinking about where to start and asked myself who ‘eritrawit’ is. I tried my best to make my daughter understand but I couldn’t reach an endpoint. It is really important to remember all the history that Eritrean women went through during the colonial period, the armed struggle and the 30 post-independence years.

Eritrean women stood up against colonizers, got armed and wiped out tyrants. They made a lot of sacrifices. They tolerated hunger, thirst and harsh weather, and climbed mountains wearing a pair of plastic sandals. They ensured their equality by doing their part along with their male comrades. Eritrean women gave their precious lives for their rights and liberty. They said ‘no laying down of arms’ to both the irrational gender bias in the society and to the external oppressors. 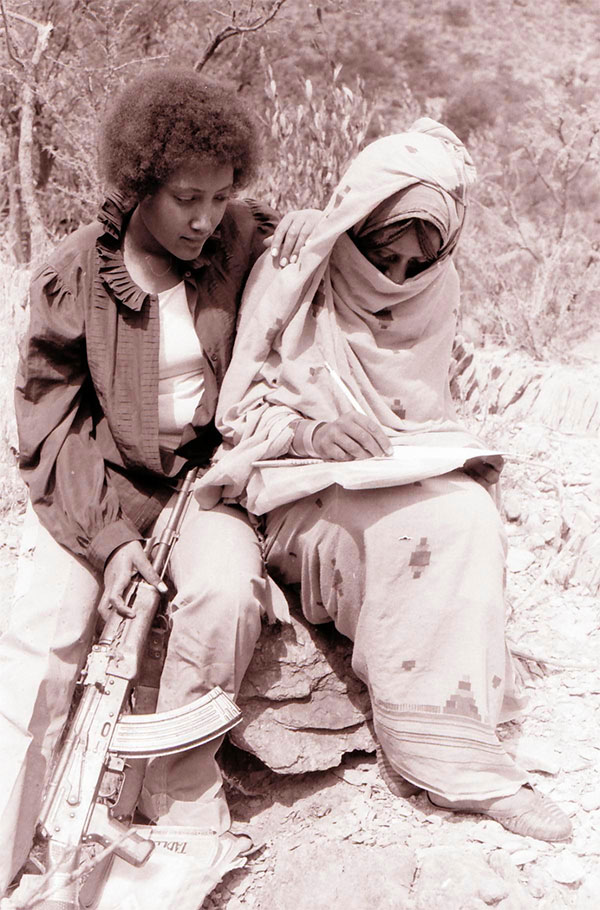 Eritrean fighters were not only warriors on battlefields but also leaders, mothers, mentors and lovers. They carried out every mission given by the EPLF with great passion and diligence. They break the burdens of Eritreans imposed by colonizers. In his book, ‘The tenacity and resilience of Eritrea,’ Tekeste Fikadu gave a broad account of the hardships Eritrean female fighters faced during the war, including challenges associated with their reproductive cycle and the very pervasive gender bias.

A friend of my mom’s, who is a veteran fighter, once told me that there were mothers who fought along with their daughters. Eritrean mothers gave both their lives and the lives of their offspring. Some mothers have four to five martyrs and some gave their only offspring because the existence of the nation takes precedence over their own lives.

Eritrean women in Diaspora did a good job in mobilizing Eritrean communities and funding the armed struggle. They gave whatever they had in their pocket, including their jewelry. Their contribution was so much that it is really difficult to imagine Eritrea’s independence without their sacrifices.

Eritrean women fighters made up 30% of the EPLF’s fighting force. This level of participation of female fighters was a stepping stone toward ensuring the transformation of the role of women to social, economic, political and cultural development of the nation. In order to build on the achievements earned during the struggle for independence, the government of Eritrea codified in the 1994 national charter the rights of women and their equal participation in nation-building.

The heroism of the freedom fighters has been passed down to the new generation, ‘warsay,’ who have made extraordinary sacrifices in the war of aggression waged by the TPLF. They have accomplished their duty in preserving Eritrea’s sovereignty. In the book ‘kaleay gedli nmklikal hager,’ the writers illustrate their bravery by saying “female fighters annihilated the invaders who came to erase the Eritrean identity and liberty. The enemy was left exposed to the bullet of ‘Eritrawit.’” They dealt with the adverse conditions of the battlefields and successfully defended the nation. They did this not for money or fame, but for the love of their nation.

The National Union of Eritrean Women (NUEW), which was born and flourished during the armed struggle, engages in empowering women to preserve their history and liberty and works for the equality of women. It also works to eradicate harmful cultural practices such as early marriage and Female Genital Mutilation and conducts campaigns all over the country to achieve its mission. 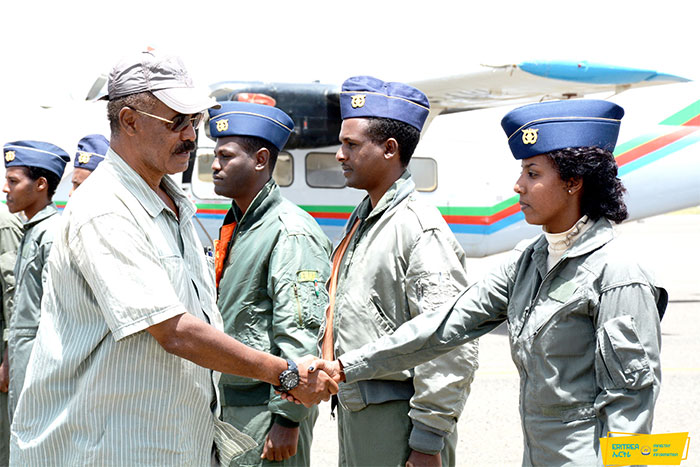 In the past twenty years many women have participated in national development programs such as the building of infrastructure, farming, industrial activities and the national service. Eritrean women all over the country are doing their part for national development. This is their promise to build their nation from the devastation of war and sanctions of the West.

It is apt to close with a quotation from Dr. Tekeste’s book. He wrote: ‘’To the Eritrean female fighters for their unique history which deserves world respect in the historic war of independence; they fought heroically and with extraordinary determination, steadfastness and perseverance in the pursuit of liberty on an equal footing with their male counterparts; and to all the martyred female fighters for whom present and future generations bear the torch of integrity embodied by their lives!