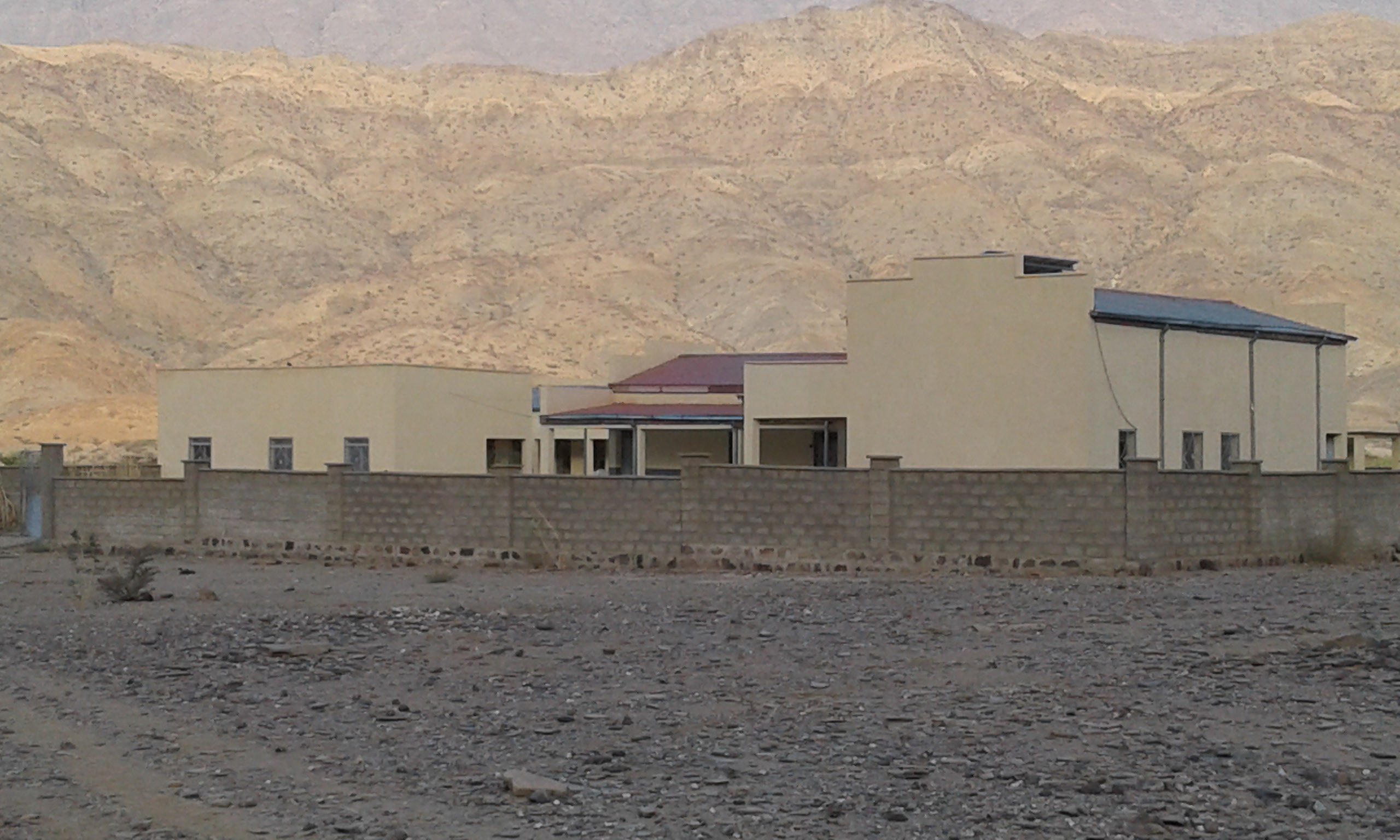 After Eritrea’s independence, the Government of Eritrea took initiatives to improve the standard of living of rural people based on the tenets of social justice and equal development.

In pursuit of this objective, the government has made substantial investments in rural areas based on the belief that unless these areas are given attention, the benefits of economic growth and development are not likely to trickle down to the majority of the population, particularly those in rural areas. This article gives an account of the development activities in Adobha sub-zone.

According to the local inhabitants, Adobha was difficult to pass through let alone to settle in for a long time due to its desert-like climate with little rainfall and difficult-to-access underground water. The name of the sub-zone is indicative of its climate. The name Adobha was originally Adoha, which means the enemy of the cattle. When herders were crossing Adobha in their migration from Barka (southwestern part of Eritrea) to the east in search of water, their cattle were dying there due to lack of water. That’s why it was named Adoha.

Mr. Mohammed Omer Drar, Administrator of the sub-zone, said that as there was not any social service in the past it all “had to start from scratch. Since then the sub-zone has grown fairly and its population is now increasing.”

After independence, lots of projects have been implemented to improve the livelihoods of the people of Adobha sub-zone. Until the administrative restructuring was made in 1996, the local administrations of the sub-zone were under different subzones, causing the people to incur additional costs of service. Then Adobha was founded as a sub-zone in 1996 with Etaro as its center. It is the farthest most and largest but least populated sub-zone of the Northern Red-Sea region. Some of the main problems of the sub-zone were transport, education and water supply.

For people to lead a sedentary life, the availability of potable water is critical. To ease the problem of potable water supply in the sub-zone, water is supplied using generators, solar panels, and manually-operated pumps. This has been a motivating factor for the regrouping of villages. During the armed struggle for independence, the area around Adobha served as one of the bases of the EPLF. The fighters fetched water from the wells dug around Etaro, Himbol and Ela-babu, which are still serving the local population. Agriculture was also developed around Badin but ceased to function after the end of the armed struggle. When the people of the sub-zone regrouped they have benefitted from the services provided, including education, healthcare and drinking water that have been made available near the areas they live in.

One of the sectors that have made major progress in this sub-zone is healthcare. There is one health center in Drit and one health station in Ela-Babu. In the remaining localities, healthcare service is given through foot medics. Healthcare professionals are giving commendable service in terms of raising community awareness and disease prevention. Though there is one ambulance in Drit health center, it is not sufficient to serve all the communities within the administrative areas because they are far from one another, Mr. Mohammed Omer said.

As far as education is concerned, Adobha sub-zone had no schools although literacy campaigns used to be carried out by the EPLF. Mr. Mohammednur Osman, director of the Ministry of Education’s (MoE) branch in the subzone, said that nine schools have been opened since 1991. The schools, which include pre-school, primary and junior levels, are registering promising results in terms of increasing access to schools. School enrollment in the subzone is still very low, and Mr. Mohammednur said that they are working to increase the number of students who should be enrolled in the next academic year. 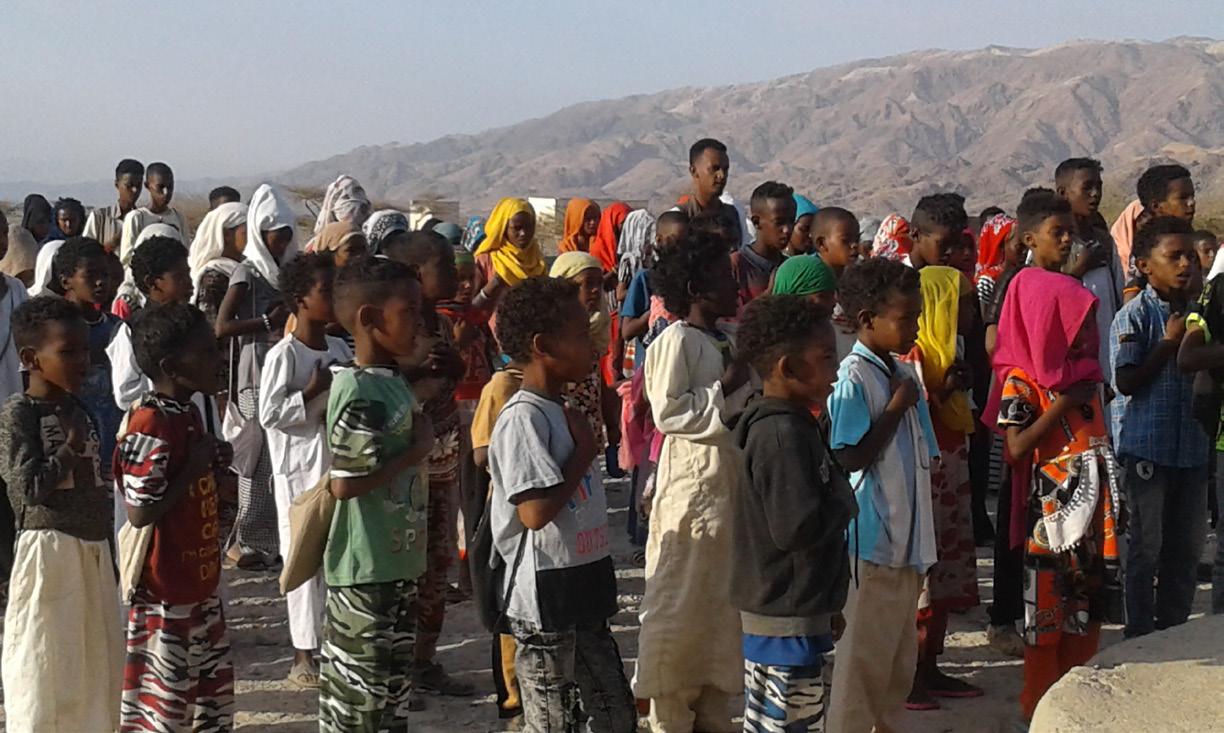 One of the endeavors of the MoE in the sub-zone has been to motivate students to be committed to their studies by providing assistance such as free meals during school days and stationery.

Adult education is also given and is playing a key role in reducing illiteracy. Most of the students are women and some will sit for the upcoming eighth-grade general examination, which is given at the end of junior secondary school education. Mr. Mohammednur said that there is a plan to open programs for students who couldn’t go to school at the appropriate young age.

The predominant economic activity in the sub-zone is pastoralism, with subsistence farming and few commercial agricultures that are operational. Most of the people of the sub-zone buy food products from Sudan. As an alternative, the administration of the sub-zone plans to expand agriculture in Badin to increase local production.

The biggest problem in the sub-zone is that of communication and transportation. Mr. Mohammed said that the roads need renovation and expressed his hope that this will be done in the coming few years.

Mr. Mohammed Omer said that as Adobha and surrounding areas were the rear base of the EPLF throughout the independence struggle, the Ministry of Tourism’s branch of the region should give due attention to preserving the historic places because of their significant value and contribution to domestic tourism.

Adobha sub-zone is one of the 16 sub-zones of the Northern Red Sea region. It is inhabited by around 12 thousand people in six local administrative areas — Adobha Nues, Mdgag, Hasta, Ela-babu, Ararb and Hager. Adobha sub-zone is mainly known for its mountainous landscape around the plateaus of Rora-Habab, Nakfa and Ayget and dry plains along the borders with Sudan. Eitaro (which is also called Drit) is 75 Km to the northwest of Nakfa. The remotest parts of the sub-zone are Ararb and Hager, 112 km west from the center of the administration. Most of the people live as pastoralists and a small percentage engage in trade and agriculture. The sub-zone is home to Bidawyeet and Tigre ethnic groups.