The Author of my Biography “Convinced me that the Story of Mine is also part of the Eritrean Struggle’s Narrative.” Estifanos Abraham 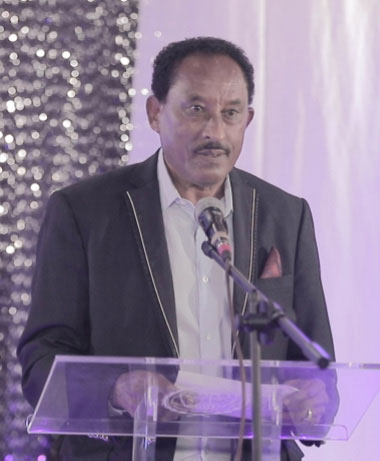 Written by Mr. Ghirmay Tekle, a biography of the legendary singer and songwriter, Estifanos Abraham (aka Zemach), has recently been launched. Here’s a translation of Estifanos’s interview with Hadas Er­itrea’s Abraham Zere. 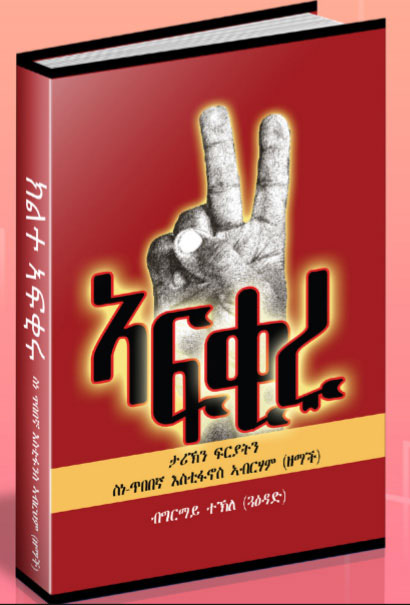 This question would have been addressed better by the author, but he is now abroad. The writer, Ghirmay Tekle, used to ask me to tell him my own story on a number of occasions without me being aware of his intentions. I knew he had written a book. So, when he kept on asking me questions about my personal story I did suspect that he was probably planning to write a story. Finally, he told me that he had a plan to write my biography.

Then I asked him why he hadn’t told me openly at the beginning. He said he was worried that I might reject the idea because Eritrean freedom fighters don’t want to talk about their personal stories, especially glories. Of course, I told him that I wouldn’t agree with his idea of writing my individual story because whatever was achieved during the struggle was an outcome of our collective efforts, not individual deeds.

Then Ghirmay gathered more information about me from many of my colleagues and other veteran freedom fighters. Afterward, he started to tell me my own story and convinced me that the story of mine is also part of the Eritrean struggle’s narrative, the story of those who gave their lives and those who are alive and should be published. He also added that my story would be a reference to young Eritreans. Then I gave him green light to go ahead and continue to write.

I feel very grateful that the book is so liked that some readers finished reading it overnight, and the feedback I see is encouraging.

It’s my biography. It covers my childhood, my school life, the 1970s (a time when young Eritreans left home in droves to join the armed struggle), life in the armed struggle, life at Revolution School, and Red Flowers (a cultural troupe of which I was a member).

No, that’s the author’s idea. I also asked Ghirmay the same question. When he gave me the manuscript to read before it was published, I came across this sentence “His first love was Semira, but he also had another love, which he loves more than Semira.” Enraged by this, I confronted him because I didn’t get his idea. When he told me the one I loved more dearly than Semira was my country, Eritrea, to whom I offered my youth and all that I had, I had nothing to say. I thanked him for his appreciation of my modest contribution.

It was amazing. I wanted to throw a big party because my story is also the story of all my comrades, freedom fighters, but due to Covid-19, I couldn’t. The ceremony was made colorful, though, with revolutionary songs sung by young artists.

My father was very kind, too, but my mother was a bit different. He was a priest who was serious and powerful.

It’s absolutely Mr. Ghirmay’s strength. He wrote it in simple language and easy-to-follow style. Plus, the book was very well edited by an experienced journalist and writer, Solomon Berhe. Many scholars and veteran writers like Alemseged Tesfay, the late Tekie Beyene, and Eng. Tsegay Teklemichael also offered many essential comments on the manuscript before it was published. I think it is the cumulative effect of all these efforts that made the book readable. I want to thank them all for their great contribution.

Over the years I’ve produced around 90 singles, but the number goes up if I include the songs I gave to the cultural troupe.

And for the other question, yes. For instance, my song entitled “Semira”. It was a song dedicated to my first love, whom I met in Keren while I was serving as a teacher (Keren was a liberated city under the EPLF). Semira was one of my students and she was really beautiful. It was love at first sight, and she soon understood that I liked her. We had some fun together: she used to take me out to the cinema and come to our house and make coffee for us. Then along with many other students in Keren she joined the armed struggle in 1978 during the strategic withdrawal of the EPLF.

For several years I hadn’t heard about her whereabouts. But one day she came to Arag to perform with her unit’s cultural troupe and I met her there. We parted after promising to make our relationship official someday in line with the matrimonial norms of the EPLF. She said goodbye with tears in her eyes. This was in 1981.

The 6th and 7th offensive attacks made it difficult for us to get together. When I heard that her unit was in Nakfa I went there to find her but couldn’t because her unit had been redeployed to Halhal. It wasn’t considered a noble thing to think about personal matters at that time. So I convinced myself to stay calm until the situation stabilized. I learned later she died heroically during the 7th offensive.

Ok Zemach, thank you for your time.

Thank you for inviting me to this interview.