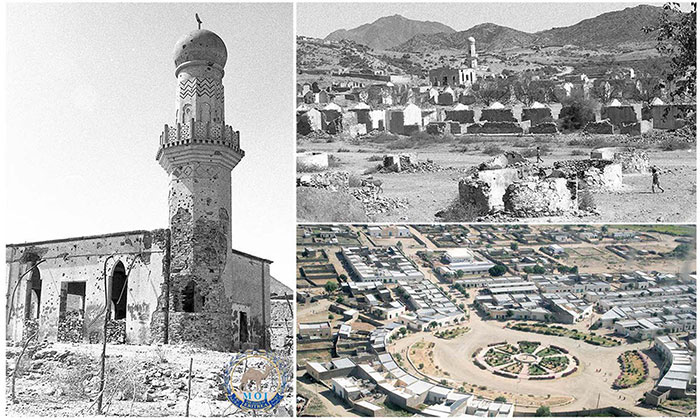 Memorialization of important national events has become part of the normal life of Eritreans. The historic town of Nakfa was liberated from the Ethiopian colonial army on 23rd March 1977 by the Eritrean People’s Liberation Front (EPLF) to become a second liberated area after Karora. Since independence, Nakfa has been a site of grand ceremonies and visitors’ site.

The commemoration of the liberation of Nakfa is one way of expressing gratitude to the sacrifices of the brave men and women, who fell in the battle. Until it was interrupted by the coronavirus pandemic, the liberation of Nakfa was celebrated colorfully in the presence of thousands of civilians, families of the martyrs and veteran liberation fighters. The commemoration is important because it tells a story not only about the past but also a story that continues to influence the life of Eritreans today. The collective resolve to remember significant events of the armed struggle for liberation constitute defining characteristics of the Eritrean people. Occasions of remembrance have created a sense of historical continuity which ultimately enhances the unity and cohesion of the Eritrean society. 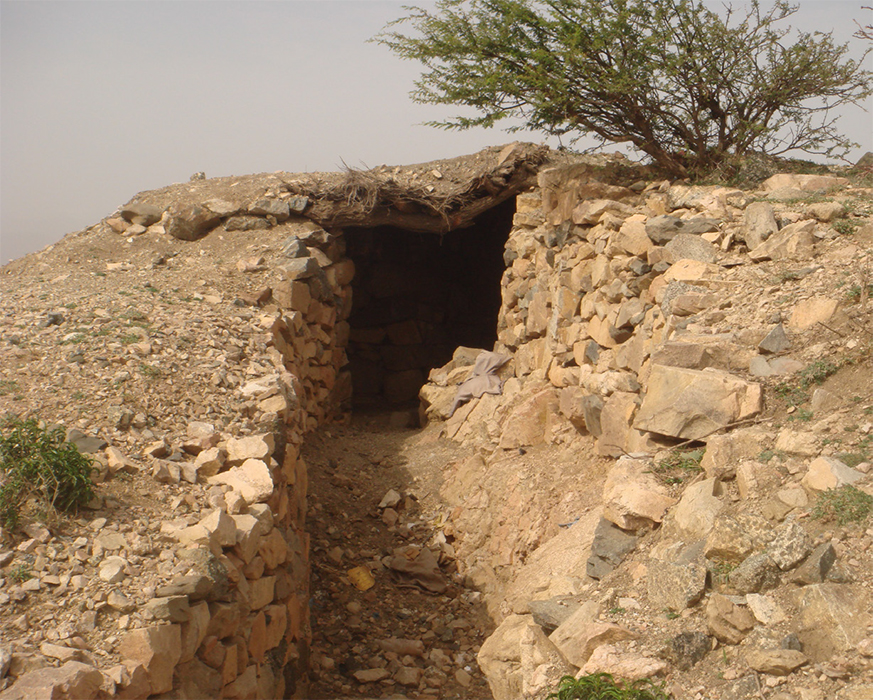 During the thirty-year armed struggle (1961 to 1991), Eritreans witnessed brutality and destruction. Sahel, in general, and Nakfa, in particular, served as base areas of the struggle and became strategic, symbolic and ideological center of the long struggle. Nakfa has become a national symbol of Eritrea and foundation for Eritrean nationalism. In honor of its contribution in the history of Eritrea, the EPLF held its third congress in Nakfa. In a similar vein, the post-independence cadre school was also built in Nakfa. Above all, Eritrea’s national currency, which was issued in 1997, was named Nakfa.

Nakfa, also referred to as “Nakfa hamelmal” by the people of Sahel, was later described as a “mother of perseverance and resilience,” “mother of revolution” and “the capital of the revolution”. It was the center of gravity of the Eritrean revolution. One cannot visualize the profundity of the revolution that brought radical transformation on Eritrean society without referring to Nakfa.

The EPLF was sheltered in the formidable mountains of Sahel, around Nakfa, successfully repelling successive Ethiopian assaults one after another. The defense of Nakfa was vital for the protection of the command center, logistics, and communication services of the organization.

In the national narrative of Eritrea, Nakfa was a symbol of resilience and perseverance. During the long and bitter struggle, Nakfa proved to be a reliable sanctuary of Eritrean fighters. When the EPLF decided to liberate the land and people step by step, Nakfa was one of the first places to be liberated after a long siege and an all-out offensive by the freedom fighters. The initial attempt to liberate the town was undertaken in September 1976, and the EPLF experienced positional warfare for the first time since its formation. Once it was liberated by the EPLF, Nakfa was never captured by the invading Ethiopian army that made so many attempts in the subsequent years.

The first surgical unit of the EPLF was set up in Nakfa. In his book ‘Journey From Nakfa to Nakfa,’ Dr. Tekeste Fekadu, a veteran liberation fighter, wrote: “On August 26, 1976, I was ready to go to Nakfa as a frontline surgeon with four other medical personnel that included Berhana Haile, then a senior nurse with much experience in the field of surgery. The other three were barefoot doctors, agar hakim, who were assigned to the battalions in the Nakfa Frontline.” 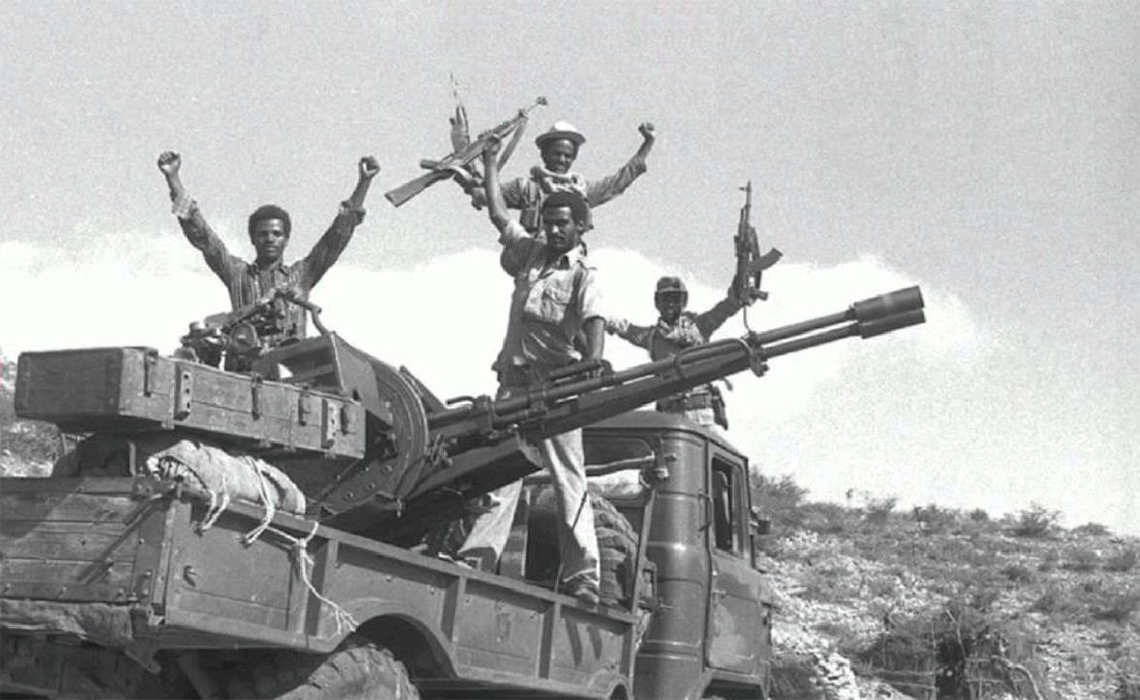 As part of the EPLF’s strategy to liberate cities and villages, the journey from Nakfa reached the besieged city of Asmara in 1977. The advance by the Eritrean liberation front was later reversed by the massive intervention of the Soviet Union, and the EPLF was forced to make the historic strategic withdrawal to save and continue the revolution.

The EPLF that once departed from Nakfa and reached the outskirts of Asmara returned to and stationed in Nakfa in 1979. The EPLF’s resilience was demonstrated in its ability to attack while retreating. The battles of Elabered, Ma’emide and Bogo are just few examples. In February 1979, the Nakfa front was created, marking the end of the strategic withdrawal. The immense sacrifice and endurance of the fighters to stand against the adversity was a bold mark in the modern history of humanity. In the mountains of Nakfa, the fighters faced the new reality with courage and determination.

The greatest quality of EPLF fighters is not in never falling, but in rising every time they fell. Like a tiny seed with potent power to push through tough ground and become a mighty tree, the EPLF stationed in the mountains of Nakfa bred unimaginable strength to push back the enemy with the biggest army in Sub-Sahara Africa. The difficult conditions left the organization stronger and more resilient. Resilience and commitment helped the fighters to persevere and defend Nakfa for ten years. 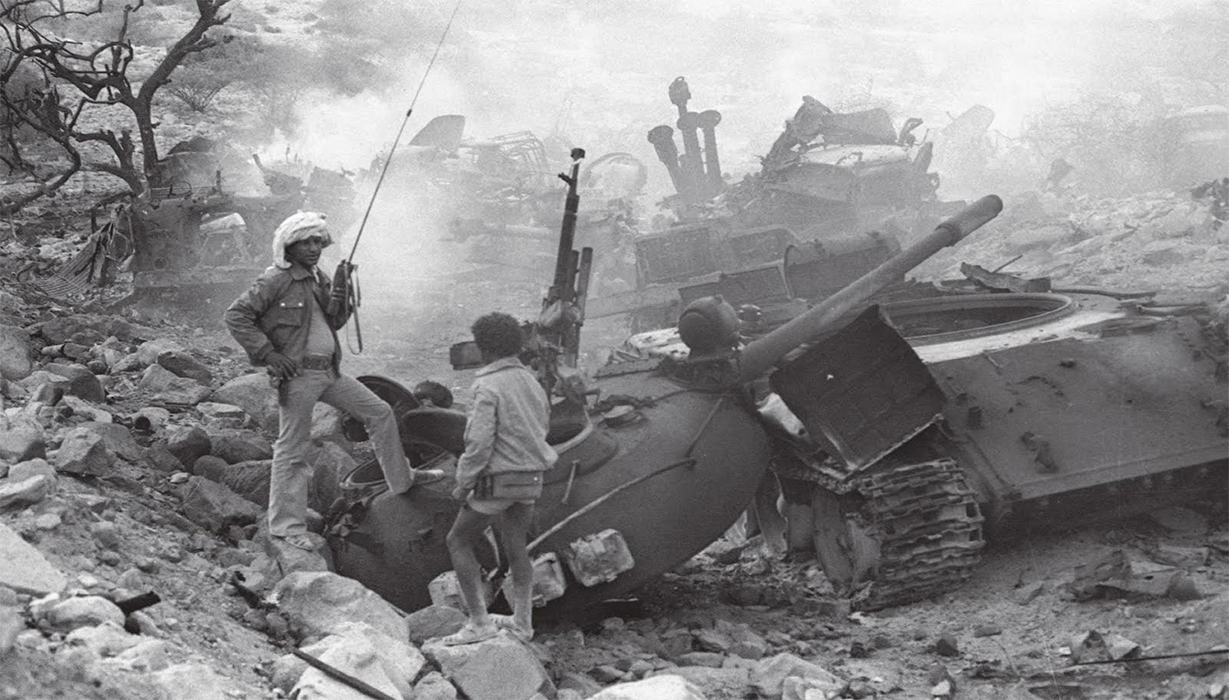 Throughout the armed struggle and particularly during the last few years of the struggle, various types of ammunition, including cluster and napalm bombs, rained day and night over Nakfa and the freedom fighters. But Nakfa and the freedom fighters had developed a secret to resist and stand against the incredible suffering. They tolerated the inevitable pain to gain and regain the liberation and dignity of Eritrea. The immense grief made Eritrean freedom fighters more resilient. In the face of global aggression, they discovered humility, dignity, and discipline.

Eritrean freedom fighters suffered and fought against the Ethiopian army and its allies, on one hand, and against the hostile natural environment of Sahil, on the other. In the course of the struggle from the gates of Nakfa to the heart of Asmara the fighters bounced back and stood up numerous times. In the process, they explored and expanded their fullest potential as liberators. Therefore, the commemoration of the liberation of Nakfa is one way of expressing appreciation to the bravery, resilience, tenacity and endurance of the heroes and heroines of the Eritrean revolution.

“I think the Aviation College is Very Crucial for the Future of the Eritrean Air force.” Second lieutenant Hana Kidane