Seminar of nationals in Germany 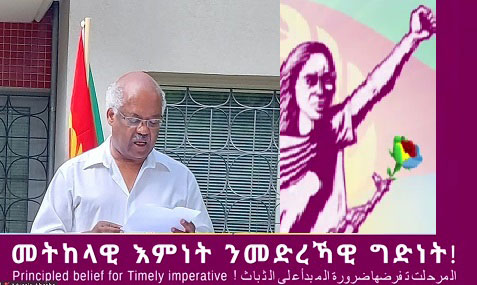 Asmara, 24 March 2022- Nationals in Germany conducted a virtual seminar focusing on the objective situation in the homeland as well as regional developments. The seminar has been in continuation of the programs the nationals in various cities of Germany have been conducting from 5 to 19 March.

At the seminar in which over 500 nationals participated, Mr. Yohannes Woldu, First Secretary at the Eritrean Embassy, and Mr. Musie Fesehaye, Secretary of the National Committee, stated that strengthening organizational capacity and unity of the national organizations is a timely task and that strong effort will be exerted to that end. 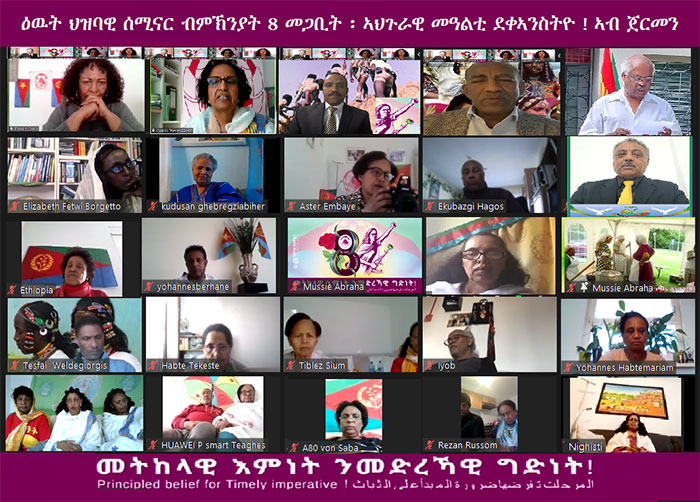 Mr. Kibreab Tekeste, Charge d’Affairs at the Eritrean Embassy, also gave a seminar on the role of Eritrean women in the struggle for independence and in safeguarding national sovereignty as well as the history of the global struggle of women.

The Chairperson of the National Union of Eritrean Women branch in Germany, Ms. Okba Afwerki on her part gave an extensive briefing on the role the Eritrean women played in realizing national independence and in safeguarding national sovereignty, ensuring social justice as well as gender equality.

Commending the participation and contribution of Eritrean women in national affairs, Mr. Kahsai Tewolde, head of Public and Community Affairs at the Eritrean Embassy called for reinforced participation for a better outcome.

The event has been highlighted with cultural and artistic programs.

Press Statement: Eritrea’s Progress in Promoting and Protecting the Rights and Welfare of the Child Evaluated by the ACERWC