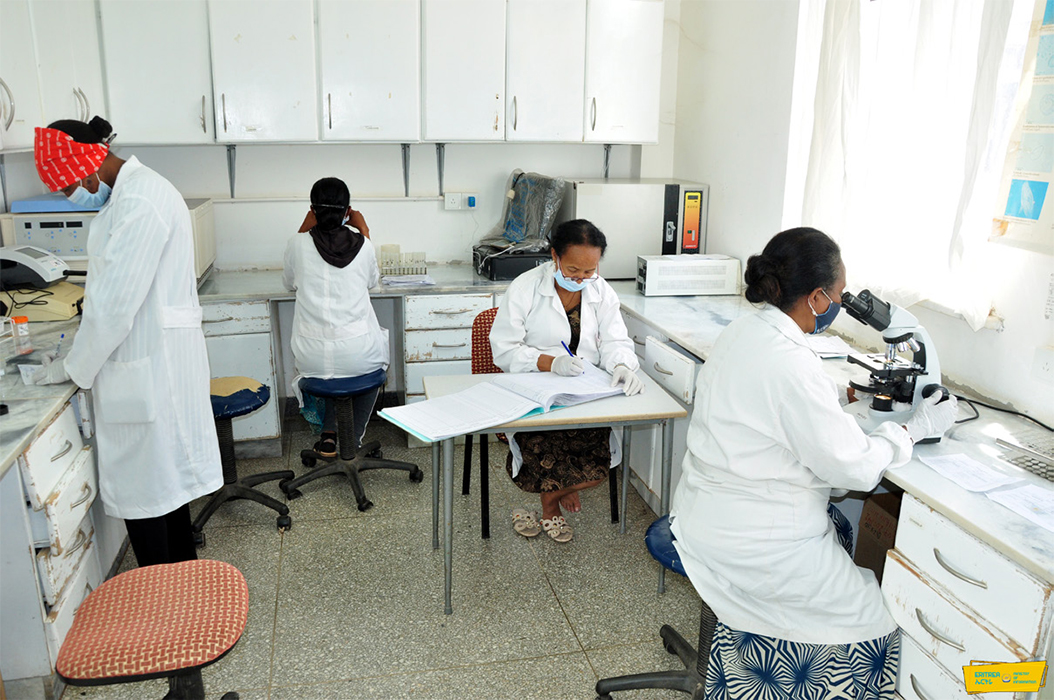 Each year, we commemorate World Tuberculosis (TB) Day on March 24 to raise public awareness about the devastating health, social, and economic consequences of TB and step up efforts to end the global TB epidemic. The date marks the day in 1882 when Dr. Robert Koch announced that he had discovered the bacterium that causes TB, which opened the way towards diagnosing and curing the disease.

TB remains one of the world’s deadliest infectious killers. Each day, over 4100 people lose their lives to TB, and close to 28,000 people fall ill with this preventable and curable disease.

The theme of World TB Day 2022 – ‘Invest to End TB. Save Lives.’ – conveys the urgent need to invest resources to ramp up the fight against TB.

TB treatment prevents transmission of infections and avoids the suffering of people who have the disease, Mr. Amanuel Hadgu, Public Health expert, said.

TB is caused by bacteria called Mycobacterium tuberculosis that primarily affects the lungs. It is transmitted from person to person through the air during breathing. When people with active TB cough, sneeze, talk, or spit, they can expel TB germs into the air, and then another person who breathes in the air with the germs becomes infected. In addition, consuming unpasteurised milk and milk products from cattle infected with TB can cause TB to humans. This kind of TB is commonly called bovine TB. The common symptoms of TB are coughing for more than two weeks, fever, night sweats, loss of body weight and loss of appetite. Individuals with compromised immunity, such as people living with HIV, diabetics, the malnourished, and active alcohol and tobacco users, are at high risk of falling ill with TB if infected.

The Ministry of Health (MoH) is working to achieve the overall goal of maximizing the health and wellbeing of all Eritreans of all ages. As part of this plan in this particular area, the National TB and Leprosy Control Program is doing its best to provide TB care and prevention to the people.

Moreover, all TB care and prevention services are offered free of charge for all citizens in the country. The program is also working on increasing the population’s awareness about TB by providing health education and timely information through mass media and trained TB DOTs promoters.  Ms. Hiwet Neguse, head of the National TB and Leprosy Control Program at the MoH, said that the Global TB targets and associated milestones set by the World Health Organization’s (WHO) “End TB” strategy call for a 95% reduction in TB deaths and 90% reduction in incidences of TB by 2035. Hence, Eritrea is also working hard to achieve the national target aligned to the global targets to end TB. 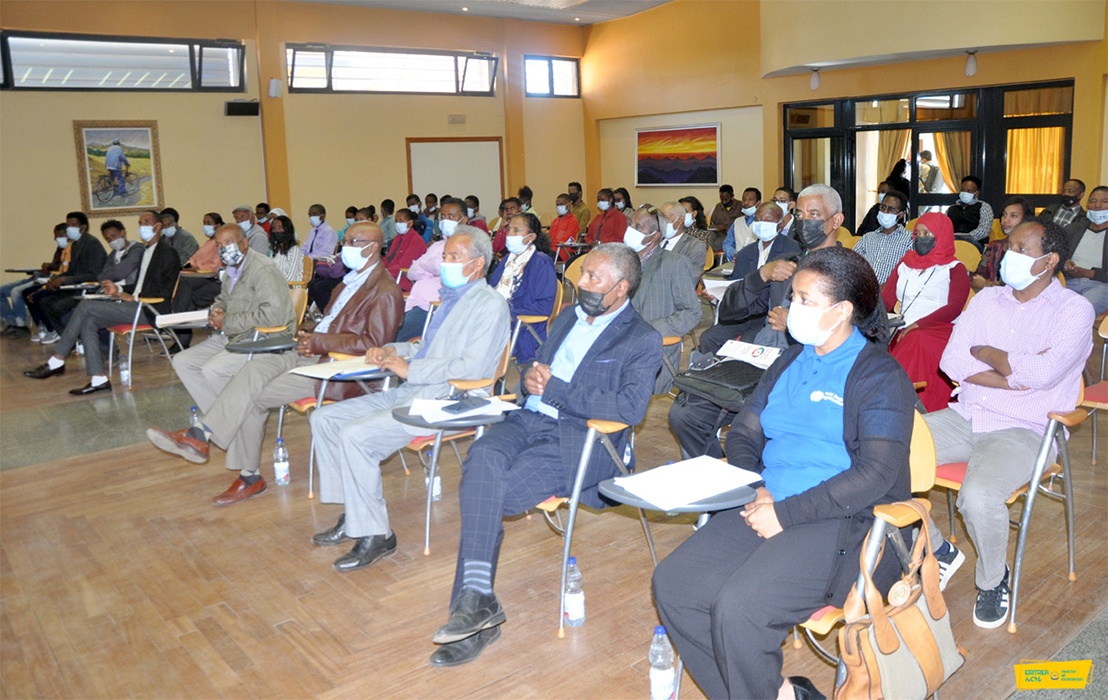 Success in controlling TB in Eritrea is based on several factors. The expansion of the laboratory services has been instrumental in TB diagnosis and management in Eritrea. The diagnostic capacity of the laboratory has been markedly improved by introducing new diagnostic tools in health facilities both at national and regional levels.  One of the latest technological products in diagnosing TB is the Gene-X-pert machine. The country introduced these machines in 2013. The utilization of these machines has been increased as all TB suspects are initially diagnosed simultaneously by Gene-X-pert machines and microscopy.

As Mr. Zenawi Zeremariam, Public Health expert, said the National TB and Leprosy Control Program follows a “Patientcentred Approach” in managing TB patients. This approach is implemented with the support and involvement of community members. Community health agents, mainly DOTs promoters, actively participate in TB presumptive identification, treatment supervision for TB patients, contact tracing, defaulters tracing and conducting awareness generating campaigns at community levels. One of the significant achievements of the community health agents in TB control, care and prevention is their support in treatment supervision and monitoring for patients. According to the annual report of the National TB and Leprosy Control Program, in 2021, 71% of all TB patients in Eritrea were supervised by health workers, and the rest, 29%, were directed by DOTs promoters. TB patients whose treatment was supervised by DOTs promoters since 2019 has reached 95 % treatment success rate. This figure exceeds the overall national treatment success rate. Thus, we can conclude that their performance in supervising TB treatment was equal to or higher than the health facility success rates.

Currently, the program focuses on increasing case detection through contact tracing sputum transportation, addressing highrisk groups such as HIV patients, diabetics, pregnant mothers, children under therapeutic feeding and prisoners. As part of this focus, HIV testing for TB patients and enrolment of HIVpositive patients for antiretroviral drugs has consistently been 100%. Similarly, all TB patients are tested for diabetes mellitus and diabetes mellitus patients are also screened for TB, Mr.Zenawi said. Similar, screening is done for the TB high risk groups in Eritrea. 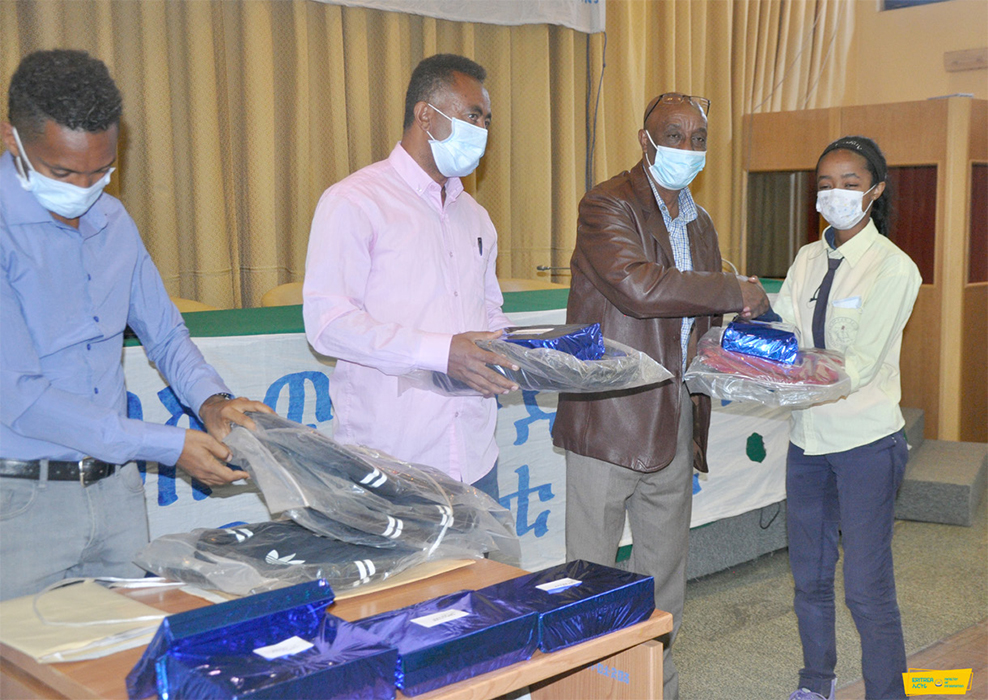 One of the biggest threats to global TB control is the emergence of drug-resistant TB. In Eritrea, even though the number of multidrug-resistant TB (MDR-TB) cases is small, the existence of this problem needs significant attention. The prevalence of MDR-TB in Eritrea is 7.5% in new TB cases and 2% in previously treated TB cases. A specialized hospital (Merhano MDR-TB Hospital) for the management of MDR-TB cases was opened in 2011. Treatment for MDR-TB cases takes between nine months and a maximum of two years, and the management of MDR-TB patients is very challenging due to the side effect of the medicines used to treat the disease. Despite the challenges, Eritrea has achieved good treatment success rates in MDR-TB as well. Currently, the treatment success rate for MDRTB is 88.2%, which is far better than the global that stands at 75 %.

One of the new interventions in TB control programs in Eritrea is TB preventive therapy. Previously children under five years and HIV-positive patients were provided preventive treatment for TB. This approach has expanded to include all contacts of confirmed pulmonary TB cases. The new intervention is expected to reduce the number of incidences of TB in the community, thereby helping the country to march towards ending TB.

Overall, it can be said that Eritrea is standing on its feet in fighting TB. This is a reminder of what could be done at its best and vouch for further improvement as there are still some areas that should be addressed.

The MoH calls on all members of the community to use the TBrelated services when they have any symptoms suggestive of TB and to encourage and support TB patients and their families. TB can be tackled and defeated in our community.