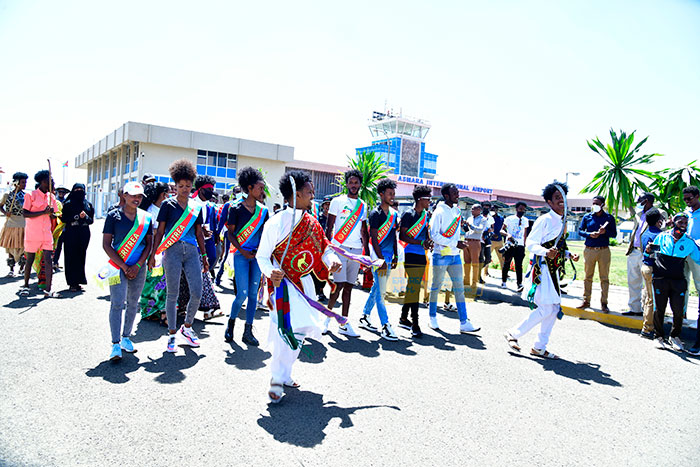 Asmara, 30 March 2022- The Eritrean Cycling National team that has been taking part at the Africa Cycling Championship 2022 in Sharm El-Sheik, Egypt, from 22 to 27 March returned home today, 30 March and has been awarded warm welcome by Asmara residents and sports fans.

At the ceremony held at Asmara International Airport, Ambassador Zemede Tekle, Commissioner of Culture and Sports thanked the members of the national team on behalf of the people and Government of Eritrea. 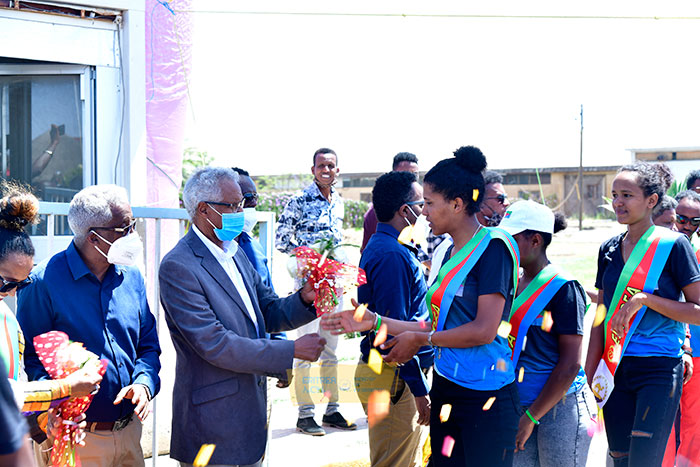 Ambassador Zemede indicating that the outstanding victory has been gained by young and new cyclists, and that robust effort will be exerted to produce more competitive cyclists.

Ambassador Zemede also said that the event has created additional color for Professional Cyclist Biniam Ghirmay, first African winner of a major International Cycling Race, as well as Natnael Tesfatsion, winner of the Tour de Rwanda 2022, have joined that the national team in the welcoming ceremony. 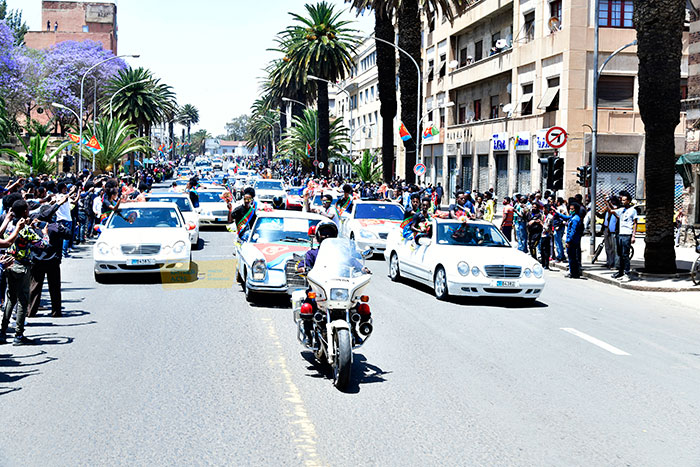 It is to be recalled that, in Africa Cycling Championship 2022 in Sharm El-Sheik, Egypt, from 22 to 27 March, the Eritrean National Team collected 15 medals including seven Gold, six Silver and two Bronze.