Important Dates in March in the History of Eritrea 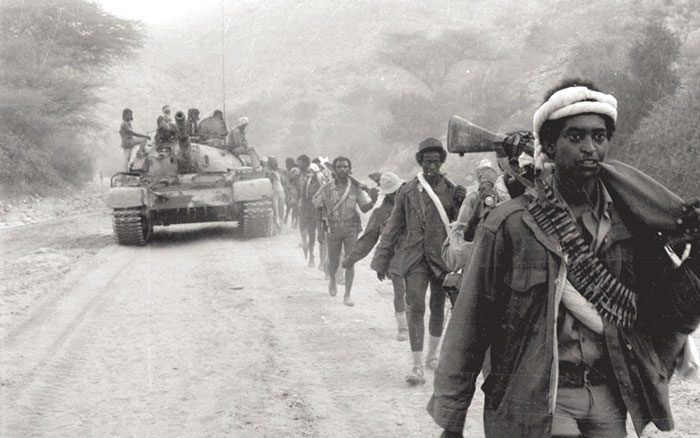 The Philosopher, George Santayana, is known for declaring that “those who cannot remember the past are condemned to repeat it.” This saying speaks to the importance of remembering history. Highlighting the importance of history, Howard Zinn also wrote: “If you don’t know history it is as if you were born yesterday. And if you were born yesterday, anybody up there in a position of power can tell you anything, and you have no way of checking upon it.” In Eritrea there are numerous historically important dates worth remembering. Here are some of the important dates that happened in the month of March.

March 9, 1975, Black Sunday in Akordet: Successive Ethiopian governments intensified genocidal acts to crush the armed resistance of the Eritrean people and pursued a scorched earth policy of destruction and terror to impair the fighting spirit of Eritreans. Black Sunday of Akordet was part of the many barbaric and brutal killings of innocent Eritreans. On that cursed day people were dragged from their houses and a mosque to be slain like animals. Soldiers tore pregnant mothers’ wombs and severed the heads of children and the elderly. The aim of the mass killings in Akordet, like other places of Eritrea, was to terrorize and demoralize the people.

A former senior Ethiopian government official, who was by no means sympathetic to the Eritrean legitimate cause for national liberation, said “The army made a crucial error in this operation; it did not concentrate on attacking the guerrillas directly; instead it devastated the villages suspected of harboring them.” Recounting his personal memory, he further writes: “I remember soldiers slaughtering cattle, eating what they wanted, and then leaving the rest to rot. Sometimes soldiers would kill cattle just to get the livers.”

The immediate cause of the March 9, 1975 massacre was the assassination of a security officer in Akordet by freedom fighters. When Major General Werku Chernet came to see the Ethiopian army based in Barka, he held a meeting in Akordet. In the midst of the meeting he heard the news about the assassination of the well known Ethiopian agent in the town. Before leaving the town, the general gave an order to his subordinates to kill the inhabitants of the town. The atrocious massacre started at around 4:15 pm and continued well up to 7:00 o’clock. Within three hours, more than 375 innocent people were killed and more than 350 houses burned. Eritreans refer to the day as ‘Black Sunday.’

March 23, 1977, the liberation of Nakfa: During its first congress, the EPLF had resolved to continue the strategy of ‘liberating the land and the people step by step.’ Karora was the first town to be liberated; it was liberated in January 1977. Nakfa was second and was liberated in March 1977 following a siege that lasted six months. Nakfa was a symbol of resilience and perseverance. The Ethiopian army fought many deadly battles to regain Nakfa shouting “Nakfa or death” but to no avail. Nakfa saved the symbolic and material aspects of the Eritrean struggle for independence. In recognition of Nakfa’s incredible role during the struggle for independence, Eritrea’s currency is named Nakfa. 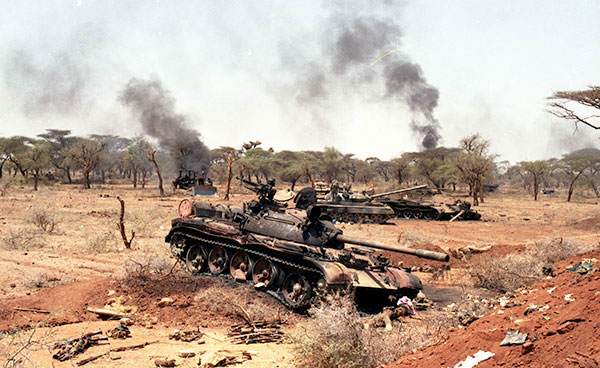 March 26, 1983, the seventh or stealth offensive of the Derg: This offensive was different from the military campaigns before it because it was conducted without fanfare. It lasted five months until the EPLF forces carried out a counter offensive. The Derg initiated the military campaign because it thought that the EPLF had been weakened during the sixth offensive in 1982. It’s true that the sixth offensive drained more than half of the EPLF’s combatants. But the numerical disadvantage of the EPLF was compensated by its fighters’ perseverance, dedication and creativity. During the seventh offensive, the Derg army sustained a heavy loss: around 25,000 dead and wounded.

March 19-21, 1984, the demise of Wuqaw Command in North Eastern Sahel: Following the strategic withdrawal of the EPLF in 1978 up to 1983, the Ethiopian army had a relatively superior position over the freedom fighter. But after the sixth (1982) and seventh (1983) offensive attacks, the war entered a stage of stalemate. The EPLF withstood the strongest offensive attacks the enemy had ever launched. This success boosted the EPLF’s morale to launch counter-offensive attacks to end the stalemate and change the balance of power in its favor. The EPLF’s offensive on March 19, 1984 against Wuqaw Command garrisoned in North Eastern Sahel, marked the beginning of the burial of the Ethiopian army in Sahel. The surprise attack by Eritrean freedom fighters drowned the Ethiopian army into the Red Sea. The Derg lost around 7000 soldiers in the plains of Sahel.

March 17-19, 1988, the demise of Nadew Command and the liberation of Afabet: After the second and unity congress, the EPLF had decided to intensify its military operations. On March 17 Eritrean People’s Liberation Army (EPLA) began its most comprehensive military offensive to annihilate Nadew Command and liberate the town of Afabet. The Nadew command was a 22,000-strong army, stationed permanently at Nakfa and Afabet fronts for nine years. As planned, the EPLA destroyed the Nadew Command and liberated Afabet within 48 hours. The strongest of the Ethiopian army couldn’t withstand the offensive of the EPLA. Afabet, which since 1979 had been the main garrison town of Ethiopia’s strongest army, fell in the hands of the EPLA on March 19. The center of gravity of the Ethiopian army was smashed and the Derg lost one of its most experienced and war-hardened army of 18,000. Lt. Col. Afewerki Wassae, political commissar of the Ethiopian army in Eritrea, and three Soviet officers were captured. In the operation 50 tanks, 100 trucks and a large number of light and heavy weapons were seized. 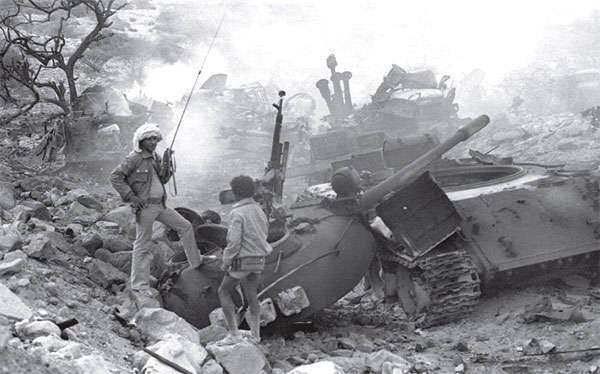 The battle of Afabet was described by historian Basil Davidson as “the biggest victory ever scored by a liberation movement anywhere since Dien Bien Phu.”

March 12 – 19, 1987, the Second and Unity Congress of the Eritrean People’s Liberation Front and the Eritrean Liberation Front (Central Leadership) conducted: the Congress was attended by 1,287 representatives of freedom fighters and civilians, nationalist organizations, representatives of 25 governments, political parties and organizations. As national heroes, two elderly Eritrean political leaders, Woldeab Woldemariam, in person, and Sheik Ibrahim Sultan, via video, delivered messages of unity and heroism to the participants. A Central Committee was elected and in turn the Central Committee elected Issaias Afwerki as the Secretary General of the EPLF.

March 29, 1991, EPLF released three Soviet prisoners of war: The Derg received unrestricted material and military support from the Soviet Union, which sent senior army officers to plan and lead the war in Eritrea. After years of fighting, for the first time, three Soviet military advisors (two colonels and a lieutenant), had fallen in EPLF’s hands during the Operation that crushed Nadew Command.

March 14-16, 1999, crushing intensive offensive by TPLF units against Eritrean position in Egrimekel: On 14th March 1999, the TPLF-led government of Ethiopia started an attack to break the defense lines of Eritrean Defense Forces in Egrimekel with huge human wave and strong armory. This battle demonstrated the fighting capabilities of Eritrean forces. TPLF units were destroyed egregiously. In the battle 50 tanks were burned, one MI-35 helicopter was shot down while 30 tanks were captured by Eritrean forces. The humiliating defeat of the TPLF army was witnessed and reported by Eritrean and foreign journalists.

When we speak about remembering the past our focus should not be on single and scattered events. Historical events should be studied not in isolation, but by making connections to the bigger picture.