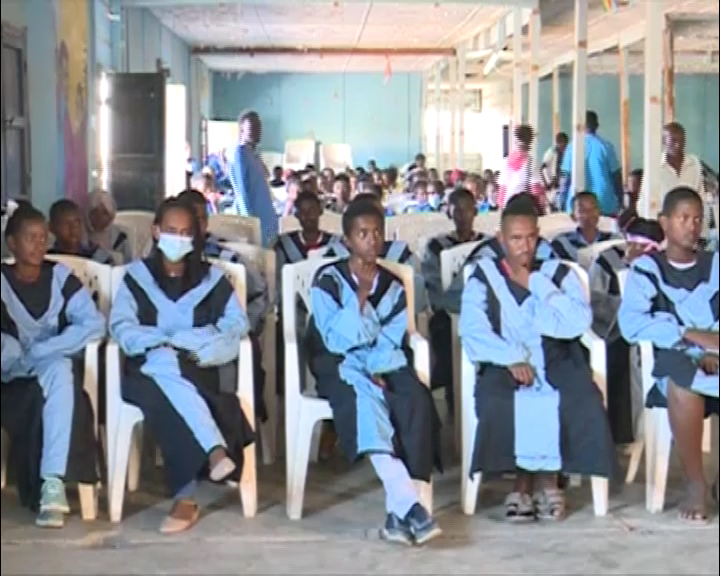 At the ceremony held on 1 April in Assab, it was reported that the awardees were provided with books and other school materials.

Indicating that the development of overall capacity of the youth is one of the major missions of the union, Mr. Osman Abdulkader, head of the NUEYS at the region, stated that the union branch has been engaged in empowering the capacity of youth students and civil servants in which the ‘Fiema’ Award is part of.

The D.G. of the Social Services Department of the region, Mr. Humed Ali Siro on his part, called on the awardees to increase effort in achieving better results in their academic performances.