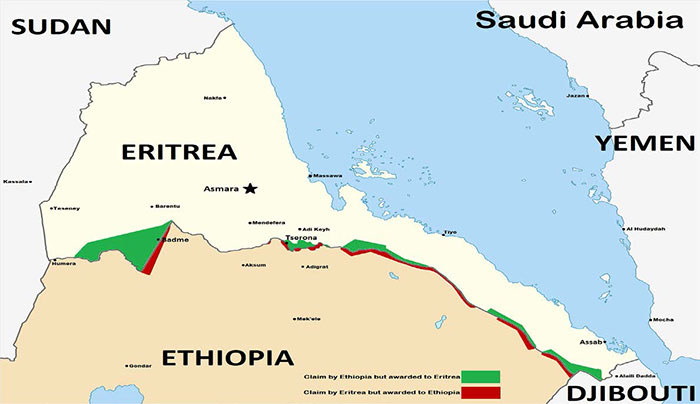 April 13, 2002, is the date on which the Eritrea-Ethiopia Boundary Commission (EEBC) – the Arbitral body composed of five judges established with the express mandate of delimiting and demarcating the Eritrea-Ethiopia boundary based on pertinent Colonial Treaties (1900, 1902 and 1908) and Applicable International Law – gave its final and binding verdict. Through this adjudication, the putative “border dispute’’ of the two countries was legally settled once and for all.

Nonetheless, the defunct TPLF regime reneged on its treaty obligations and resorted to all sorts of subterfuges to obstruct the implementation of the Arbitral Ruling. The TPLF’s endless prevarications and impediments ultimately pushed the EEBC to opt for virtual demarcation of the border in November 2007 invoking legal validity of the procedure and recent precedence in other similar cases. The EEBC accordingly provided both countries with full digital details of the virtually demarcated border while duly depositing these maps at the UN Cartographic Unit.

I was only a child when the TPLF declared war against Eritrea in 1998. But I can vividly remember, among other things, the mobilization of able-bodied citizens, including my father to the war front; the bustling of women to prepare dry food; constant news coverage on local radio; general anxiety and hopes for victory in the imposed war; the new songs that depicted the new reality and the pounding of the artillery.

I also remember Wedi Shawl’s song of “Natna Aynihbin, Zeynatna Ayndelin”, which I later found out was indeed extracted from the historic speech of President Isaias Afwerki on 24 May 1998; two weeks after the TPLF’s declaration of war on Eritrea.

Wedi Shawl came up with another fitting song with the lyrics, ‘Koyna Zbelnayas Koyna’ – which roughly translates into: “What we have said all along is done” – when the EEBC’s decision contained in a 125-page document was solemnly announced on April 13, 2002. This was a very popular song at the time. Not only did we sing the song but wrote the lyrics on classroom walls with colored chalk.

In retrospect, it’s easy to understand why we wrote and sang ‘Koyna Zbelnayas Koyna’. As young students, we only knew that the war erupted due to Ethiopian territorial claims on Badme. As young students, we assertively argued, even if we had no clue on the complexity of border issues, “Badme Natnaýa – Badme is ours”, on sheer gut feeling. The ‘Koyna Zbelnayas Koyna’ of the time, unlike our narrow interpretation which was confined to the EEBC’s Award, had a far greater meaning and implication. The nation, including artist Wedi Shawl, was celebrating the overall victory of the rule of law over the rule of jungle.

As Secondary School students, our understanding of legal concepts and clauses in the Algiers Agreement – such as sovereignty, territorial integrity, the rule of law etc, was limited and confined to what we read/listened in local newspapers/radio broadcasts. On the occasion of the 14th anniversary of the Independence Day on May 24, 2005, I participated in a general-knowledge contest representing my school. I was asked to list the Guarantors of the Algiers Peace Agreement. I got it right. But I did not win as I failed to come up with the correct answer for the subsequent question. The host asked me to spell out the full names of the five judges of the Commission. I was dazed. I could only mention Professor Sir Elihu Lauterpacht, the President, in prattler accent. I heard the remaining names of Prince Bola Adesumbo Ajibola, Professor W. Michael Reisman, Judge Stephen M. Schwebel and Sir Arthur Watts from the host.

Boundary disputes are not limited to Eritrea and Ethiopia. This is especially the case in Africa where, at the Berlin Conference of 1884-1885, colonial powers carved out boundaries without regard for inhabitants and local geography. But it is also the case in other continents.

With regard to the Eritrean border with Ethiopia, this was delimited through the three agreements signed in 1900, 1902, and 1908. The integrity of this border remained unchanged in subsequent periods and was endorsed as such by the UN in 1952. We also knew that the OAU Summit in Cairo in 1964 adopted a Resolution on the sanctity of the colonial boundaries to avert a Pandora’s Box of interminable border disputes and conflicts.

But the TPLF embarked on reckless attempt of redrawing the political maps of Ethiopia and Tigray Region to incorporate adjacent territories within Ethiopia as well as from sovereign Eritrea. The latter act was in flagrant contravention of the basic OAU Resolution and accepted African norms and practices. Concerted efforts made by Eritrea to settle the problem through good-faith negotiations failed to bear any fruit. TPLF’s obduracy was followed by its declaration of a needless and costly border war that raged for two year inculcating the loss of over one hundred thousand lives; and, the displacement and deportation of tens of thousands more. 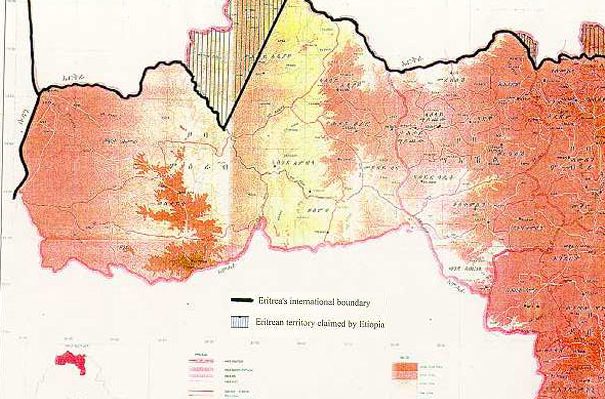 When TPLF’s military campaigns was thwarted by a costly  defeat at the Assab Front in June 2000, it was finally forced to accept the Cessation of Hostilities and later the entire Algiers Peace Agreement on December 12, 2000.

The Algiers Agreement created a court of arbitration, the EEBC. The Algiers Agreement also stipulated, in categorical terms, that “the parties agree that the delimitation and demarcation determinations of the Commission shall be final and binding”. But notwithstanding the unequivocal provisions of the Algiers Agreement, the EEBC decision was not enforced by the UN Security Council because principal sponsors – especially the US and the EU – failed to honour their obligations for their own narrow geopolitical considerations.

When the EEBC decision was announced, Seyoum Mesfin, Ethiopia’s Foreign Minister at the time falsely claimed that “Badme was awarded to Ethiopia”. He urged the international community to use punitive sanctions if necessary, to secure Eritrea’s full and immediate compliance with the provisions of the EEBC Award. The Foreign Minister and his government were soon to make a u-turn, sing a different song and reject the EEBC Award. Subsequent sessions of the EEBC were marked by Ethiopia’s dilatory tactics. Thus, in its 16th Report to the UN in 2006, the Commission was compelled to write: “Ethiopia is not prepared to allow demarcation to continue in the manner laid down in the demarcation directions and in accordance with the timeline set by the Commission.”

TPLF bad-faith acts and obstructions were tacitly endorsed by its principal sponsors. John Bolton, former US Ambassador to the UN, in his book, “Surrender is not an Option”, revealed the various ploys employed by the US Department of State to nullify the provisions of the Algiers Agreement and the EEBC final and binding decision. He wrote: “For reasons I never understood, however, Frazer reversed course, and asked in early February [2005] to reopen the 2002 EEBC decision, which she had concluded was wrong, and award a major piece of disputed territory to Ethiopia. I was at a loss how to explain that to the Security Council…”

In 2008, I was assigned to Elala, a small village found at about an hour’s walk on foot southwest of Shambuko crossing the Mereb River, to do my National Service as a teacher. Elala was a temporary village established by the displaced inhabitants of Denbe Hmbrti, Sef’a and Hazegga. They were deprived of their farm and grazing land due to the continued illegal occupation of TPLF forces. Through the help of binoculars provided by the Eritrean forces stationed there, I observed the movement of the enemy in the mountain facing Shambuko. Elala, found deep inside the Eritrean sovereign territory, was turned into “a contentious battle-ground” and Eritrean forces were standing between us and the enemy. 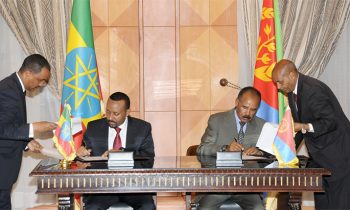 The course of events changed when Prime Minister Abiy Ahmed declared Ethiopia’s readiness to accept and implement in full the Decision of the Boundary Commission. Following his visit to Asmara, a Joint Declaration on Peace and Friendship was signed between Eritrea and Ethiopia on July 9, 2018. The Declaration brought to an end eighteen years of ‘no war no peace’ between Ethiopia and Eritrea and opened a new era of peace and friendship. Article four of the Joint Agreement stipulates that “The two countries will implement the Eritrea-Ethiopia Boundary Commission decision.”

Natna Aynhbn Zeynatna Ayndelni represents Eritrea’s principled legal position that augurs well for a peaceful resolution of good-faith border disputes. It is an immutable recipe for enhancing good-neighbourly ties for enduring regional peace and stability. Eritrea has paid a heavy price because this was not reciprocated by the TPLF and certain powers in the international community that accommodated its excesses. Whatever the case, Eritrea’s flag, raised on the unbreakable pillar of truth, continues to fly high over its sovereign territories.