Conference of YPFDJ in Europe Organization

Asmara, 18 April 2022- YPFDJ organization in Europe held its 16th conference from 14 to 18 April in Rome under the theme “Pan-African Liberation and Purposeful Leadership”.

At the conference in which over 300 youth from Eritrea, Europe, the US, Canada, Australia and Africa as well as representatives of Eritrean communities and national associations took part, Eritrean Ambassador in Italy, Mr. Fesehatsion Petros and Mr.  Michael Teferi, head of PFDJ in Diaspora, commending the role of the YPFDJ in national affairs called for strengthening organizational capacity and unity for better outcome.

In his virtual message, Mr. Yemane Gebreab, head of Political Affairs of the PFDJ, explaining the timely indicatives and objectives for conducting effective resilience programs, expressed expectation that the YPFDJ conference will conduct extensive discussion and come out with common understanding and tangible programs for the effective implementation of set-out programs. 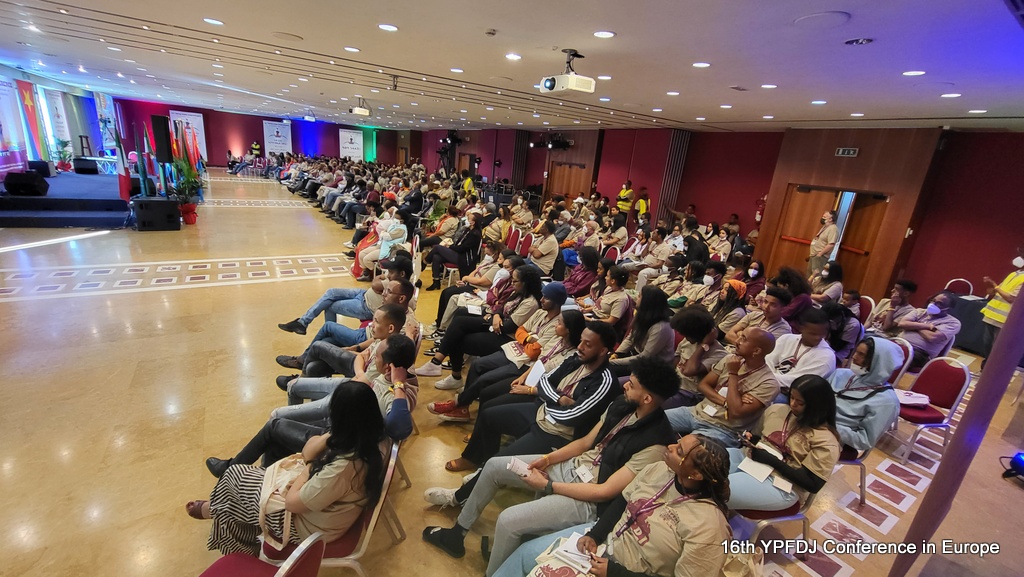 Representatives of the organization from various countries also presented activity reports in terms of achievements registered and challenges encountered.

At the conference research papers were presented focusing on Pan-African Liberation and Role of YPFDJ, Diplomatic Activities in the African Union and Role of YPFDJ, Understanding the Horn of Africa and Ensuring Peace, Combating Hegemonism and Defamation, Role of Generations in Nation Building as well as Heritage of the Ancient Adulis and Eritrea.

The occasion was highlighted by cultural programs depicting the historic resilience of the Eritrean people.