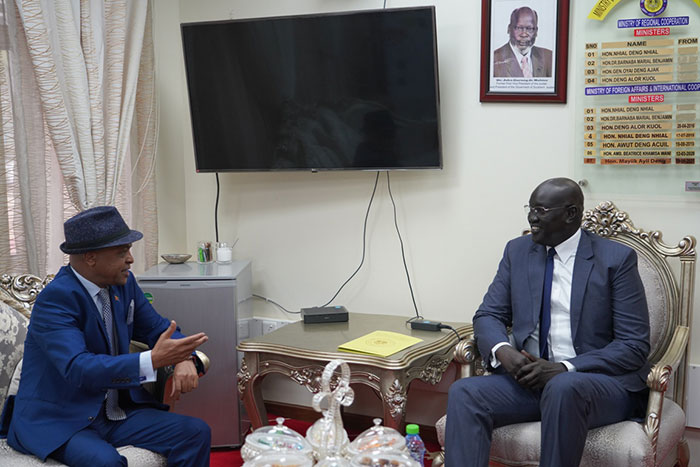 At a meeting held on 20 April, Ambassador Yohannes Teklemicael and Mr. Mayiik Ayii Deng, Minister of Foreign Affairs of South Sudan, talked on strengthening bilateral ties as well as regional development and integration.

Underlining on the significance of regional integration in the peaceful development and prosperity of our region Ambassador Yohannes called on the countries in the region to play due role to that end. 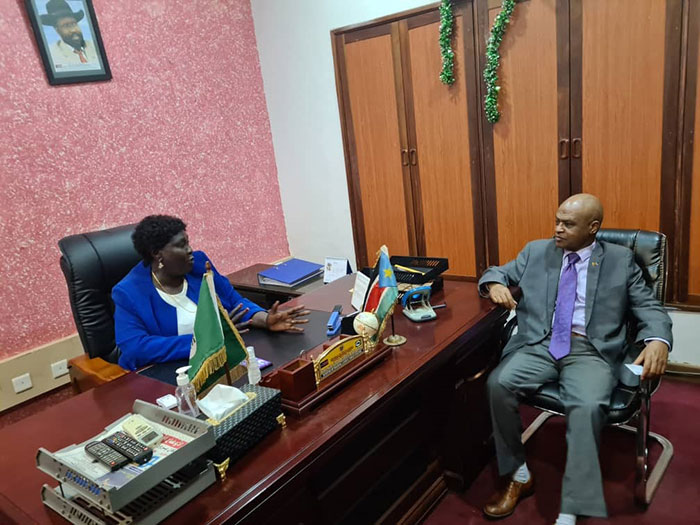 In related news, Ambassador Yohannes met with Ms. Flora Gebriel Lora, Minister of Housing, Land, and Public Utilities of South Sudan on 21 April and discussed on issues of mutual interest as well as on the activities of the Eritrean community in South Sudan.

Commending the role of the Eritrean community in the reconstruction and economic development of South Sudan, Ms. Flora expressed conviction to meet the demands of the Eritrean in the country.