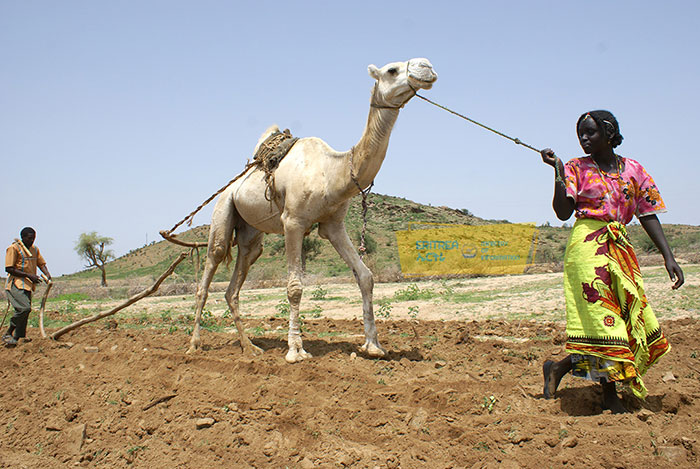 Each clan has its own symbol of identification. The Shuwa are identified by a hoopoe, the Gurma by the trunk of an elephant, the Serma by the horn of a bull, and the Karwa by the moon. Every member of a clan hangs the symbol of their clan on the wall of the entrance to their hut.

Just like the other Eritrean ethnic groups, the Kunama have their own distinct culture and customs. Traditional Kunama community was matrilineal, a distinct attribute in comparison to the other Eritrean ethnic groups. Women had traditionally more authority than men, giving them an upper hand in decision-making within the family and within the community. 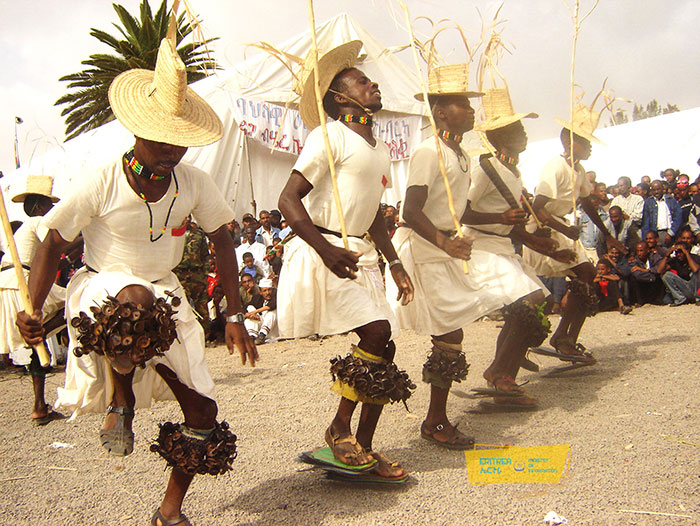 In the Kunama ethnic group as is the case in other ethnic groups, marriage is sacred.   Furthermore, it is done with the will and consent of both partners. Families never force their daughters to marry someone they don’t want.

In arranged marriages, rare these days as forced marriage is banned in Eritrea’s modern laws, the mother took the lead in asking for the hands of a girl to be married to her son. Accompanied by her sisters, the mother goes to the would-be-bride’s parents house to ask for their daughter’s hand. After agreeing to forward the proposal to their daughter, the parents determine the next meeting date and bid the visitors farewell. When the would-be-bride accepts the proposal, her family and that of the would-be-groom’s start making preparations for the engagement and marriage ceremonies.

Unlike other ethnic groups in Eritrea, in the Kunama ethnic group the newly-wed spend their honeymoon at the bride’s parents’ house. This is done in order for the bride to be given very good care by her family. Three days after the wedding, the newly-wed are given gifts known as Anjiba Teda. The father and uncles of the bride offer cattle to the newlywed.

Ana Ella involved many physical activities such as walking long distances, swimming in rivers and being flogged by a whip made of animal skin to test the physical and mental endurance of those being initiated. Ana Ella is said to have been completed after those being initiated go through the physical and mental pain for four to five days. Those who have successfully gone through the initiation rites are treated as fully grown men who can marry, rear cattle, and participate in the affairs of their community by giving opinions and by standing witness in front of the village assembly. 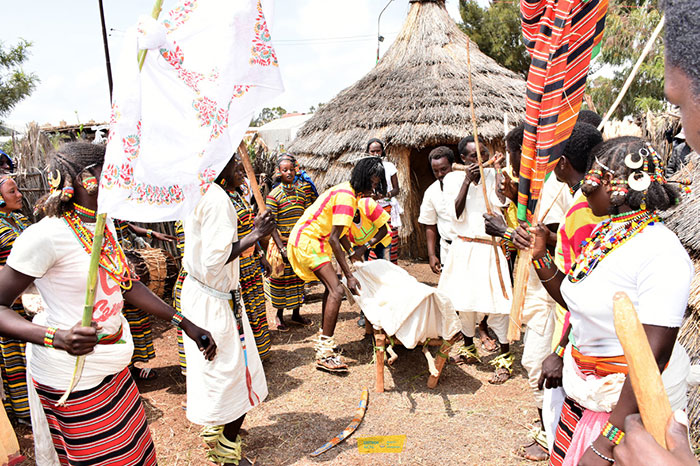 The Kunama ethnic group has a peculiar way of bidding the dead farewell. They wash the dead bodies and adorn them with gems. If an old woman or man dies, their body is escorted by a group of people singing. If a woman’s or man’s spouse dies, the widow or the widower mourns the deceased at home but does not attend the funeral.

The Kunama ethnic group are known for their dances. One of the most loved and respected dances is Kundra which is performed once a year in a thanks-giving sort of a ceremony. Kundra is performed in September in some places and at the end of December in some others. The songs played and the musical instruments used during the thanks-giving ceremony are used only on that occasion. The musical instruments used are giba and gila, which are made of a horn and hamham, hollowed and dried skin of a gourd, and no drums are allowed. 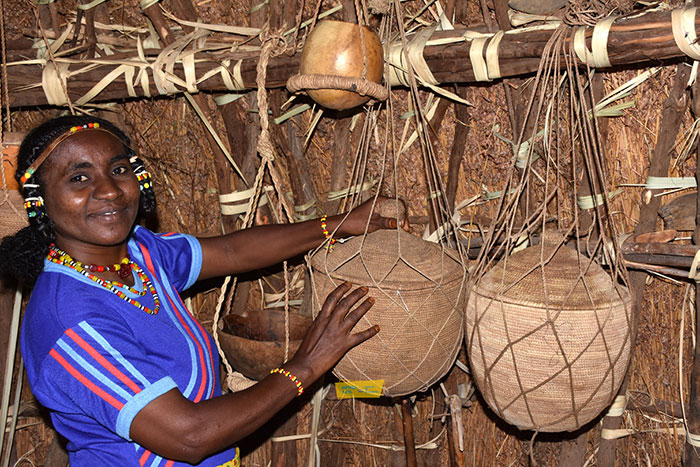