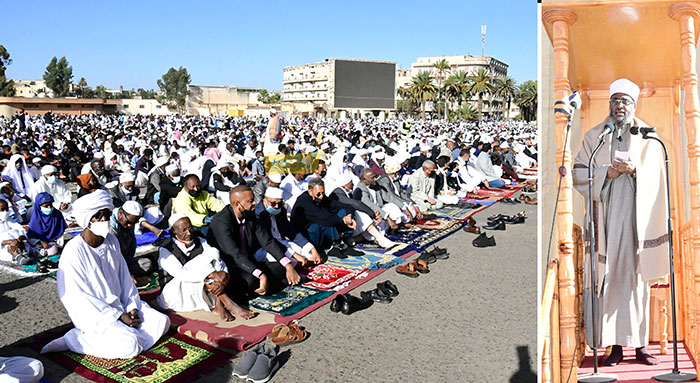 Salat prayer in which senior Government and PFDJ officials, religious leaders, and members of the Diplomatic Corps as well as a number of the faithful took part was conducted at Bahti Meskerem Square in the capital.

On the occasion, Sheik Salem Ibrahim Almukhtar, Mufti of Eritrea and Chairman of Higher Assembly of Eritrean Iftae and Islamic Affairs gave a briefing on the background of the Holiday and wished a happy Eid to the people of Eritrea inside the country and abroad in general and the followers of Islamic faith in particular as well as the Eritrean Defense Forces.

Eid Al Fetir Al Mubarak was colorfully celebrated in other cities, semi-urban centers, and villages across the country.