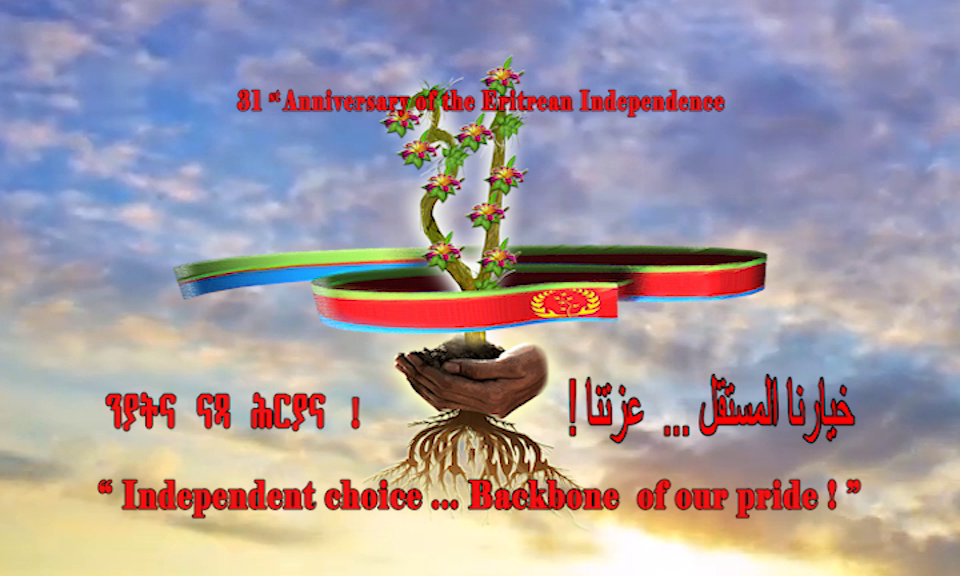 Mendefera, 17 May 2022- The 31st anniversary of the Independence Day celebration commenced in the Southern Region under the theme “Independent Choice – Backbone of Our Pride” with the lighting Independence Torch at Dekemhare Front where the last offensive for total independence of Eritrea was conducted.

The Independence Torch that will tour five sub-zones in the region started its journey on 16 May from Afelba at a ceremony in which the residents of Afelba and members of the Eritrean Defense Forces took part.

Upon reaching Dekemhare city, the torch was warmly welcomed by the residents of the city as well as the administrator of the Dekemhare sub-zone, Mr. Yemane Aberra.

Speaking at the event, Mr. Yemane said that the Independence Torch is the symbol of perseverance and resilience as well as the heavy sacrifice paid by the Eritrean people and commended those that contributed to organizing the event.