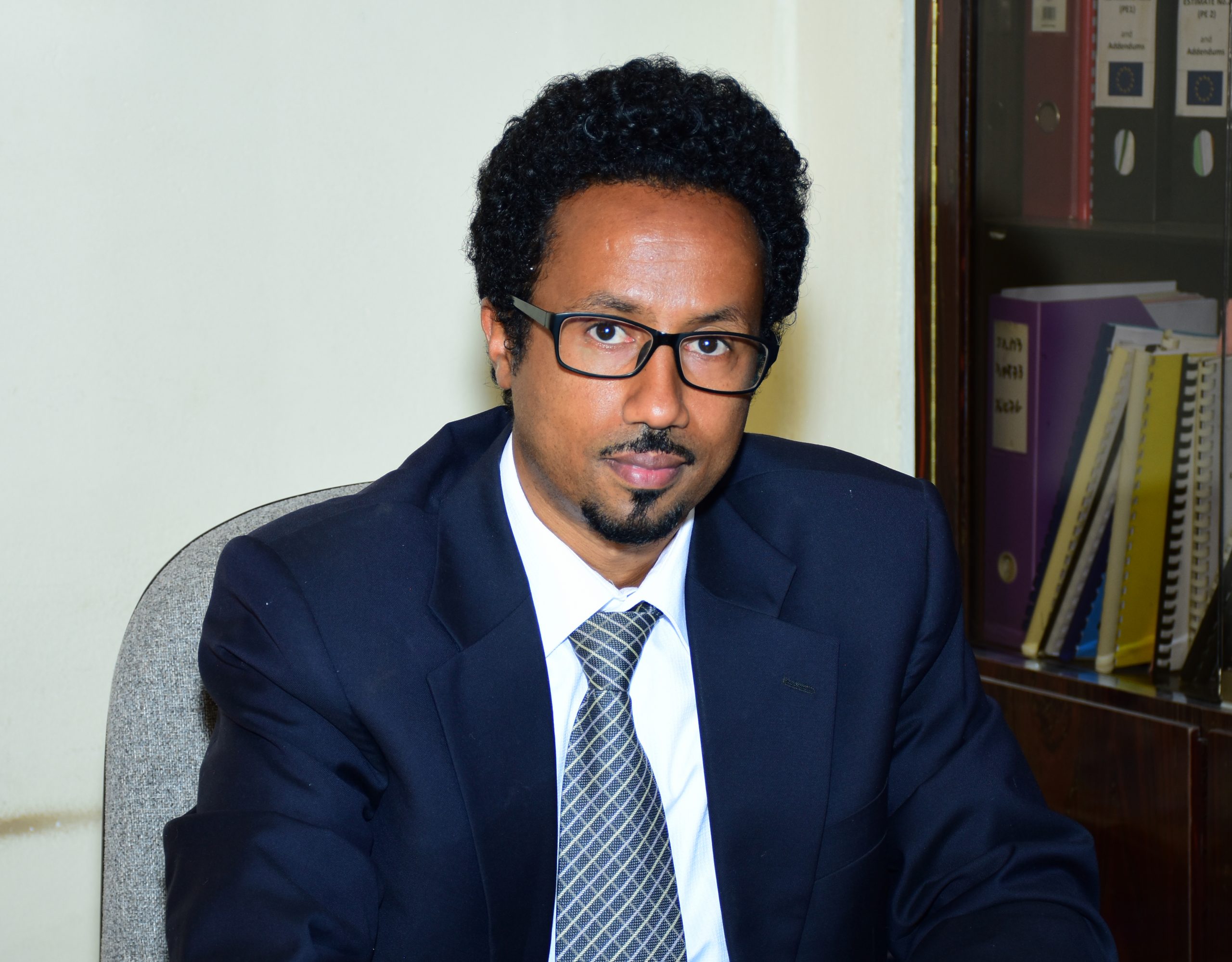 Eritrea is marking its 31st independence anniversary. In connection with this event, an interview has been conducted with Mr. Bereket Tsehaye, Director of Planning and Statistics Division at the Ministry of Agriculture (MoA) on major achievements of the Agricultural sector throughout those years.

Q: Let’s start with the statistics of potential land for Agriculture and currently cultivated area.

A: Generally, it is estimated that Eritrea possesses around 2.1 million hectares of potential land for rain-fed agriculture and around 600,000 hectares for irrigation. According to 2021 Ministry reports, around 500,000 hectares of land are cultivated, out of which 93% is under modified rain-fed farming (cultivated with on-farm soil and water conservation measures), and the rest 7% is irrigated. The cultivable land is kept as such because the focus is more on intensification rather than expansion.

Q: What is the sector’s development strategy to fully address the country’s potential?

A: The Agricultural development strategy mainly focuses on the following areas: conservation and development of natural resources; expanding irrigated and supplementary irrigated agriculture; constructing dams and ponds of different sizes; increasing agricultural productivity through crop/ livestock intensification and integration, introducing appropriate production technologies and inputs such as improved seeds, fertilizers (bio-fertilizer ), pesticides (biopesticides), mechanization, etc. Moreover, the Ministry has got a clear strategy to promote agro-processing and efficient post-harvest management, and establish an effective Research and Extension systems, among others. 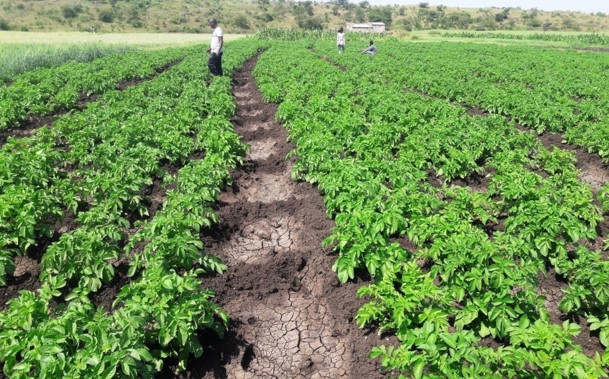 Q: Having these strategies at hand, what are the opportunities and challenges of the agricultural sector?

A: The sector has got a lot of opportunities like a committed and hardworking farming community, availability of diversified agro-ecological zones which enable farmers to grow diversified crops, existing of enormous plant and animal genetic resources, and the existence of agricultural colleges and Technical/Vocational training centers, high acceptance of research outputs by farmers as well as the availability of regional and international development partners. And when it comes to the challenges, the country’s low and erratic rainfall, and land degradation are the major ones. Low usage of required agricultural inputs, inadequate technical skills, and not fully developed institutional capacity are also among the major constraints of the agricultural sector.

Q: What were the major achievements of the sector in the past years of independence? Let’s start with agricultural resources management.

A: As I mentioned it earlier, Eritrea receives low and erratic annual rainfall. This situation is also aggravated by land degradation caused by the country’s rugged terrains and tree cutting for different purposes. For this reason, the Government and the people of the State of Eritrea have been involved in different on-farm and off-farm soil and water conservation activities, afforestation programs as well as the construction of different sized water-holding structures. One of the major achievements over the past 31 years is the substantial increase in the number of different-sized dams and ponds. At independence, there were only 138 ponds and dams throughout the country. Currently, the figure has reached 785. Thanks to this progress, the total area of irrigated land for vegetables and fruits has increased dramatically. Ministry reports indicate that a total of 257,000 hectares of land has been treated with different kinds of structures and around 4.5 million cubic meters of check-dams constructed by different popular campaigns since 1991.

To minimize tree cutting and health hazards, an improved traditional stove was designed by the Ministry of Energy and Mines, and has been disseminated by the Ministry of Agriculture. Since 1998, around 170,000 of these stoves have been installed all over the country, mainly in rural areas. 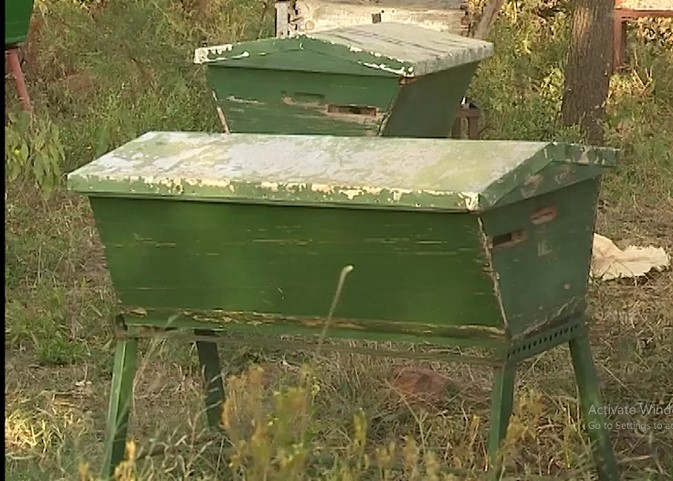 Q: What are the major achievements in cereal production?

A: During the first years of independence, cereal production and productivity were at their lowest stage due to a number of reasons. The unavailability of improved seeds accounted as one of the major hindrances in this sub-sector.  For this reason, the National Agricultural Research Institute (NARI), since its establishment in 1994, has conducted many trials seeking to develop and distribute crop varieties which are resistant to drought, resilient against disease, and high-yielding. As of yet, the institute has conducted trials and released 45 crop varieties (16 varieties of wheat, 10 varieties of sorghum, 7 varieties of barley, 6 varieties of pear millet, 3 varieties of maize, 2 varieties of legume, and 1 variety of oilseed). For most crops, these improved seed varieties along with other agronomic practices and inputs have increased productivity by at least twofold.

A: According to the five years strategic plan of the Ministry, the goal is to cultivate cereal crops in the following ratio: cereals (50%), pulses (25%) and oil crops (25%). Currently, the proportion of these crops has reached 87%, 9%, and 4% respectively, and the Ministry is making considerable efforts to speed up reaching the goal as soon as possible. For instance, there is a plan to upscale rapeseed (an important oil crop) cultivation up to 1000 hectares just in the coming season. 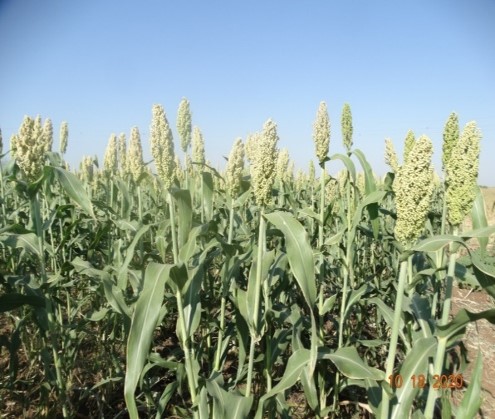 A: Thanks to the considerable efforts made in the construction of dams and ponds; provision of agricultural inputs which include improved varieties and effective extension services; the number of farmers who were engaged in the production of fruits and vegetables on a semi-commercial basis increased from around 1500 to more than 11,500. As a result, since 1991, the total horticultural area has increased by 4 times. When it comes to production, the total production of fruits increased by 71 times, and that of vegetables by almost 6 times.

In this sub-sector, one of the notable achievements has been the tangible improvement in potato production. More than 70 varieties of potato were imported for adaptability trials. Out of these, the most successful varieties were distributed to farmers. Currently, Eritrea has secured adequate potato seed all year round and started growing potatoes even in the lowlands. Taking its high nutritive value into consideration, the production of sweet potatoes is also among the priorities of the Ministry. The country is also trying to exploit the potential of date palm cultivation. So far, around 21,000 date palm trees have been planted mainly in the Northern and Southern Red-sea regions. The Ministry’s plan is to reach 200,000 date palm plants by 2026.

Q: Livestock production is also considered one of the potential areas of the country. Could you tell us about the progress in this sub-sector?

A: When we talk about promoting livestock production, there are three main issues that need to be addressed: health, feed, and breeding.

If we start with the animal health aspect, at independence, one of the pressing challenges for farmers was livestock mortality. Starting from Rinderpest eradication in 1997 (though officially certified in 2005); the Government of Eritrea expanded its programs to offer a regular and annual free and compulsory vaccination program for major animal and zoonotic diseases. Since 2013, an average of 2.5 million livestock get vaccinated annually, and as a result livestock disease and mortality are currently very low.

With regards to breeding, the Ministry has taken a number of initiatives to improve livestock breeds; mainly the dairy cattle. Currently, artificial insemination (AI) in dairy cattle and horses is registering satisfactory progress. Moreover, commendable efforts are undertaken to improve swine and poultry breeds. The Ministry is also promoting bull selection in every village to improve cattle breeds throughout the country.

The other issue is animal feed. Even though considerable efforts have been exerted to promote livestock feed and nutrition, these issues remain among the bottlenecks in this sub-sector. However, the Ministry is promoting green feed through various programs such as forage development and seasonal grass collection, as well as securing contingency animal feed during droughts, and hope to get this problem behind us in the next cycle of our 5-year strategic plan. 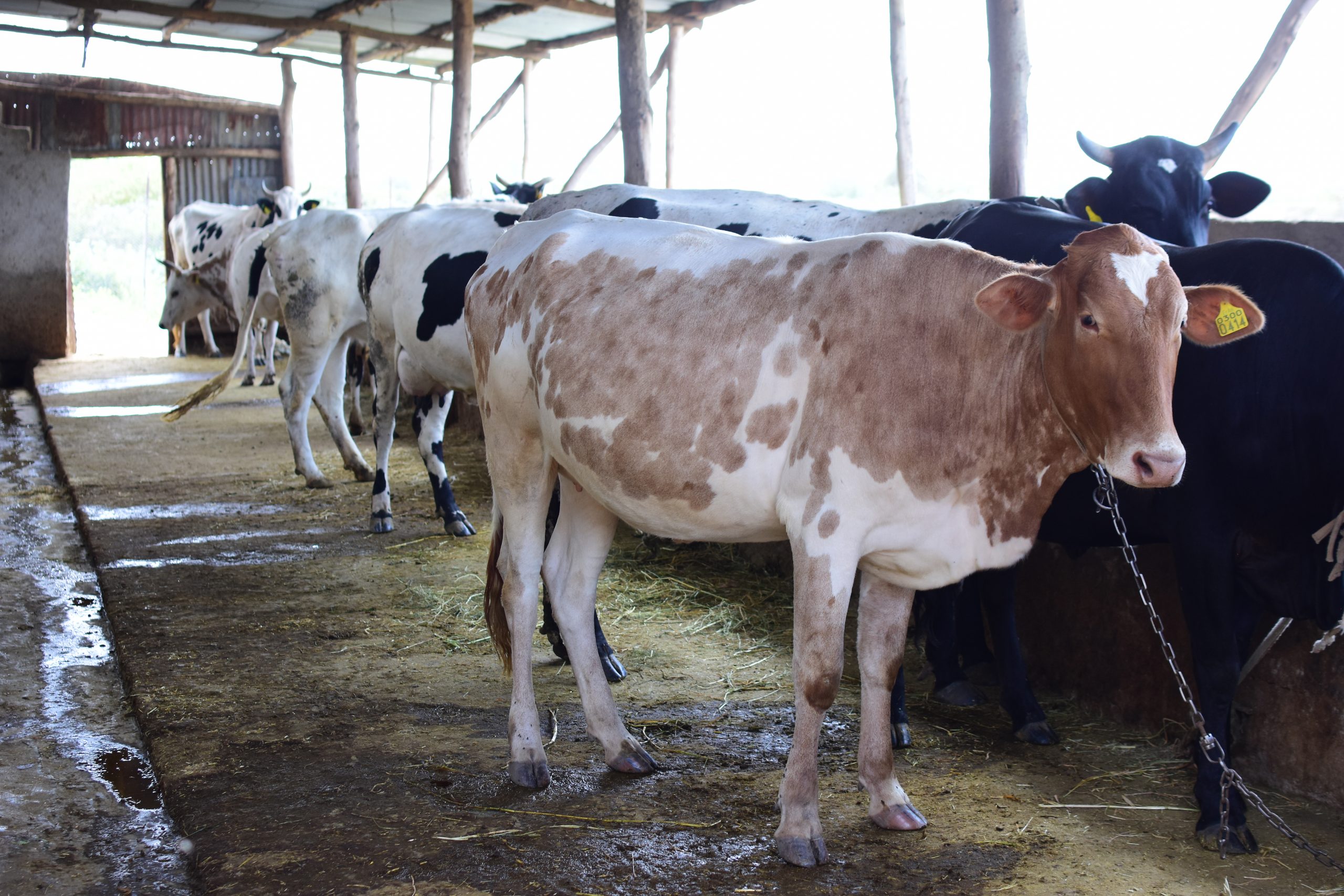 Q: How is the poultry sub-sector contributing to improving rural livelihoods and nutrition?

A: Reports indicate that poultry production, prior to independence, was mainly restricted to local chicken rearing by rural households. Over the past 30 years, the MoA in collaboration with some semi-commercial farmers distributed over 6 million chicks. Most of the chicks were locally reproduced in the newly constructed hatcheries and some of them were imported. Since the distribution of chicks has become part of the Ministry’s Minimum Integrated Household Agricultural Package (MIHAP) – a strategy for small-holder farmers, it is contributing a lot to improving the livelihoods of many rural people, mainly the female headed-households. Many of Eritrea’s communities which were never involved in poultry production before independence, are now acquainted with this business and are supplying chicken and eggs to the market even in urban areas. In 2020-2021 the Ministry distributed one million chicks to 40,000 households at a rate of 25 chicks per household. There is a plan to increase this number to 1.5 million to 60,000 households.

Q: Is there any significant development in the beekeeping sub-sector?

The number of bee farmers, bee colonies, and honey production has increased significantly over the years. However, the only way we can fully exploit the potential of this sub-sector is by empowering every rural family to have one or two hives and especially the top-bar hive which can be made with local materials but that can still produce, at least, twice that of the local hive.

Q: What are the future prospects of the agricultural sector with regards to food and nutrition security?

A: Until 2013, Eritrea, like other countries, was striving toward food security – a phenomenon that mainly focuses on promoting cereal or grain production. Starting in 2013, the world started to talk about ‘food and nutrition security. In the same year, the Ministry of Agriculture developed an integrated and nutrition-sensitive development strategy known as the Minimum Integrated Household Agricultural Package or MIHAP. The package incorporates, among other components; a dairy cow or sheep or goats; frame and top-bar hives; crop, fruit, and vegetable production, and improved traditional stoves. As part of the nutrition-sensitive agriculture, the Ministry has also conducted various awareness-raising programs on value addition as well as improving the production and feeding habits of farming communities.

Moreover, the Government of Eritrea has initiated a number of relatively big agricultural development projects that include the construction of strategic dams, intensive horticultural production, dairy production, agro-processing, cold stores, and so on. 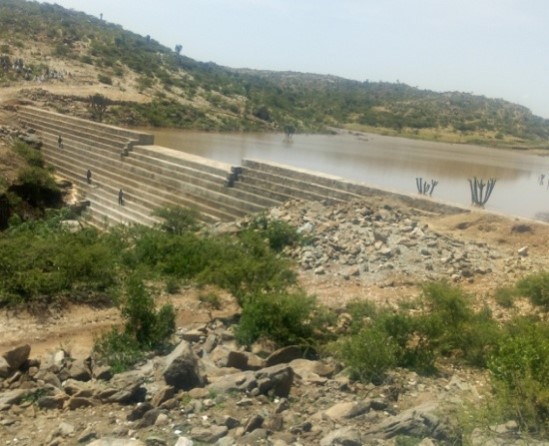 Q: How do you evaluate the role of development partners in improving the sector during the past 31 years?

A: As I mentioned earlier the availability of many regional and international development partners is one of the opportunities for the sector. Therefore, their constructive engagement with the government and their role in the aforementioned achievements are highly appreciated.

Q: If you have the final words to say?

A: It is to be noted that the Ministry of Agriculture has outlined 17 important priority areas (most of which are addressed in this interview), and has printed and made them available to all experts up to the village level. Hence, in the name of my Ministry, I urge all experts to instill these priority areas in the minds of the farming community so that the country can achieve its immediate goal of achieving safe and nutritious food security.