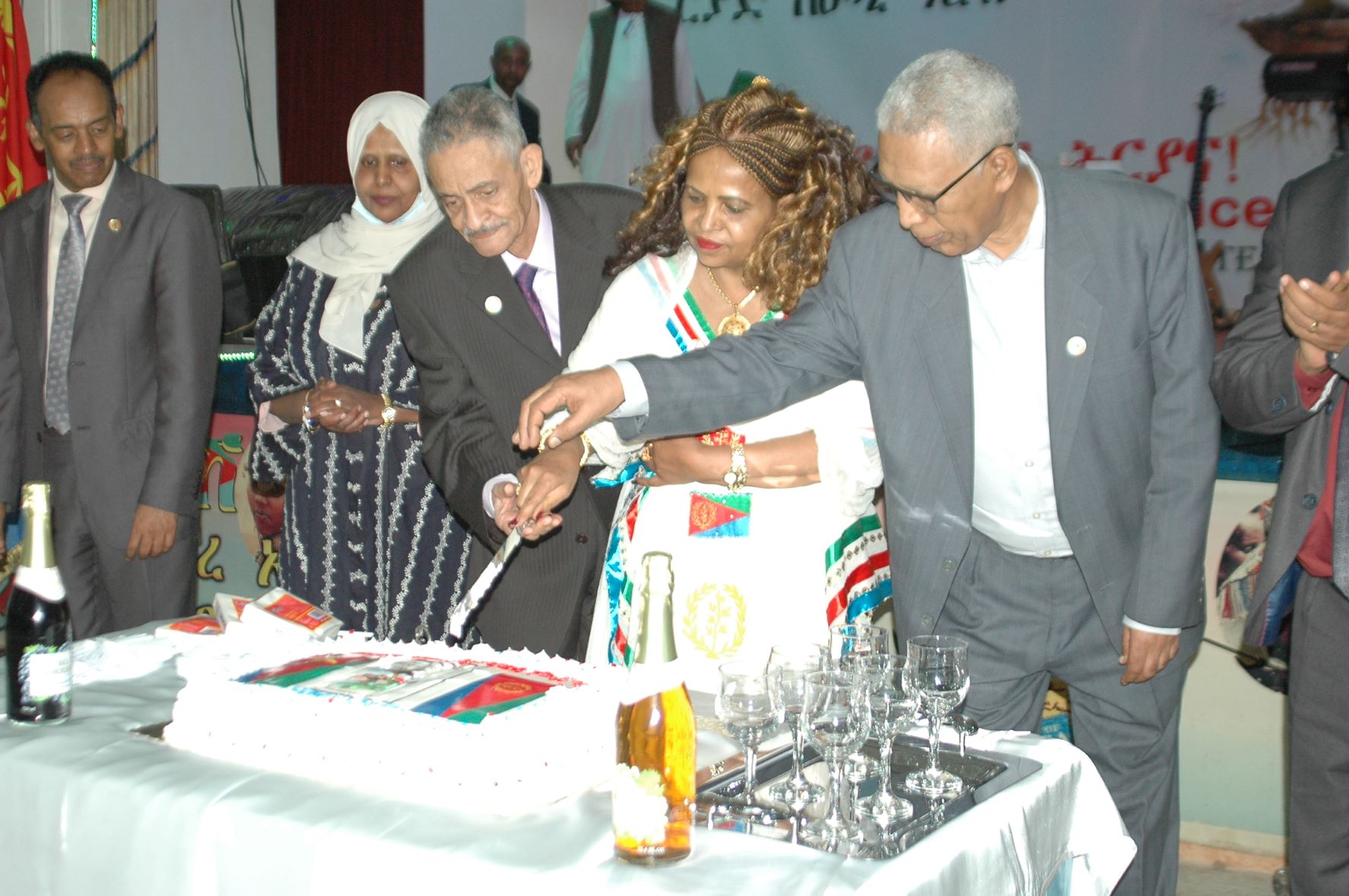 Asmara, 29 May 2022- Eritrean nationals in Saudi Arabia, Qatar, Germany, the US  and Sweden celebrated the 31st anniversary of Independence Day with patriotic zeal under the theme “Independent Choice-Backbone of Our Pride”.

At a ceremony in Riyadh, Saudi Arabia, in which a number of nations attended physically and others virtually, the chairman of the Eritrean community, Mr. Abdurahman Imam called on nationals as in past to strengthen participation in the national affairs.

Indicating that the shining victory of the Eritrean people in all sectors was based on the independent political choice, Ms. Weini Gerezgihier, Charge d’Affairs at the Eritrean Embassy in Saudi Arabia, called on nationals in cooperation with nationals residing in other countries to strengthen their overall resilience.

Ms. Weini also congratulated the Eritrean people inside the country and abroad as well as the Eritrean Defense Forces.

The event was highlighted by cultural and artistic performances, debating among the youth as well as sports competitions.

The celebratory event that was organized on 26 May was attended by a number of nationals and members of Diplomatic Corps of various countries.

Speaking at the event, Mr. Ali Ibrahim, Eritrean Ambassador to Qatar, called on nationals to strengthen organizational capacity and contribution in the national affairs.

Mr. Ali also commended those that contributed for the successful Independence Day event.

At the event award was handed over to winners of football competition that was organized in connection with the Independence Day anniversary.

Similarly, the 31st anniversary of Independence Day was colorfully conducted by nationals residing in Cologne, Germany, in which a number of nationals took part.