The Legacy of Women’s Participation in the Eritrean Liberation Movement 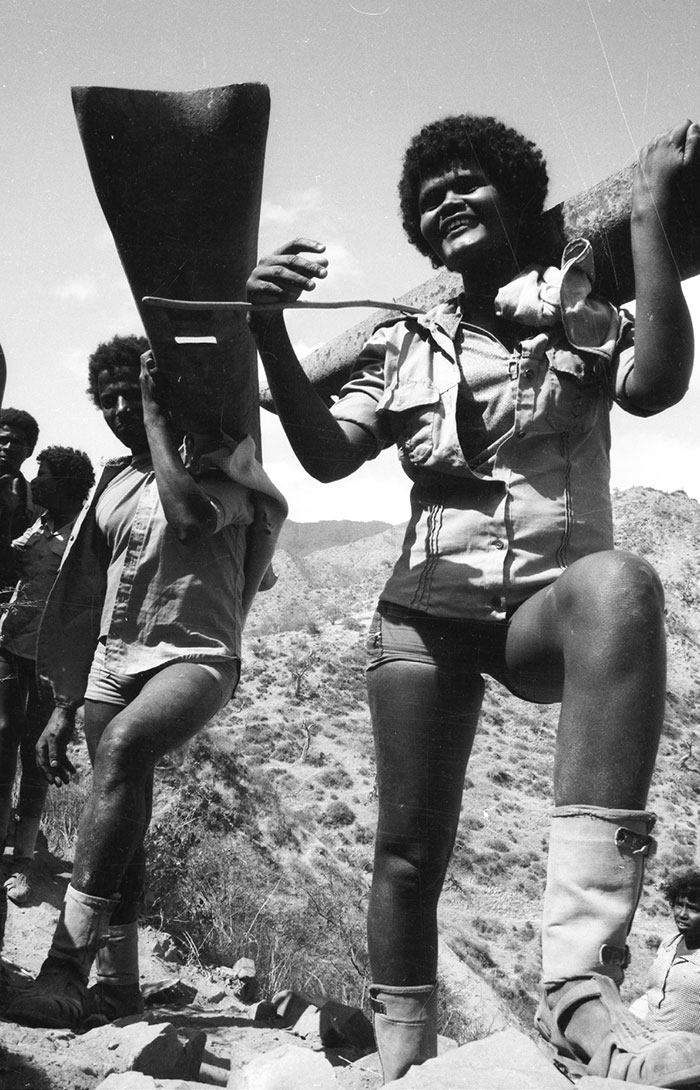 In their struggle for gender equality, women have adopted different forms of resistance against oppression and domination owing to the differences in the political, social, and economic systems that govern nations. Generally, whereas women in the North mainly resist patriarchy, women in the South, industrially developing nations, have been resisting not only patriarchy but also colonialism.

Conscious of the need for sacrifices to be made in the national liberation struggle, Eritrean mothers saw their children off as they left home to join the armed struggle. Eritrean mothers also engaged in different activities organized by clandestine operatives run by the liberation movements. There were women who joined the struggle along with all members of their families. Some were wounded and some others died, sometimes with their children and partners. There is no more ultimate sacrifice for a mother to make other than taking her own children along to join the armed struggle to fight against colonization and oppression.

In most liberation movements, women have been encouraged to join the struggle against the patriarchal ideology that influences the values, norms, and traditions of society. This, however, depends on the goal and principle of the leadership and the readiness of women to participate in it.

In the arduous, three-decade-long struggle of a self-reliant movement, the EPLF had a well-thought-out strategy not only to liberate Eritrea from the yoke of colonialism but also to transform the society. One element of the social transformation was women’s emancipation through a strategy that focused on mass education of the peasants across the country to encourage them to join the liberation movement. 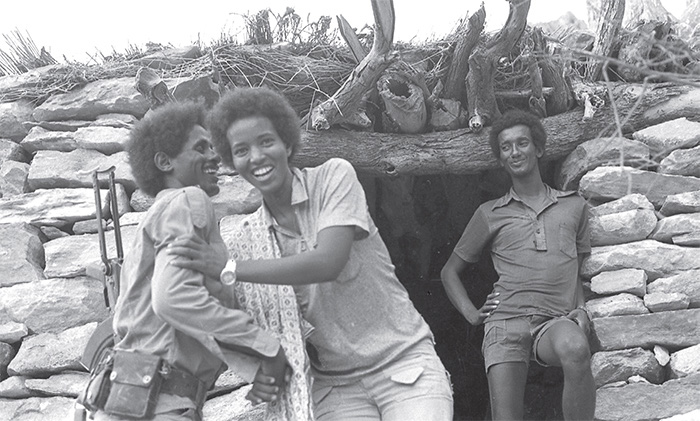 As outlined in its National Democratic Program of 1977 and 1987, the EPLF’s wide-ranging objectives in relation to women’s rights are: to develop a union through which women can participate in the struggle for national and social transformation; to outline a broad program to free women from domestic confinement and raise their political, cultural and productive levels; to give women full rights of equality with men in politics, the economy and social life as well as equal pay for similar work; and to promulgate marriage and family laws that safeguard the rights of women. Such a strategy that is based on grassroots organizations created a conducive atmosphere for all Eritreans from various backgrounds – ethnic, religious, social, and economic — to actively participate in the liberation movement.

In the national liberation movement, the socially constructed ideology that created the division of labor has been strongly challenged, giving women opportunities to do jobs that had traditionally been considered men’s domains. In the liberation movement, women worked as mechanics, drivers, carpenters, barefoot doctors, nurses, teachers, etc. The progressive leadership of the EPLF encouraged many Eritrean women from different backgrounds to join the struggle and fight for both national and women’s liberation. According to the EPLF, women would gain equality through their involvement in political affairs and engagement in all kinds of tasks that had been performed by men. The EPLF’s policy in this regard can be summed up in the slogan “equality through equal participation.”

In the history of armed struggles, Eritrean women have made a remarkable and unique history, adding their exceptional contributions to the uniqueness of the Eritrean liberation movement itself. In comparison to other liberation movements where women’s role was auxiliary, Eritrean women’s experiences were extraordinary in that Eritrean women fighters affirmed the praxis of the principle of “equal participation for equal rights” almost across all aspects of the movement.

The exemplary role of freedom fighters set into motion notable progressive changes in the Eritrean women’s mindset and ways of life. Women’s emancipation began in earnest with rising social and political consciousness. The EPLF’s first action was to organize women at the grass-root level by forming consciousness-raising educators. That way, many women became active supporters of the movement and started to confront male domination. Women started to challenge the traditional patriarchal ideology.

Although the introduction of the principle of equal participation for equal rights in a very religious, multi-ethnic, and conservative society was challenging, the first generation of women who joined the liberation struggle took the lead in making it practical and became role models for other women who subsequently joined the movement. Their contribution was significant in mobilizing women in villages and towns, and the equal participation of women fighters profoundly changed the perception of gender roles.

Though the participation of women was encouraged by male leaders, it was seen as a controversial issue by some members of the struggle, especially early on in the struggle when there were very few female members of the movement. For instance, some male freedom fighters were concerned about women’s physical capacity and their wearing of short pants.

However, Eritrean female fighters insisted on going through equal training in fields that were traditionally reserved for men, demonstrating their capacity at all levels including combats. With such a strong stand by the female fighters, patriarchal views started to diminish. It was a turning point for both men and women who had to unlearn the patriarchal rules that perceive the male as superior to the female both physically and psychologically. The active participation of female fighters in the political, social, and cultural spheres as well as the mass education and discussions enlightened members of the liberation movement to question any form of discrimination based on gender.

The EPLF strongly believed that change should evolve from within instead of being imposed, and its leaders at all levels participated in the social activities of communities. It elevated its members’ and the society’s level of understanding of the value of women’s liberation through systemic integration of progressive values and by engaging in the daily activities of communities in the villages and towns.