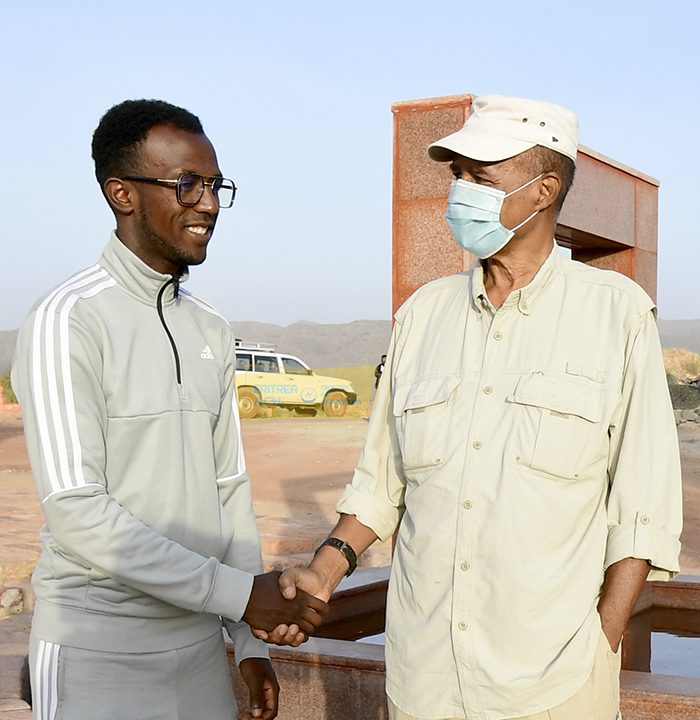 On the occasion in which Ambassador Zemede Tekle, Commissioner of Culture and Sports as well as heads of the National Cycling Federation took part, President Isaias said that the victory Biniam registered at Giro d’Italia beyond shining the image of Eritrea has significant contribution to inspiring the youth sportspeople in the country. 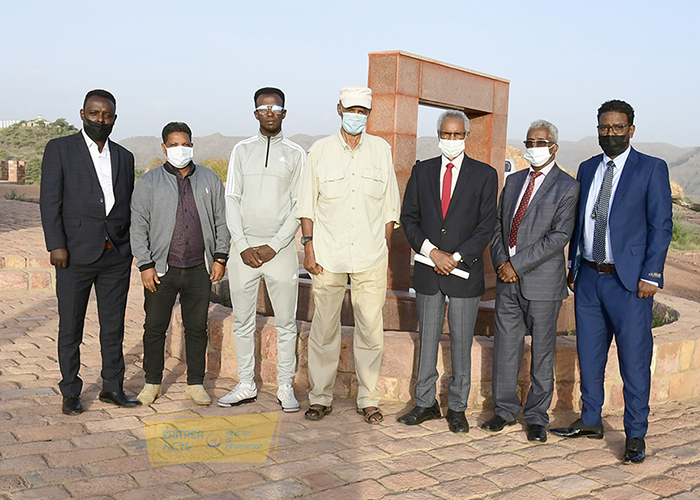 Indicating that the climate and landscape of Eritrea as well as the encouraging followers have a comparative advantage, President Isaias said that Biniam has all the potential of registering more victories in similar international competitions.

President Isaias also called for putting in place sports facilities in all regions and working for more victories.

Biniam Ghirmay on his part said that the encouragement by President Isaias before and after competitions has significant input in the victories being registered as well as in shouldering responsibility.