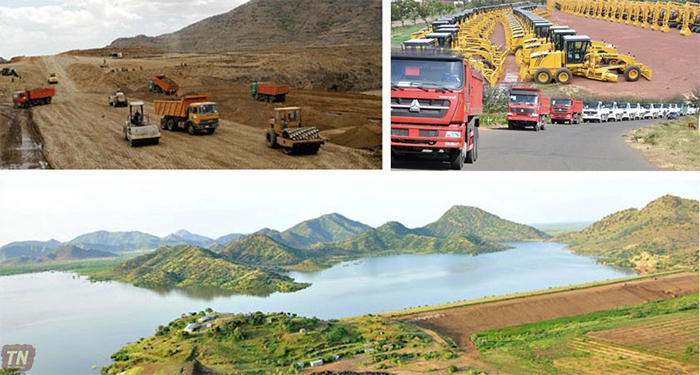 In recent weeks, Eritrea Profile has published a number of interesting articles exploring development in the country. These included, among others, “Clean and Green Environment – an Impetus to Development” and “‘Leaving No One Behind’ is More than a Slogan”, both authored by Simon Woldemichael, and “Eritrea: Achievements in Sustainable Development Goals”, by Ruth Abraham. Briefly, I found these articles to be very well written, quite enlightening and filled with important details, helping to shine a light on different aspects of the country’s development-related endeavors. The articles were highly informative and perhaps the highest praise that I can offer is to recommend that everyone takes a few moments to read them in full when they have the opportunity. They are well worth your time. In the following few paragraphs, I delve a bit deeper into some of the topics raised in the recent articles, sharing some general thoughts and hoping to extend the conversation.

To begin, while Eritrean development is often discussed within the context of the Sustainable Development Goals (SDGs), it is worth noting that sustainable development, in all of its forms, diverse elements, and fundamental principles, has actually been a longstanding and integral part of the country’s long-term vision and policy architecture. In fact, even prior to the international community’s collective formulation and adoption of the global SDGs (and the Millennium Development Goals [MDGs] that came immediately before them), Eritrea had fully embraced and was wholly committed to very many of the same development priorities and objectives championed by the global community.

For instance, consider Eritrea’s long-armed liberation struggle. While it was certainly fought with the aim of bringing about national independence and emancipation, it was also waged in order to deliver social justice, gender equality, shared prosperity and poverty elimination, and human rights. Of course, these all are regarded as basic elements of sustainable development and comprise many SDGs.

Noteworthy, too, is that various national documents, statements, and declarations, drafted both before and after the country’s independence in 1991, have articulated Eritrea’s aspirations to become a prosperous, developed nation where the full potential of its population, is realized in a healthy, clean, and safe environment with peace, strong national unity, and cohesion, sustained economic growth, and social justice. Perhaps the most pertinent of all these is the National Charter, adopted in February 1994 in the historic city of Nakfa. The National Charter, which provides the guiding vision for the country, outlines a number of objectives and aspirations, the vast majority of which closely align and run parallel to many of the SDGs and MDGs.

One particularly important aspect of development in Eritrea that the recent series of articles touch upon is the concept of self-reliance and the country’s general approach to foreign assistance. As I and a few others have written or commented on numerous occasions over the years, Eritrea’s approach to foreign assistance and development, perhaps somewhat unique or less common, is oft-maligned and misjudged, with the country frequently (and incorrectly) being labeled as “isolationist”. Undoubtedly, some of the main driving factors, in addition to attempts to denigrate and ostracize the country, have been ignorance and a total lack of understanding by some observers. In its interactions with other governments, international development organizations, global financial institutions, and other potential donors, the Eritrean government has historically insisted on establishing genuine partnerships and cooperation, while retaining firm control of its development agenda and local implementation. However, this has put it at somewhat stark odds with some potential donors and partners, many of who have long been accustomed to monopolizing control over resources, imposing suffocating conditionalities, and possessing inordinate influence over strategy in developing countries.

As well, Eritrea tends to turn down foreign aid when it does not fit the country’s needs or when and if it is laced with conditionalities that breach its independent policy choices. Thus, it does not reject external support – it actively welcomes it, but only when it fills a locally-identified gap and complements the country’s own internal efforts. In fact, the Eritrean government has encouraged assistance that addresses specific needs which cannot be met internally, which is designed to minimize continued external support, and which complements and strengthens, instead of replacing, Eritrea’s own institutional capacity to implement projects.

Rather than isolationism, this approach is actually rooted in a great desire to avoid crippling dependence (as has sadly been the historical case in so many countries where aid has seemed to harm instead of help development efforts), as well as ensure local agency and foster a strong, clear sense of responsibility for and genuine ownership of the country’s future among all citizens.

Finally, the recent articles (particularly “‘Leaving No One Behind’ is More than a Slogan”) also highlight other foundational themes or pillars within Eritrean development, and society more broadly, such as solidarity (as well as generosity, mutual support, and community). Solidarity is the principle of working together, recognizing that we are bound to each other and that no community or country can solve its development challenges alone. In Eritrea, solidarity, along with generosity, mutual support, and community, are especially common and deeply rooted in society.

Partly, this is the result of faith and religion. Eritrea is a highly religious country and the nation’s major faiths, particularly Christianity and Islam, call upon their adherents to be generous and extend help or support to others, especially the less fortunate. (The Christian tradition has considered giving [“Eishir”] a key religious practice, while for Muslims, giving [“Zakat”] is one of the five pillars of Islam.)

As well, the country’s various ethnolinguistic groups place great social value and deep significance upon the group and community. The latter is regarded as the basic units and fundamental building blocks of society. From early on, children learn that while communities and groups are comprised of individuals, there can be no individuals without the broader support, backing, and platform of groups and communities. It is commonly understood that the sum of the collective can be greater than the individual parts.

There are an array of social traditions and popular proverbs in Eritrea attesting to the great value and significance society places upon solidarity, generosity, sharing, giving, and supporting others. These include, for instance, “beyneka belae, beyneka moh’ut” (roughly translated as those who eat alone, die alone), “enqae nzeyfelt, haba men almedo” (those who do not know how to give, cannot know how to receive), and “habtam bezey deka neykeber” (the wealthy cannot have respect without the poor).

Moreover, every single day, in villages and communities up and down the country, individuals and groups readily demonstrate their solidarity, generosity, and selflessness. In rural areas people come together to work cooperatively and meet the needs of everyone in the community. Collectively, they work the fields, plant seeds, and harvest crops. Neighbors and community members also devote their time and resources to constructing homes or developing community projects. Of course, during the past several years, the outpouring of solidarity, generosity, and community support has also played an important role in the national fight against COVID-19 and its various adverse consequences.

Along with the various motivations outlined above, another one of the drivers of solidarity generosity, community, and mutual support in Eritrea is the powerful sense of duty and obligation. On one level, as humans and neighbors, many regards it as a basic duty and obligation to support one another and help the less fortunate: it is only right and appropriate. However, the sense of duty and obligation also applies to and is particularly evident in the support extended to veterans, contributions to families of those who have fallen, and contributions to the country from nationals living abroad. Over the years, many Eritreans shed blood and gave life or limb, making great sacrifices in order to bring independence and defend the sovereignty of the nation. Thus, individuals and groups understand that it is a special duty and obligation to demonstrate appreciation, preserve their legacy, and support them or their families in any way.