Seminar on objective situation in homeland 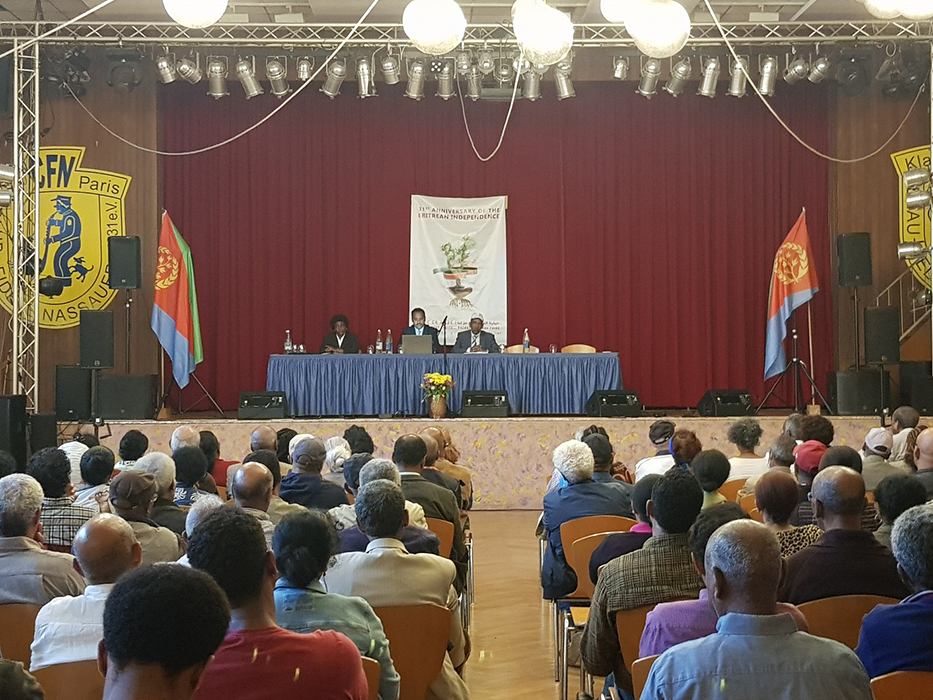 Asmara, 14 June 2022- The General Consul of Eritrea in Germany organized seminar to nationals in Frankfurt focusing on the objective situation in the homeland.

Indicating that in the past years of independence the people and Government of Eritrea have emerged victorious foiling overt and covert hostilities and have stride to a new stage, Mr. Kibreab Tekeste, General Consul of Eritrea, called on the citizens to strengthen organizational capacity and participation in the national affairs.

Mr. Kibreab also gave an extensive briefing on the effort being exerted to provide timely consular service, develop the contribution of nationals in the national development drives, ensuring the rights and interests of nationals abroad, as well as strengthening national unity.

Commending the participation of nationals in general and that of the youth in particular in the 31st anniversary of the Independence Day celebration, Mr. Kahsai Tewolde, head of Public and Community Affairs, called for strengthened participation for a better outcome.

The participants on their part expressed conviction to strengthen capacity and contribution in the national affairs.

A similar seminar was also organized in Kassel, Germany, in which a number of nationals took part.