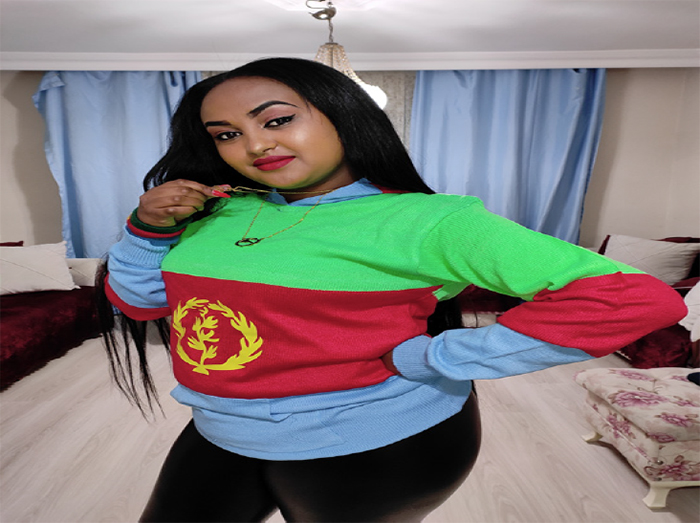 Our guest today is Helen Tesfay, a shining comedian, actress, film director and screen writer. She has recently won Shamot award for best actress of the year. She is known for playing Maku, a character in a sitcom aired on Eri-TV.

At that time, I was abroad and I didn’t even know I was nominated. They invited my husband to participate at the ceremony but he wasn’t also able to participate. But he called me immediately after he learned that I had won the award. It’s truly an honor to be a winner of this award, and I celebrated that moment in Turkey along with some Eritrean friends. When I arrived at Asmara International Airport, my crew and my husband surprised me with a great company and the trophy right at the airport. That was very nice.

It was a feature film, Bahgi, written by Samuel Kifle and directed by Habtom Andebrhan. I acted as a pampered girl that had a foreign accent; the character’s name is Naemi. At first, I was a little bit nervous because I joined the team later. I wasn’t in the original cast. I joined the team when the actor that was supposed to play the charter I ended up playing quit for some reason. It wasn’t easy for me to imitate a foreigner’s accent within a short time, but I tried my best to do it. Thanks to the director who assisted me a lot to play the character well.

Most of the time she is emotional and self-centered, but she is also affectionate, sentimental, responsible and a fun lover. Endazmam sitcom is very special to me. It has been on the air for three years now which has given me a lot of experience. By the way, I am currently out of the team because of the journeys I’m making. But I am grateful for the wonderful time I spent with the team whom I consider my family.

The public’s reactions are quite nice and many people encourage me to continue and give me constructive ideas on the character. But many other people also feel angry about the insolent character that I play in the sitcom. In any case, I am grateful for that and love the character.

I’ve had an interest since early childhood, and when I was in junior high school, I was acting during school holidays. But I became close to acting influenced by some cultural troupes that used to rehearse in our neighborhood, Tsetserat. I was watching them regularly while they were practicing stage plays. Shortly thereafter I joined them and started to appear in several plays with them. This was in 2013 while I was a 10th grade student. I performed my first stage drama at the opening of the Eritrean National Festival held at Expo grounds. The drama was in Tigre language, and it was directed by Mohamed Ibrahim. So the cultural troupe, Srhit Seleste’s, influence became a corner stone of my acting career. Then one year later, I joined Efriem Kahsay’s (aka Wedi- Kuada) acting class and obtained a certificate. Then I headed to Mai-Sirwa Military Training Center as part of my national service and came back to Asmara to officially become a member of the cultural troupe. I then started to appear in comedies and short plays.

It was great. Before I took the course I thought experience was enough to act, but after I completed the class I learned that the acting academy is essential in shaping you as an actor by blending the gift you have and the skill you’ve acquired through experience. The course surely helped me to deepen my knowledge about the art of acting. The formal classes help you to be more confident and disciplined in the acting career. What we learned in class was accompanied by practical sessions, and we performed in plays staged on different public occasions while we were studying.

You are right. I completed the film scriptwriting and directing classes just last year at Wedi-Kuada’s. But now I am busy, overwhelmed by acting, rehearsals and, of course, household chores. So, I can’t say that I’ve worked enough in film scriptwriting and directing. Of course, I try to write in the little time I get. I’ve written five comedies and one feature film, and I’ve directed two comedies. But I have a plan to do more in the future. 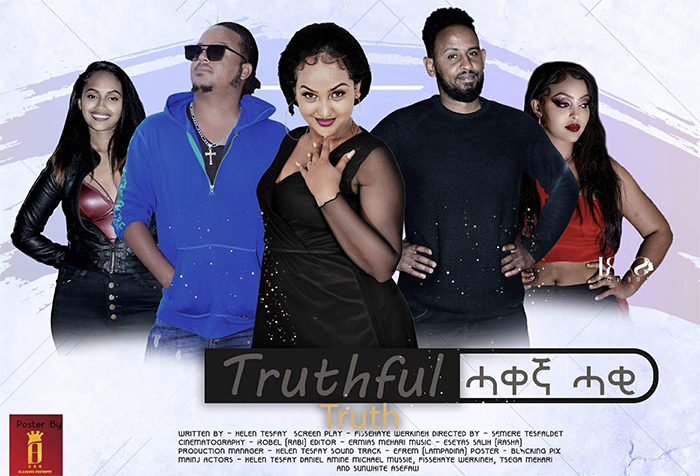 I believe that the ambition, endeavor, determination and commitment are the way to success. When it comes to my own experience, it all began in my early childhood with great desire to be an actress. And I didn’t merely dream to be a comedian but I toiled many years to realize my dream. My success is also an outcome of the efforts of my family. My husband, my mother, my mother-in-law are all reasons for my success. They are always on my side, encouraging me to go on and helping me in taking care of my baby while I am gone for rehearsals and shooting. I really thank them for they are always on my side, and I believe my success wouldn’t have been possible without them.

At least he can understand the situations and the challenges I face because he knows that as an artist. I spend hours out of home leaving my baby with him, and there are occasions when we spend long hours during rehearsals, but he understands that. Sometimes I rehearse at home and he gives me feedback. His encouragement has helped me to go forward and focus on my career. He supports me in my work and assists me with a lot of stuff at home; so it’s absolutely an advantage for me.

Working towards Fistula Eradication: An Issue of Rights, Development, and Dignity