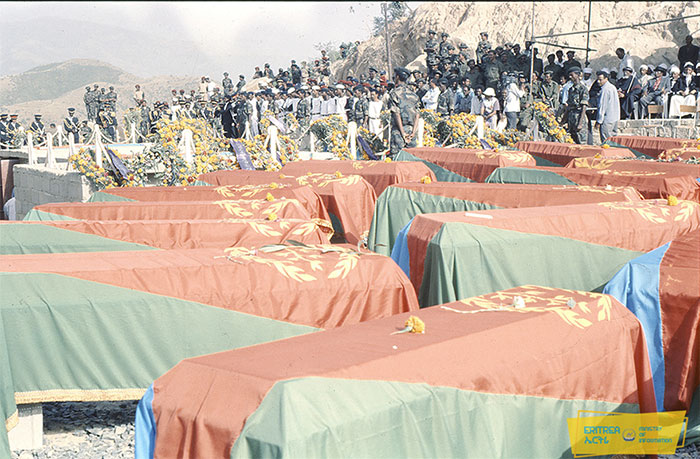 The observance of Martyrs’ Day on June 20 is Eritrea’s revered tradition with a set of practices that regulate the values and norms of behavior of the Eritrean people. In independent Eritrea, Martyrs’ Day was the very first officially celebrated national occasion on June 19, 1991. Tegadalay Isaias Afwerki, then chairman of the EPLF, appeared at Asmara Stadium and delivered his first historic post-independence speech to the Eritrean people. On that historic Day, the EPLF made an announcement declaring June 20 Eritrea’s Martyrs’ Day.

June 20 was selected to be Martyrs’ Day to pay tribute to the many Eritrean fallen heroes who on that Day in 1982 brought to an end Ethiopia’s sixth offensive, known by the Ethiopian regime as the Red Star Campaign, which was launched with much fanfare “to crush once and for all Eritreans’ armed struggle for independence.” It marks the end of the greatest sacrifices we made to crush the sixth offensive, Ethiopia’s biggest military campaign launched against the EPLF that lasted over three months.

On June 20, Eritrea will mark the 31st Martyrs’ Day, that will be observed inside Eritrea and wherever the Eritrean diaspora live to pay homage to the heroes and heroines of the country who gave their lives for a united, independent and sovereign Eritrea.

Eritreans have respect for their martyrs. At the opening and closing of every official event or ceremony, big or small, there is always a moment of silence in remembrance of the martyrs. H.E President Issaias Afwerki lays wreath at the Patriots Cemetery in Asmara and delivers a speech. Candle light vigils are held by communities and memorial services given in mosques and churches. Shops and offices are closed. Eritrean communities at home and abroad make contributions as part of their responsibility to take care of families of the martyrs while artists express their veneration and admiration for martyrs through poems, songs, drama, films, painting, and other works of art. Here is an extract from a poem titled “eulogy to our martyrs,” which was composed before Eritrea’s independence by an anonymous 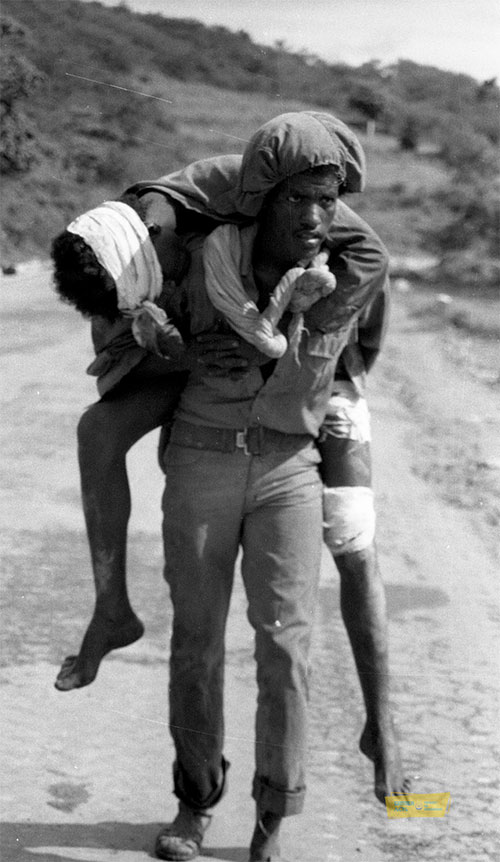 “Our revolution is now blooming

Our endeavors are rewarding

Paid by our martyrs’ blood so dearly

Engulfing us with their love so fervently

Your wise utterances are irretrievable

While we miss you immensely

We don’t atone your heroic deeds

For we know without sacrifices

Without surpassing all the meandering roads

Our goal will be a shame — a dream”

When I was very young I thought martyrs were extraordinary creatures, not like us, although two of my immediate uncles are martyrs. Their certificates of martyrdom and patriotism hang on the walls of my grandfather’s house. Of course, through time I realized that martyrs lived and breathed like other human beings as we do. However, I still think of our martyrs as extraordinary because their journey was extraordinary.

The independent state of Eritrea was founded on the EPLF’s victory in the longest war of liberation in Africa from 1961- 1991. Following independence, Martyrs’ cemeteries were constructed throughout the country and the remains of all the fallen heroes during the struggle for independence were collected and taken to their final resting places, martyrs’ cemeteries.

Eritrea’s martyrs paid the ultimate price for the unity, dignity, liberty and sovereignty of the country, and they are revered for what they did to fight against foreign occupation, intimidation and aggression. 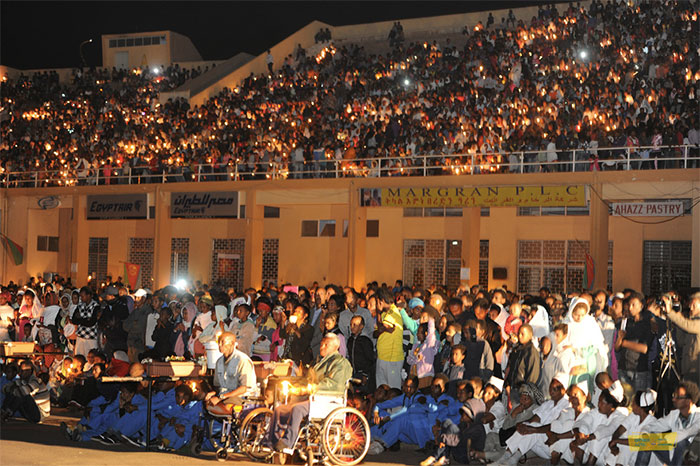 Our martyrs consciously chose to give up wealth, the comfort of married life, and the possibility of a glittering academic and professional life. Their heroic actions and ultimate sacrifice constitute the precious treasure of the past. Remembrance helps to bind Eritreans together, and the observance of June 20 has a meaning that binds individuals to one another. At the same time, it allows for a continuous flow of actions, narratives, images, meanings, values and others from one generation to the next.

Martyrs’ Day binds Eritreans together as a political community. It is a centripetal force of attraction and connection rooted in a set of norms and values as well as the shared memories of a community.