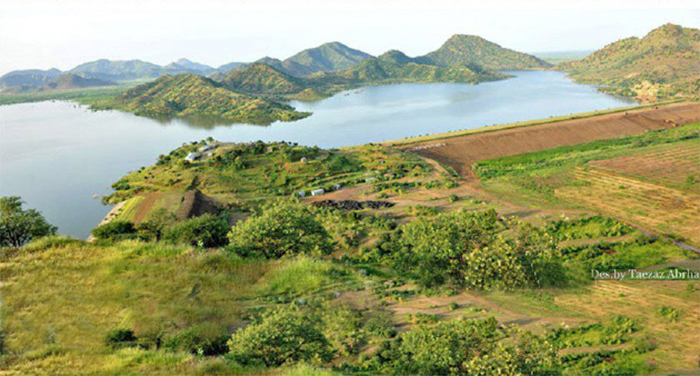 “We have not inherited this planet from our ancestors. We have borrowed it from our children.”

Desertification is an increasing ecological problem. It occurs when fertile land becomes desert through deforestation, drought or improper agricultural practice. World Day to Combat Desertification is commemorated worldwide on June 17 to raise the public’s awareness about and support for international efforts to combat desertification and the effects of drought.

The United Nations Convention to Combat Desertification (UNCCD) was established in 1994 to protect and restore our land and ensure a safer, just, and more sustainable future. It is the only legally binding framework set up to address desertification and the effects of drought. There are 197 parties to the Convention, including 196 countries and the European Union. The Convention Based on the principles of participation, partnership and decentralization, the Convention is a multilateral commitment to mitigate the impact of land degradation and protect our land so that it can provide food, water, shelter and economic opportunity to all people.

The Conference of the Parties (COP) was established by the Convention as its main decision-making body. It consists of governments and organizations such as the European Union and is responsible for guiding the Convention to respond to global challenges and national needs.

The Convention’s core mission is fighting land degradation, drought and desertification. Mr. Semere Amlesom, Director General of Agricultural Extension Department at the Ministry of Agriculture (MoA) and a National Focal Person to UNCCD in Eritrea, said that as one of the countries that are most affected by drought and the expansion of desertification, Eritrea became a member of UNCCD in 1996.

Deforestation, which is mainly caused by human activity and natural disasters, is one of the most serious environmental problems in Eritrea, where approximately 60% of the population lives on farming. It is often caused by clearing forests to expand farmland, overgrazing, cutting trees to build traditional houses and fences around homes and farmlands and over-dependence on firewood. Successive colonial rules and war were also major causes of deforestation in Eritrea.

Infrequent and uneven distribution of rainfall and prolonged droughts, particularly in the 1960s, 1970s, 1980s, and early 1990, also significantly contributed to the deforestation in the African Sahel region, including Eritrea. An increase in temperature, which leads to high rates of evaporation of moisture from the soil, is also one of the main contributing factors to deforestation and land degradation in Eritrea.

A combination of these factors has substantially reduced Eritrea’s forests cover. As a result, land degradation and soil infertility as well as pests and diseases increased while the biodiversity was lost, and this in turn intensified reduced agricultural production that affected the livelihoods of millions of people. According to the MoA, the annual net rate of soil loss from the croplands of Eritrea is estimated to be 12 tons/ ha and the crop yield is declining at an average rate of about 0.5 percent /annum owing to soil loss alone.

Since 1991, the Government has been taking initiatives to combat desertification and drought by adopting different mechanisms and by mobilizing the population, which include: promoting soil and water conservation in catchment areas, farmlands and along rivers and streams; strengthening reforestation and afforestation programs; expanding enclosure area systems for natural regeneration; strengthening the conservation of natural forests and introducing proper forest management practices including the establishment of forest reserve areas; introducing and using energy efficient technologies and devices for cooking, cooling and lighting; developing and expanding renewable energy supply technologies; expanding the use of liquid petroleum gas (LPG) and kerosene.

The Government has initiated a series of painstaking soil conservation activities on degraded catchments, including croplands, by mobilizing local communities and designing national development projects. Hillside terraces have been constructed on uncultivated land, and trees and shrubs planted. Bench terraces, soil bunds and stone bunds have been constructed on cultivated land and check-dams constructed along waterways to reduce sedimentation and run-off.

Around 192,000 hectares on-farm and 82,000 hectares off-farm land has been treated with different kinds of structures, and around 4.5 million cubic meter of check-dams constructed by mobilizing communities. One of the notable achievements over the past 30 years is the substantial increase in the number of water-holding structures. At independence, there were only 138 ponds and dams in the country, which were largely concentrated in the highlands of Eritrea. Currently, however, the figure is 785 and some of the biggest dams are now located in the lowlands where there were no dams.

Since 2006, around 55 million tree seedlings have been planted in catchments, along roadsides, schools, public spaces, and on the grounds of different government and religious institutions. In the eastern lowlands of Eritrea, date palm plantation is being promoted with around 21,000 date palm trees having been planted and a plan to raise the number to 200,000 by 2026, within five years.

With 65% of the Eritrean population in rural areas and 35% of the population in towns and cities still depending on biomass, the problem of energy has not yet been solved in the country. Over-dependence on biomass has been one of the major causes of deforestation. To minimize the problem, an energy-saving stove, locally known as Mogogo Adhanet, has been made and promoted for wider use. The introduction of the stove in villages and towns has already reduced firewood consumption by more than 50%. More than 170,000 such stoves are currently in use.

Establishing and protecting enclosures is very important for the environment to restore itself. An enclosure allows the forest to regenerate itself in a short period and is the easiest and cheapest way to reforest an area. The MoA has been working on establishing protected areas at national and community levels and has outlined a plan for every local administration to have its own protected area according to its own conditions. River basins that should be included in an enclosure have been identified and studied.

The MoA has so far established a total of 396,930 hectares of protected areas and about 800,000 hectares of land has been proposed to be enclosed to promote natural As a way to combat land degradation, Eritrea has been shifting towards Compost and Liquid Fertilizer Production since 2021. Compost and liquid fertilizer produced in Massawa and Asmara with the collaboration of the MoA and the Ministry of Marine Resources is being given out to farmers as substitution of chemical fertilizers.