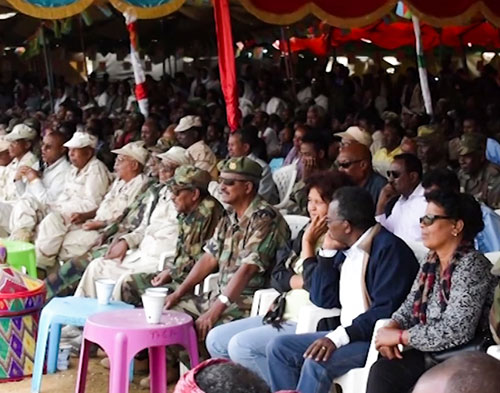 Mendefera, 05 July 2022- Residents of several sub-zones in the Southern Region organized entertainment program to members of the Eritrean Defense Forces that are participating in the implementation development programs in their areas and safeguarding the national sovereignty.

The program that was organized by the administrations and Central Command of the Eritrean Defense Forces was conducted from 25 to 30 June at the sub-zones of Senafe, Adi-Keih, Emni-Haili, Tserona, Mai-Aine and Adi-Quala.

At the occasions in which the Governor of the Southern Region, Mr. Habteab Tesfatsion, and Commander of the Central Command, Brig. Gen. Tekle Kiflay took part, the administrators of the sub-zones said that the objective of the entertainment program was to express gratitude to members of the Defense Forces that are tirelessly occupied in safeguarding the national sovereignty and participating in the development programs.

The administrators commended the evident contribution of the members of the Defense Forces in the construction of infrastructure and social service institutions, supporting families of martyrs, as well as in combating the spread of COVID-19 pandemic. 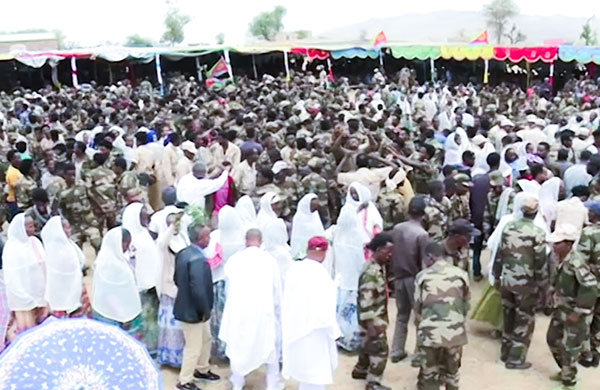 The Commanders on their part said that the program attests to the profound respect the Eritrean people have towards their defense forces and expressed appreciation for the entertainment program.

The entertainment programs have been highlighted by cultural and artistic performances by Egri-Mekel cultural group of the Central Command.