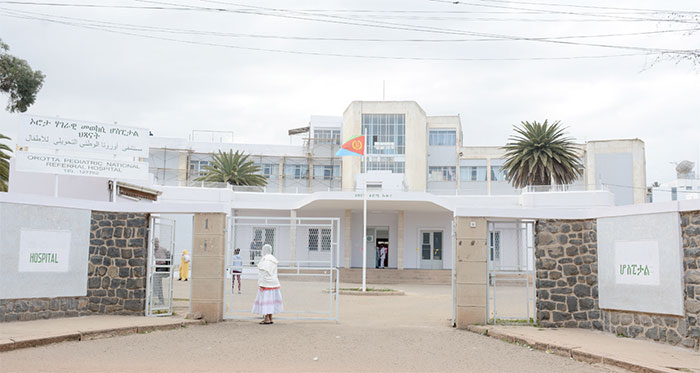 The National Health Policy (NHP) of Eritrea promotes the enjoyment of the highest attainable standard of health for all as one of the fundamental rights of every citizen. The policy gives priority to the health and wellbeing of all through universal access to affordable, quality and essential health services delivered through resilient and responsive health systems. Its mission is ensuring physical, mental and social aspects of health of the people of Eritrea by providing Universal Health Coverage (UHC).

Right after independence, one of the priorities of the government of Eritrea was replacing the incapacitated healthcare facilities it inherited and building new ones in areas where there had been none. The NHP stipulates that the building of new healthcare facilities by identifying areas where they are needed and expanding services to reach all citizens will continue.

Eritrea’s mission to achieve UHC and the progress on several fronts are very encouraging. The following indicators demonstrate that Eritrea has been moving towards the attainment of UHC.

Eritrea has been successful in the Expanded Program on Immunization (EPI), achieving virtually universal (98%) immunization coverage. It was given an award by Global Alliance for Vaccine Initiative (GAVI) on October 17, 2009 in Hanoi, Vietnam, for its high and sustained immunization coverage. In 2016, Eritrea was also given the 2016 UNICEF award in recognition of its outstanding achievement in vaccine management.

Eritrea has made significant progress in securing mother and child care and in controlling and preventing communicable diseases. The plan is now to improve the quality and coverage of healthcare services by maintaining what has been achieved. 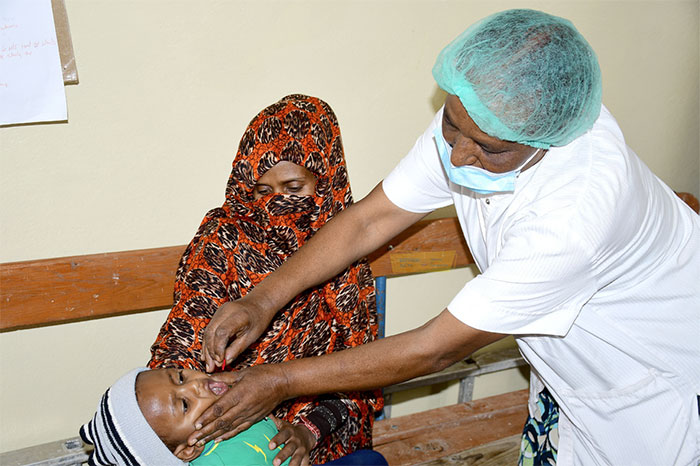 As shown in the World Health Statistics Annual Reports (WHO, 2016), during the same period, the average reductions in Africa were 45%, 38% and 54% for maternal, neonatal and under-five mortality respectively. Life expectancy at birth, which is considered a summative health indicator, increased by 35%, from 48 years in 1990 to 65 years in 2016 (62.9 years for males and 67.1 years for females), while the healthy life expectancy at birth was estimated at 57.4 years in 2016.

Eritrea has also made considerable strides in avoiding harmful traditional practices that affect health, especially on women and girls. To abolish Female Genital Mutilation (FGM), the government issued a Proclamation in 2007 making it a criminal offence to perform female circumcision. Since then, Eritrea has made great progress in ending FGM and related causes of health issues. At independence, around 95% of Eritrean women underwent circumcision, but according to a 2010 report, this number has decreased.

The prevalence of HIV in the general population was 0.93% in 2010. At this time HIV prevalence (in ages above 15) is estimated at 0.22%. Moreover, in terms of malaria control, Eritrea is working towards pre-elimination phase. From 1999 to 2020, malaria-caused death was reduced by 98%. As a result, HIV and malaria prevalence have not only been reduced to the lowest level but are on the elimination phase.

There are now emerging issues related to communicable and non-communicable diseases which include cardiovascular diseases, cancer, respiratory diseases, psychiatric conditions and congenital anomalies leading to diseases. Road traffic injuries are high, mainly affecting the productive and young population, with increasing mortality levels over the years. There is no evidence of reductions in the trend of these diseases. On the contrary, according to the MoH, malaria, tuberculosis, HIV-AIDS and pregnancy and delivery related deaths are projected to be kept at the current level or be reduced.

Eritrea is one of the few countries that have succeeded in controlling COVID-19. The total number of confirmed cases of COVID-19 since its outbreak is 9,805. Of the confirmed cases, 9,691 have recovered. A number of factors enabled Eritrea to prevent any high prevalence.

The Government’s adoption of strong, aggressive and prompt Non-Pharmaceutical measures helped prevent the spread of the virus and gave critical time to prepare the healthcare system, while systematic screening, tracing, isolation, and social distancing measures were important in reducing local transmission. Clear and consistent information given by the MoH and the Government and the public’s adherence to guidelines and safety measures have helped to keep the virus at bay.

It should be noted that Eritrea’s accumulated experience in fighting endemic and communicable diseases has played an important role in controlling COVID-19 by enhancing its responsiveness and the resilience of its healthcare facilities.