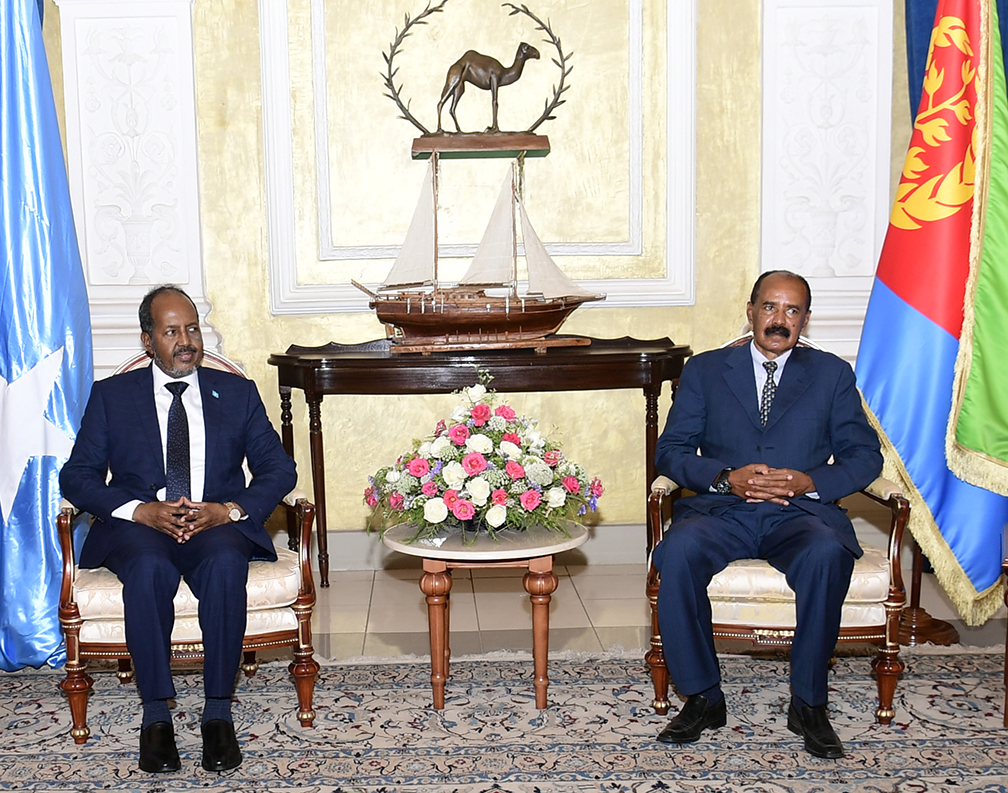 Asmara, 09 July 2022-President Hassan Sheik Mohamud of the Federal Republic of Somalia arrived in Asmara in the afternoon hours of today for a four-day official visit on the invitation of President Isaias Afwerki.

Upon arrival at the Asmara International Airport, President Mohamud and his delegation were accorded a warm welcome by President Isaias Afwerki. 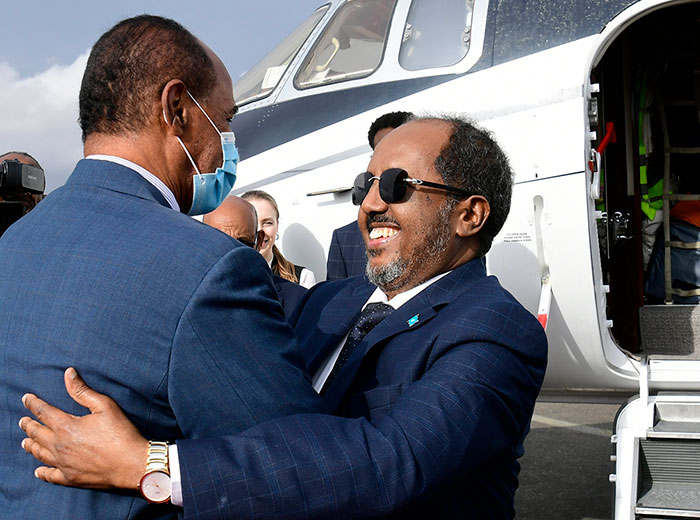 In their first official meeting held this evening, the two Presidents discussed further consolidation of the warm ties between the two countries as well as regional issues of mutual interest.

President Hassan Sheikh Mohamud and his delegation will visit various parts of the country and ongoing development programs.

It is to be recalled that Eritrea and Somalia have signed a Friendship and Cooperation agreement in July 2018.