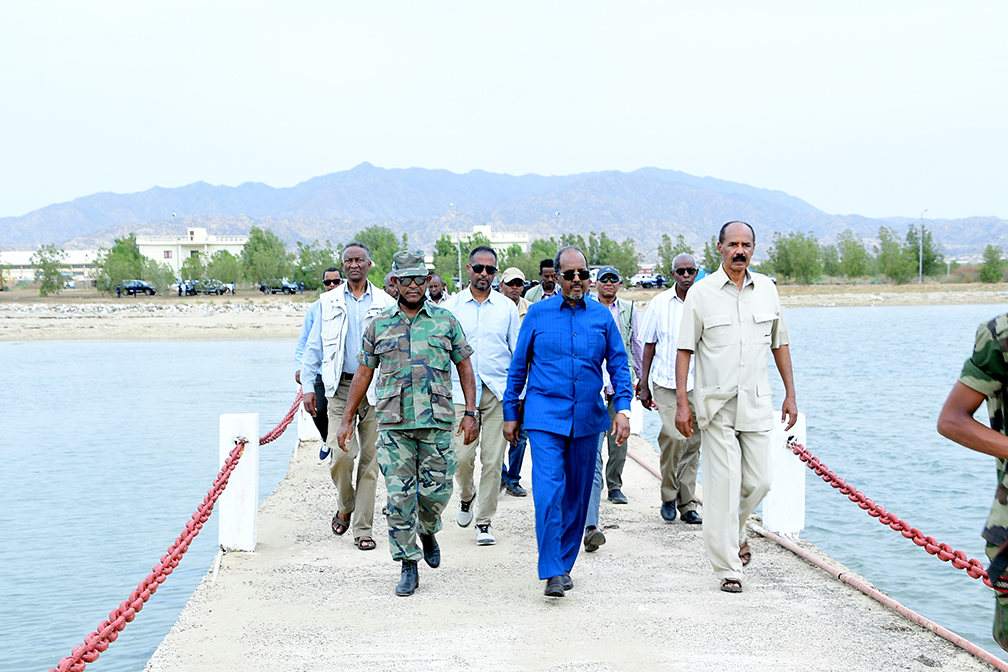 Asmara, 11 July 2022- On his third-day official visit to Eritrea, President Hassan Sheikh Mohamud of the Federal Republic of Somalia accompanied by President Isaias Afwerki today, 11 July, visited the port city of Massawa and its environs.

President Hassan further met and inspected military parade of the speed boats of members of Somali National Army who have been receiving naval training in Eritrea. 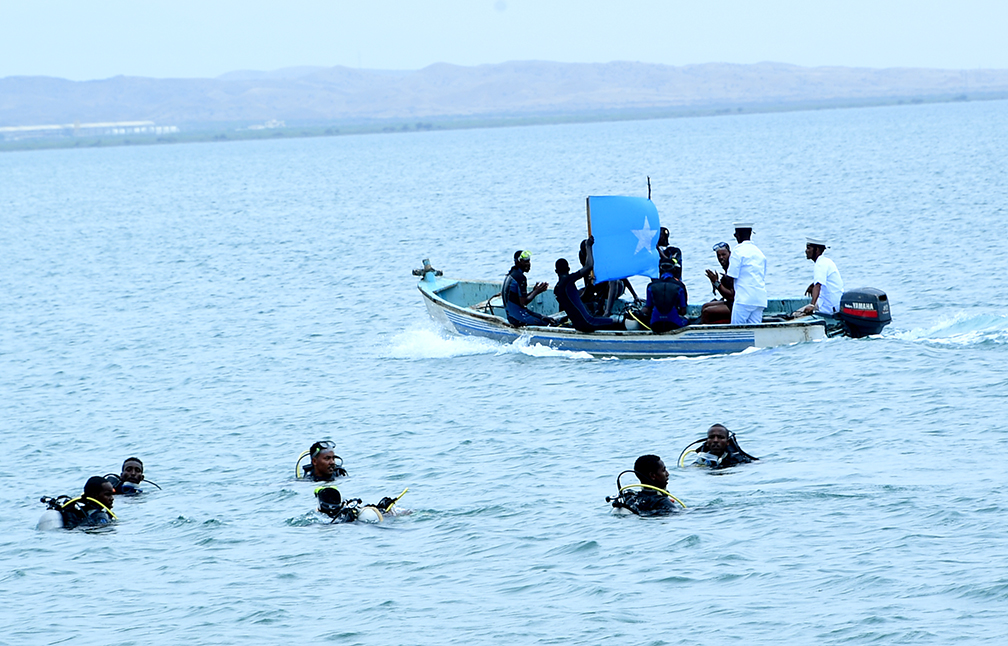 Speaking to the trainees, President Hassan indicating that the trainees are offspring of the once strong Somali Naval Force, are to date part of the force that is under restoration and that a lot is expected from them.

The reception was attended by senior Eritrean Government officials as well the Somali delegation that accompanied President Hassan.

The occasion was highlighted by cultural and artistic performances by ‘Sibrit’ cultural troupe. 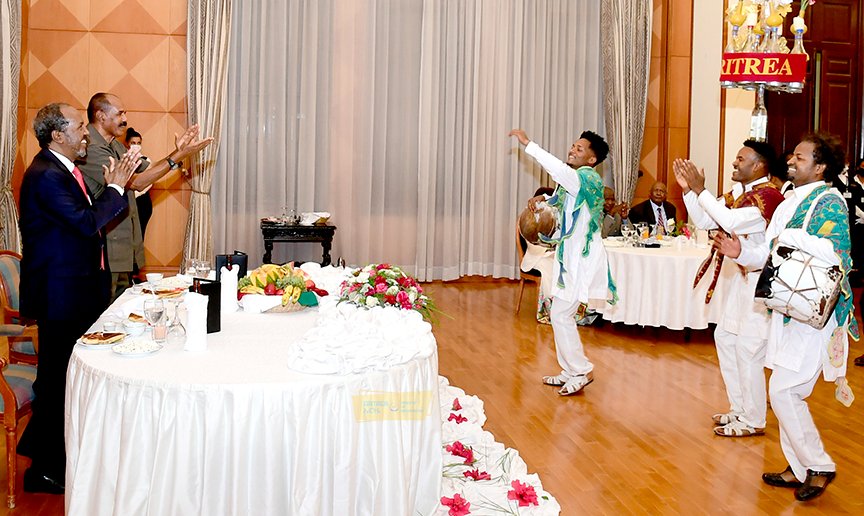